Biden announced the promotion of diplomatic and security "strengthening the alliance"... Takeover spur

US President-elect Biden has once again emphasized the strengthening of the alliance as he officially announced the election of the first cabinet. As the US government finalizes the results of the presidential election, the takeover process is accelerating. 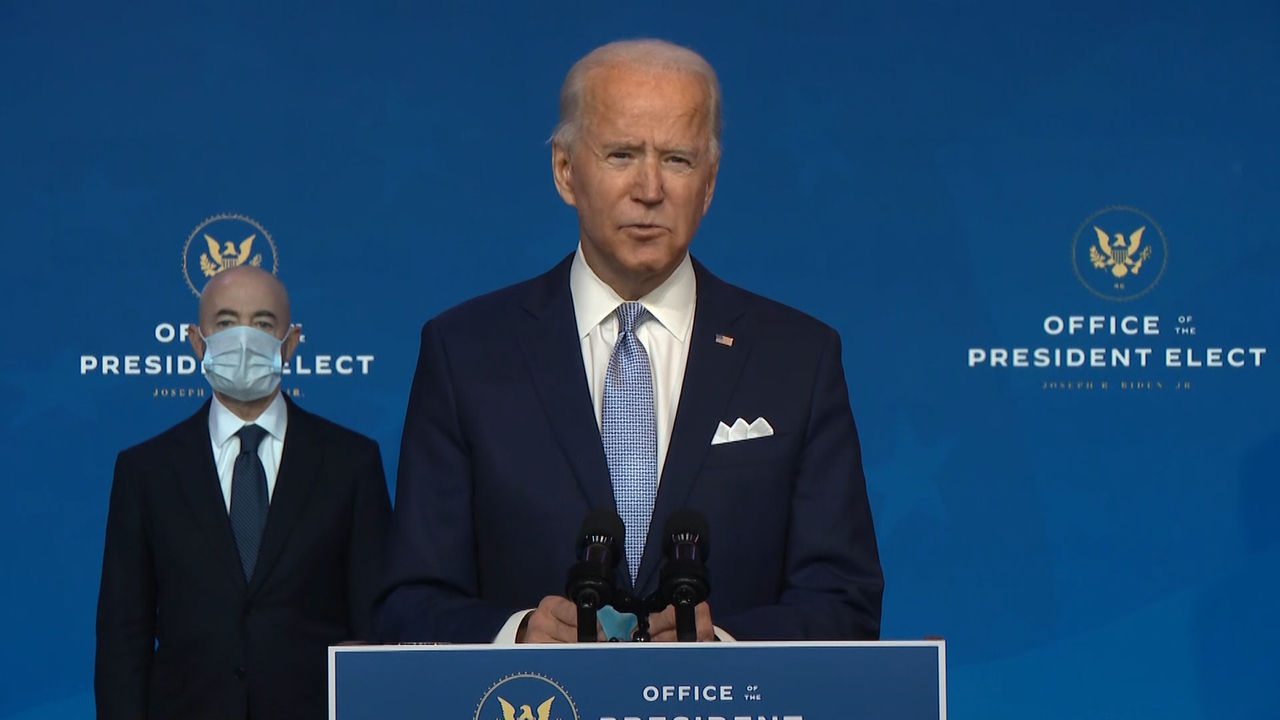 US President-elect Biden once again emphasized strengthening the alliance when officially announcing the election of the first cabinet.

As the US government finalizes the results of the presidential election, the takeover process is accelerating.

By introducing the nominee of Secretary of State Blincoln and the nominee of the White House National Security Adviser at Sullivan, he repeatedly emphasized that the basis of foreign policy is not US priority, but'strengthening alliances'.

[Biden/U.S. President-elect: The diplomatic and security team behind me will materialize my unwavering conviction that the United States becomes strongest when it comes to alliances.] After the

election results are certified, the takeover process accelerates in earnest. There is.

The Federal General Administration has decided to provide 8 billion won in funding, manpower, and offices to Biden's acquisition committee, and key ministries, such as the White House and the Ministry of Defense, have also formalized the transfer of power and started the application process.

The homepage address of Biden's subsidiary, which ended in'.com', has been changed to the homepage of the US government.

President Trump, who ordered cooperation with the takeover but said he would continue the lawsuit, attended the turkey pardon, in line with the White House tradition.

As if he was trying to check the foreign policy of President-elect Biden, he emphasized US priority.

[Trump/U.S. President: We extend our love to our military and law enforcement personnel who keep the United States safe.

It is known that the White House Secret Service is preparing to protect Sister Trump, and there are analyzes that it is in full-scale preparations for retirement.