Comment: The EU is stuck in a legal quagmire

The EU's corona revival and budget for the next few years are stuck in a legal impasse that is strange even by EU standards, writes Special Editor Jan Hurri. 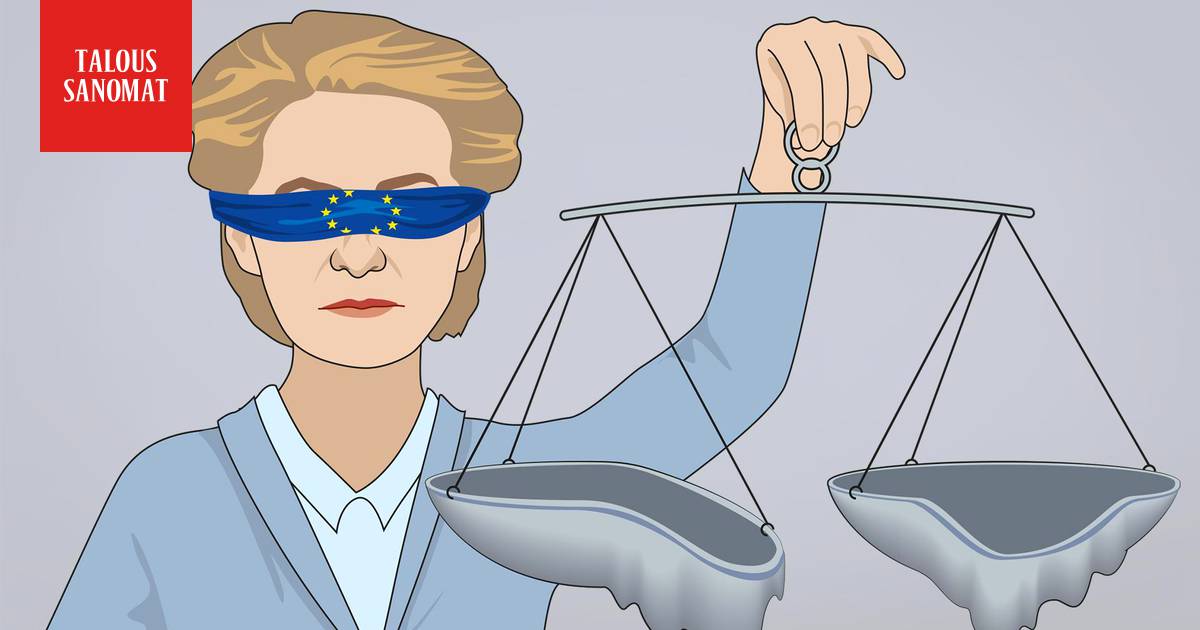 As early as last July, the political leaders of the EU countries agreed and announced that the EU would begin to repair the economic damage of the interest rate crisis with historically large-scale joint recovery measures.

As much as EUR 750 billion in stimulus funds had to be channeled into emergency stimulus measures to finance an equal amount of debt financing from the financial markets for the Union's common peak.

At the same European Council in July, EU leaders agreed on the Union's next seven-year financial framework, the 2021-2027 budget.

However, the calendar is now in its final stages in November, but the EU has not been able to reach all the necessary agreements to strengthen the corona stimulus package or the financial framework.

In itself, there is nothing new and surprising about the fact that even minor decisions on these major monetary issues can easily take months before agreements between EU countries become enforceable EU decisions adopted at all the necessary stages of the EU's multi-generational governance structure.

But this time, the steering wheel is stuck with money issues of a larger scale than usual - which, in addition to the usual slowness of the decision-making machinery, are stuck in one of the strangest and more difficult dead ends.

Two reasons for the stalemate

The controversy that delayed the recovery of the corona and the strengthening of the financial framework has first ignited, then escalated and is now stuck in a dead end, roughly reduced to two main reasons:

In chronological order, the first issue of controversy is the long-standing and gradual intensification of the rule of law and outright violations of the rule of law by the governments of some EU countries - especially Poland and Hungary.

Another reason for the escalation of the dispute is the EU's intention to make the requirement of respect for the rule of law a condition for receiving EU transfers of income for the first time.

In short, the EU would like to urge member states to respect the rule of law before a country receives a single euro from the Union's budget or interest rate recovery funds.

These issues have given rise to a contractual deadlock, as the adoption of the EU Recovery Fund and the multiannual budget - as well as the rule of law conditionality - require unanimous decisions by all Member States.

All the EU institutions involved in the dispute and the leaders of the 25 Member States in the European Council are in favor of the stimulus package, the multiannual budget and the rule of law.

But two of the 27 Member States, Poland and Hungary, have taken a stand together and separately.

They do not accept the link between EU funding and the rule of law.

Thus, the corona revitalization described by the EU as urgent and the budget for the forthcoming seven-year period are stuck when the unanimity they require has not been reached.

The controversy is jamming up to a total of € 1.8 trillion in EU funding.

Strange and even weirder controversy

One of the strange features of the great monetary dispute in the EU is the somewhat complete surprise of both the emergence of this impasse and the entanglement with it.

Frankly, the monetary drama exacerbated by the rule of law is roughly reminiscent of the clumsily scripted "surprise twists" of reality TV series.

The EU's preparatory institutions and all EU countries have years of experience in understanding that no administrative crackdowns will work if they require unanimous decisions by the Member States, and if the Member States to be handed over can take part in the vote themselves.

Formally, the country to be handed over will not vote on self-imposed handicaps, but Poland and Hungary have long avoided handovers by taking turns vetoing each other.

It is easy to deplore the duo, firstly, of violations of the rule of law and, secondly, of tactics that avoid austerity measures, but they have the right under the EU treaties to vote on EU decisions as they see fit.

The stalemate in EU funding and the rule of law in the wake of Poland and Hungary is by no means surprising, but, on the contrary, a turn that was to be expected in all respects.

Therefore, linking funding and the rule of law in the current EU contractual environment is more surprising and bizarre than escalating the link into controversy.

Another perhaps even stranger feature of the great monetary dispute is not only strange but also absurd in its own strange way.

This is particularly true of the EU's major corona recovery package.

Sections should be followed and violated

In particular, there are doubts about the intention to raise up to EUR 750 billion in funding for the recovery fund on behalf of the EU through debt financing on the financial markets.

What makes this debt intention questionable is the article in the EU Treaties that the EU's revenue and expenditure must be in balance - and the EU must not finance its expenditure into debt.

The recovery fund can, of course, be considered necessary and the debt ban foolish, but still:

As long as the debt ban is in force but the costs of the recovery fund are still to be financed as debt, it is easy to see a contradiction between them and arrive at an interpretation of the large-scale contractual heap being prepared in the name of corona recovery.

As such, the dubious treaty loophole becomes absurd when a Member State is required to comply with the second article of the same EU Treaties, the rule of law, as a condition for debt recovery in breach of the EU Treaty's prohibition on debt.

Conflicting demands seem to have given rise to a strange and absurd legal mess in which member states must commit to one agreement in order to join a financing arrangement that violates another.