After resuming security coordination with the occupation, the Palestinian Authority is about to return its ambassadors to the UAE and Bahrain

In a surprising development, a Palestinian official said on Wednesday that the Authority is about to return the two ambassadors to the UAE and Bahrain after they were summoned to protest the two countries' signing of agreements, mediated by the United States, to establish relations with Israel. 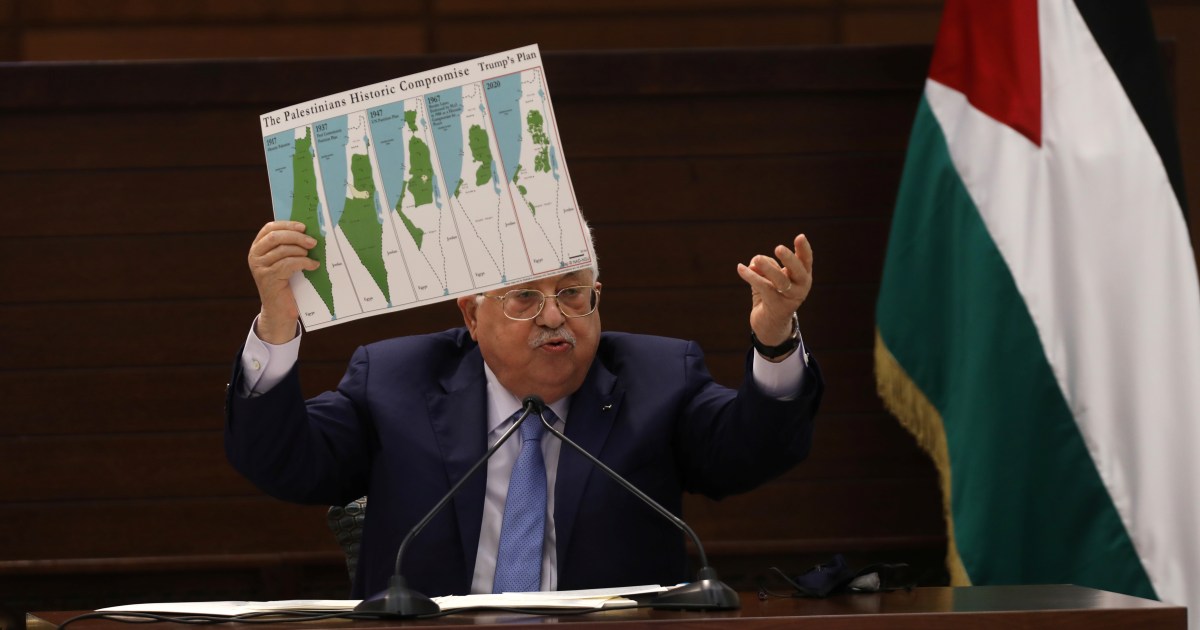 In a surprising development, a Palestinian official said on Wednesday that the Palestinian Authority is about to return the two ambassadors to the UAE and Bahrain after they were summoned to protest the two countries' signing of agreements, mediated by the United States, to establish relations with Israel.

Last August, the Palestinian Authority withdrew its ambassador to Abu Dhabi, confirming its rejection of the announced normalization agreement between the UAE and Israel.

Last September, the Palestinian Foreign Ministry summoned its ambassador to Bahrain, declaring its strong rejection and denunciation of the normalization agreement between Manama and Tel Aviv, and considered it a betrayal of Jerusalem, the Al-Aqsa Mosque and the Palestinian cause and support for the legislation of the heinous crimes of the occupation against the Palestinian people.

On Tuesday, the Palestinian Authority announced that the course of the relationship with Israel will return to what it was, about 6 months after the announcement of the cessation of Palestinian-Israeli relations.

Palestinian Prime Minister Muhammad Shtayyeh said, "We received a paper from Israel pledging to abide by the agreements with us in response to an initiative on our part, and therefore we announce the resumption of contacts." He added that peace with the Palestinians is what will comfort Israel regardless of who will normalize with it.

In an interview with the Council on American Foreign Relations, Shtayyeh said that they assume the demise of Trump's vision for peace that they rejected upon the end of his term, noting that there is a big difference between what Biden says and what Trump did, and that the Palestinians hope that the new US administration will support the two-state solution based on the principle Land for peace, which remains the basis for a two-state solution, he said.

For his part, Palestinian Civil Affairs Minister Hussein al-Sheikh said - on Twitter - “in light of the communications made by President (Mahmoud Abbas) regarding Israel's commitment to the agreements signed with us, and based on the official written and oral messages we have received confirming Israel's commitment to that. The course of the relationship with Israel will return to what it was. "

Months ago, the Authority officially informed Israel to stop security coordination with it, in response to the occupation authorities ’plans to annex parts of the West Bank.

The Palestinian security services have also withdrawn all the security patrols in the areas under joint administration with Israel, specifically in the north and east of occupied Jerusalem.

Last May, the Palestinian Authority announced the suspension of communications with the US Central Intelligence Agency (CIA) in protest against Israeli proposals to annex parts of the West Bank.

The position of the factions

For its part, the Islamic Resistance Movement (Hamas) said Wednesday that the return of security coordination between the Palestinian Authority and Israel "will further deepen" the Arab normalization path.

And Qassem considered that "the parties (he did not mention them) that seek normalization with the (Israeli) occupation have always used the continued security coordination between the authority and the occupation as a pretext for its path."

He said, "The authority bears part of the burden of this path."

Palestinian factions, including the Islamic Jihad Movement and the Popular Front, announced their refusal to declare authority in this regard.