Madagascar has one of the lowest environmental indices on the planet. One in five deaths on the island is caused by environmental degradation and its effects on health. Different sci ... 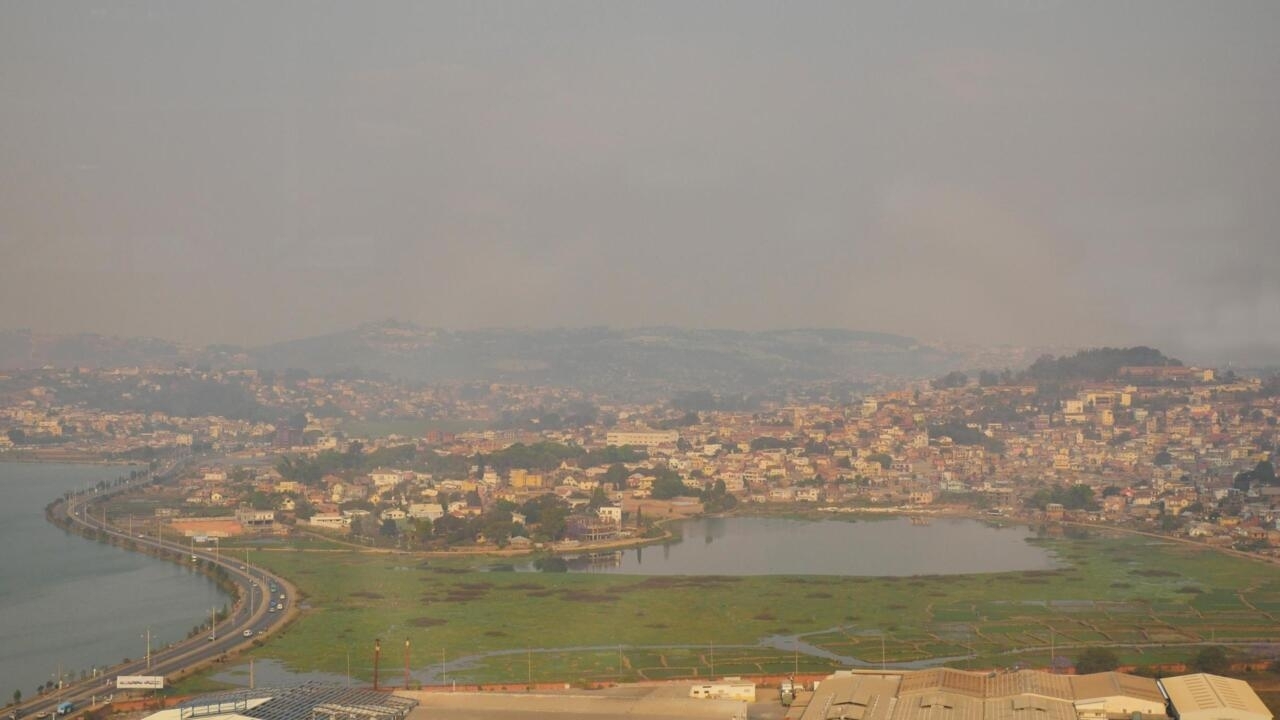 View of the Marais Masay.

Basically, the districts of the capital Antananarivo are buried by a thick cloud of pollution.

Madagascar has one of the lowest environmental indices on the planet.

One in five deaths on the island is caused by environmental degradation and its effects on health.

Various scientists have sounded the alarm bells during a day of conferences on this topic.

From our correspondent in Antananarivo,

In 2016, a study was launched on the concentration of heavy metals in live fish in rice fields in and around the capital.

Contamination of the aquatic environment with lead and chromium reaches levels far above the standards authorized by the WHO and FAO.

The accumulation of these heavy metals in the soil is noticeable up to 10 km around Antananarivo.

This comes from urban waste from industry, crafts, which are not purified.

And by the population, since there is no water treatment today.

All this dirty water trickles down to the Masay marsh, which feeds a large part of the rice fields around the capital.

Our observations indicate that fish farming, fishing, are incompatible in Tana with human health

pollution levels are too high,

And urban agriculture in general (watercress, rice growing) can be very problematic for human health and therefore should be open to question

As a reminder, lead poisoning can cause especially in children, mental retardation and profound intellectual disabilities.

A second study to be published soon which targets pollution in rural areas, reports a very high use of pesticides.

It was thus observed that in two days, water polluted by a cocktail of contaminants causes genetic mutations in the cells of rice, onion and the blood of fish.

An alteration that raises many questions.

As for air pollution, the study led by the National Institute of Nuclear Sciences and Techniques shows that the situation worsened between 2015 and 2017. Thus, when car traffic is normal in the capital, the level of pollution is 3 to 4 times higher than WHO standards, explains Lucienne Randriamanivo, head of the X-ray fluorescence and environment analysis department.

What we have observed is that on market days, the level of air pollution is very high, due to very heavy road traffic.

We sent the results to the urban municipality of Antananarivo, and to the deputies, so that they can make decisions.

But until now, we have not felt anything moving among the decision makers.

All these pessimistic data could nevertheless feed new thoughts on the crucial role of urban planning, of the rules set by the municipalities to better distribute these market days.

This day of conferences also showed how the issue of the impact of the environment on health was not only reserved for the ministries of health and the environment.

Customs, by controlling and banning the importation of old vehicles, could also have a key role in curbing this increasingly higher air pollution.

Just like civil society, which is already campaigning and raising public awareness of the risks involved.

Like the media, which alert and communicate on developments in the situation.

Or like science and its researchers, who, more than ever, are always pushing research further to uncover the problems of environmental degradation, and to propose solutions.

►Also read: Madagascar, the country most affected by the destruction of the environment

Madagascar: tourist guides are mobilizing for the protection of lemurs.