Condoms, prior authorization for advertising abolished

Thanks to the decree, companies and institutions will be able to team up to fight and prevent HIV and sexually transmitted diseases, but only one in 2 people uses condoms as a contraceptive 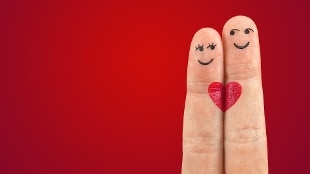 November 17, 2020 Today the publication in the Official Journal of the decree that excludes condoms from the ministerial authorization requirement for advertising and communication purposes.

The novelty is welcomed by the companies that produce mechanical contraceptives, one above all the Durex.

"We have enthusiastically welcomed the news of the signing of the provision that eliminates the prior authorization by the Ministry of Health for advertising on condoms. Finally, space is being given to free information, a fundamental element for sex education, especially among young people. Now, also in Italy, Durex will be able to fully support sexual prevention: we will be able to communicate quickly and with a language in which people can identify ".

This is the comment of Laura Savarese, Director of Regulatory & Medical Affairs for Southern Europe of Durex, a leading company in the production of condoms in the world.

"We believe that a more explicit and functional promotion of condoms to the needs, especially of the youngest, helps to effectively spread the culture of prevention in the sexual field and, consequently, to save lives", continues Savarese addressing "an applause

to the honorable Gilda Sportiello and Riccardo Magi

who brought the matter to the attention of the Social Affairs Commission of the Chamber "and" to the Deputy Minister of Health Pierpaolo Sileri for having accepted the requests and signed the provision ".

"Recognizing the exclusion of condoms from the current authorization process favors the action to combat sexually transmitted infections, allowing Italy - he underlines - to take a step towards the future. A future in which we will work to make the people even more supported and informed about the risks and responsibilities of their choices ".

"Our hope - says Savarese - is that the institutions welcome the need to team up with a brand like Durex, which has always been committed to prevention, in order to create a real alliance and to be able to achieve all prevention health objectives together. in the sexual field ".

With the exclusion from the authorization requirement for advertising purposes, companies will now also be able to support institutions in combating and preventing HIV and other sexually transmitted infections,

From a recent research by Durex, conducted in Italy on 500 people between 16 and 55 years - the company details - it emerged that before Covid-19 only one in 2 people used to use condoms as a contraceptive: this data is alarming, because the condom is the only contraceptive that can effectively fight the spread of sexually transmitted diseases.

One of the biggest enemies is still

in fact more than half of the interviewees say they feel embarrassed to buy condoms at the pharmacy.

Finally, Durex recalls the launch, which took place during the months of lockdown, of its 'Safe is the new normal' campaign, focused on promoting positive messages of change and overcoming an 'old normal' represented by poor sexual education, not very conscious choices, underestimating of risks.

The campaign conveys a message of breaking away from normality in terms of sexual habits typical of the period before the lockdown, raising awareness of the crucial role that prevention plays in this sphere as well.