SpaceX brings the US back to space

NASA returns to space. Crew Dragon launched, first US operational mission nine years after the last shuttle flight. Four astronauts to the ISS, 3 Americans and a Japanese. The spacecraft is from Elon Musk's SpaceX&nbsp; 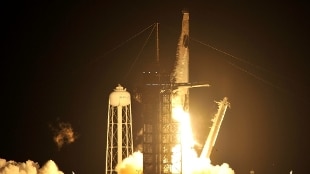 November 16, 2020 Shortly before half past one in the Italian night, Elon Musk's Spacex Crew Dragon capsule, carrying four astronauts, was launched from Cape Canaveral towards the international space station.

The launch, scheduled for last Saturday, had been postponed due to bad weather.

For the Space X program this is the first operational mission, after the May test, which brought two other cosmonauts to the ISS and which marked the resumption of launches of space vectors by the United States, interrupted in 2011, after the experience of the Space Shuttles.

Waiting for them on the orbiting station, the American Kate Rubins, flight engineer, and the two Russian cosmonauts, the commander Sergey Ryzhikov and the flight engineer Sergey Kud-Sverchkov.

The 4 astronauts will remain on the ISS for six months, during which they will carry out various scientific experiments.

Crew Dragon, the first rocket built by private individuals for NASA, thus seems destined to alternate with the Russian Soyuz for the missions of the international crews aboard the ISS.

The arrival at the orbiting laboratory is expected around 5 am tomorrow, after 27 hours of flight.

This time Elon Musk, founder and chief executive of Spacex, was forced to monitor the launch of his spacecraft from afar, due to the "probable" coronavirus infection, as he himself tweeted.

To ensure the success of the mission, NASA has introduced severe anti-covid measures, starting with the astronauts, who were subjected to a highly controlled quarantine.