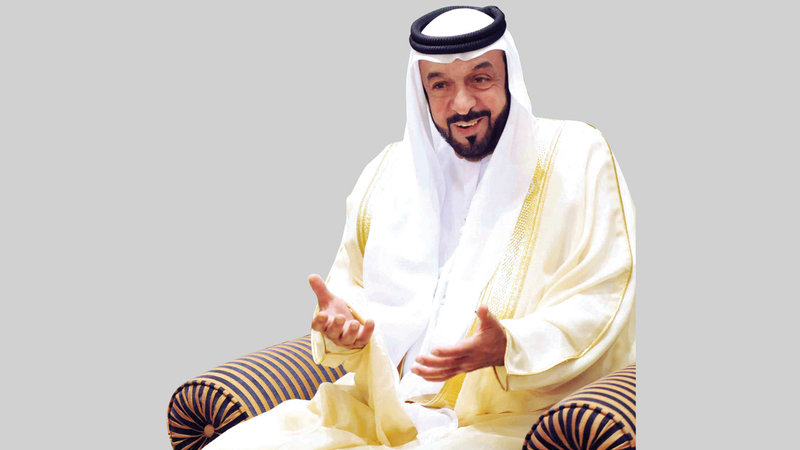 Abu Dhabi Crown Prince forms the University's Board of Trustees

His Highness Sheikh Khalifa bin Zayed Al Nahyan, President of the UAE, in his capacity as Ruler of Abu Dhabi, issued a law establishing the Mohammed Bin Zayed University for Human Sciences.

His Highness Sheikh Mohamed bin Zayed Al Nahyan, Crown Prince of Abu Dhabi, Deputy Supreme Commander of the Armed Forces and Chairman of the Executive Council of the Emirate of Abu Dhabi, issued a decision to form the Board of Trustees of the Mohammed Bin Zayed University for Human Sciences, headed by Dr. Hamdan Muslim Al Mazrouei.

The Mohammed Bin Zayed University for Human Sciences aims to support the process of development, development and scientific research, by offering academic programs in social, human and philosophical studies and sciences to obtain bachelor's, master's and doctoral degrees, in accordance with the legislation in force in the United Arab Emirates.

In order to achieve its goal, the university has the right to strengthen cultural and scientific ties, by concluding scientific cooperation and exchange agreements with distinguished academic and scientific institutions inside and outside the country, creating a link between academic thought and community institutions, creating mutual benefit in this field, and encouraging, supporting and sponsoring scientific research activities In the field of academic programs that it offers, preparing and training scientifically and practically qualified cadres in all aspects of science and knowledge, by organizing and implementing advanced educational and training programs at the highest levels of technology and craftsmanship, and providing academic and applied research in areas of scientific and strategic importance, and encouraging the culture, applications and projects of innovation and entrepreneurship And providing consultations, information and services in all academic, scientific and administrative fields, and organizing seminars, conferences and training courses / in order to contribute to the service of all sectors of society.

The university will have a board of trustees responsible for approving the university’s general policy and strategic plans, in line with the goals for which it was established, following up its implementation, approving the university’s annual budget project and submitting it for approval in accordance with applicable legislation, in addition to approving majors, curricula and educational and training programs in coordination with the competent authorities and establishing funds. Endowment for the benefit of the university's goals and objectives, in coordination with the relevant authorities.

The university shall have a director who will handle the daily work of the university and manage the scientific, financial and administrative affairs of the university, in accordance with the provisions of this law, and the regulations and decisions issued by the Board of Trustees.

Mohammed bin Zayed: The UAE continues its supportive approach to achieve a better future for humanity

His Highness Sheikh Mohamed bin Zayed Al Nahyan, Crown Prince of Abu Dhabi and Deputy Supreme Commander of the Armed Forces, stressed that tolerance is an urgent necessity, to overcome common challenges the world is witnessing.

The university offers academic programs in social, human and philosophical studies and sciences.