Amid the hustle and bustle of his contract with Real Madrid, Ramos is on a date with a new record tonight

In light of the clamor surrounding his next destination due to Real Madrid's reluctance to renew his contract, Ramos continues his recent favorite hobby of breaking records, and is preparing to break one of them tonight with the Spanish national team. 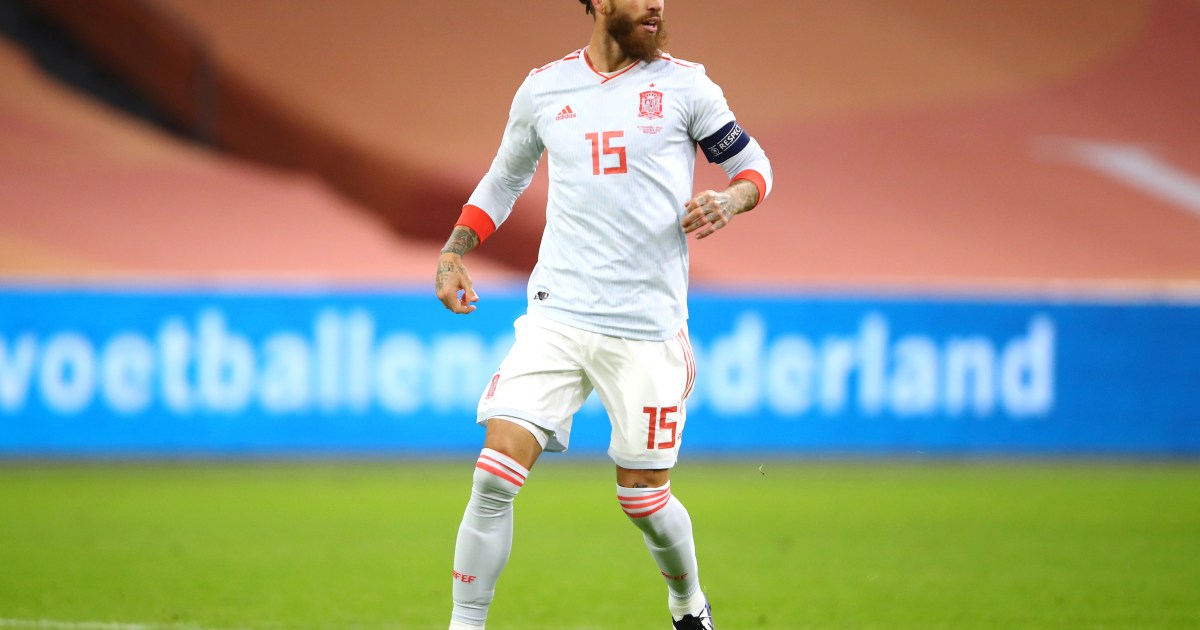 In light of the clamor surrounding his next destination due to Real Madrid's reluctance to renew his contract, Ramos continues his recent favorite hobby of breaking records, and is preparing to break one of them tonight with the Spanish national team.

Ramos will become the most European player to participate in international matches, when he leads Spain against its host Switzerland in the European Championship on Saturday.

The Spain captain - who last year became the most popular player with his country ever - is preparing for his 177th match, which will make him overtake former Italy goalkeeper Gianluigi Buffon, as the most played on the continent.

🧢 Two footballing immortals now share the record for the most caps by a European player.

Ramos, 34, will then look forward to outperforming former Egyptian captain Ahmed Hassan, the world record holder with 184 matches, to become the most participated in the world at all.

Spain coach Luis Enrique said after Ramos equaled Buffon's number, who played 176 international matches, last Wednesday during the 1-1 draw with the Netherlands, "His numbers are only achieved by the leading players."

"The number of matches he has played shows that he is different from the others. We all appreciate his achievement, but we have to continue to take care of him so that he can continue playing with us," Enrique added.

Ramos made his first international match in a friendly against China in 2005, when Luis Aragones was coach of Spain, and he is the only player left in the current squad from the European 2008 winning team that ended 44 years of waiting for Spain to claim an international title.

He was also part of the 2010 World Cup winning team, defending the European 2012 title and winning the title.

He is also the eighth goal scorer for Spain at all, with 23 goals, thanks to the increase in the number of his goals in the past two years after he became the first choice for the implementation of penalties in the team.

Ramos - who frequently participates with Real Madrid - shows no signs of backing down, and has stated that he wants to lead Spain in the Tokyo Olympics next year, as well as lead the team in the European Championship next June.

With his goal against Inter Milan in the #UEFA Champions League, Sergio Ramos @SergioRamos scored his 100th goal with Real Madrid @realmadridarab in all competitions including 5⃣5اً with his header!