Emotional wait among voters: "It's enough now, give us a result"

Joe Biden has been around Donald Trump in the important states of Pennsylvania and Georgia. But the situation is very even and there is still no answer as to who will win the election and become the next president of the United States. 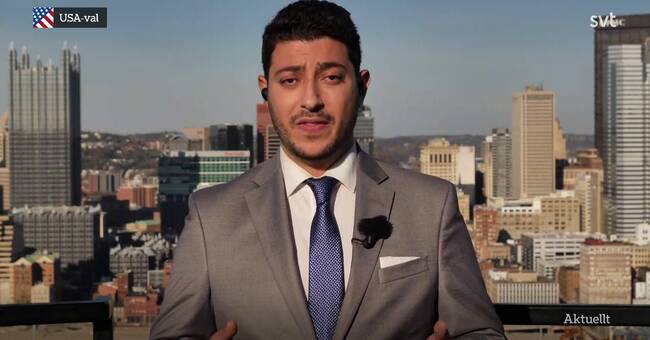 In the state of Pennsylvania, the Democratic presidential candidate Joe Biden has bypassed President Donald Trump and leads at eleven o'clock Swedish time on Friday night with 13,662 votes.

In the state of Georgia, the situation is extremely even.

With 99 percent of the votes counted on Friday night Swedish time, one hour before midnight, Trump and Biden both have 49.4 percent, but Biden has taken the lead with 1598 more votes.

However, the margins are extremely small and important votes still need to be counted.

- No one is really happy because there are no definitive answers, says SVT's correspondent Fouad Youcefi who is in Pittsburgh in Pennsylv ania.

"The feelings on the outside"

He explains that many Americans are upset because they feel that, like what President Donald Trump has said, they are being robbed of the election results.

Others are outraged because they believe the president is making baseless allegations of electoral fraud.

- The feelings are really on the outside.

It's emotionally waiting according to the best Hollywood script, says Fouad Youcefi

But the result can take time.

In Georgia, the state election authority has announced that it will recalculate the votes because the margin between the candidates is less than 0.5 percentage points.

In Pennsylvania, the head of the Electoral Commission, Lisa M Deeley, has announced that the final election result may take several days, as there are still about 40,000 votes left to count.

SVT's correspondent Stefan Åsberg is in Washington and says that the large number of early votes has put a lot of pressure on the election authorities.

- An American said to me, "it's enough now, give us a result", and there is something in it, he says.

In other parts of the United States, too, an impatient wait is underway.

- Regardless of who wins, we still have to go to work tomorrow morning.