Synthetic antibodies made in a lab can be used to prevent the coronavirus from infecting. It shows a new study from Karolinska Institutet and EMBL in Hamburg. - The antibodies we have developed take a shortcut to the virus, says researcher Marin Hällberg who participated in the work. 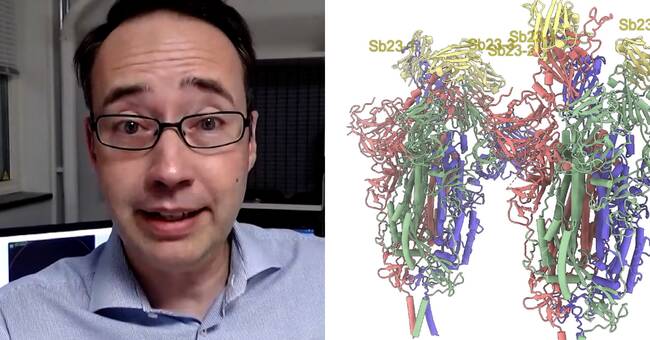 The artificial antibodies consist of proteins, and are made entirely in a lab environment, says researcher Martin Hällberg.

He says that the antibodies can be used as a supplement to vaccines, among other things.

- Even if we have a good vaccine, some patients will not form a good antibody response.

Then you can help with the synthetic ones, says Martin Hällberg.

Furthermore, he also hopes that the antibodies can be used if we get a new pandemic in the future.

- You gain about two months working with a synthetic library instead of using experimental animals, he says.

When the synthetic antibodies may be relevant for the broad mass is unclear.

It is based on other actors picking up the research, says Martin Hällberg.