"Sent to the place of serving the sentence": the FSIN announced the transfer of Efremov from the pre-trial detention center to the colony

Actor Mikhail Efremov, sentenced to seven and a half years in prison for a fatal road accident, was sent from the pre-trial detention center to the place of serving his sentence. This was reported by the press service of the Moscow Federal Penitentiary Service. The Public Monitoring Commission said that the artist was transferred to a colony in the Belgorod region. 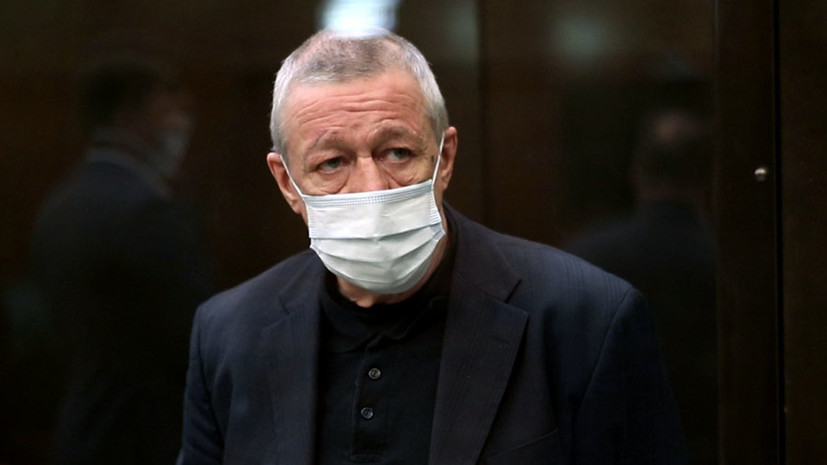 Actor Mikhail Efremov, sentenced to seven and a half years in the case of a fatal road accident, was sent from SIZO-5 to a colony.

This was reported by the press service of the Moscow department of the Federal Penitentiary Service (FSIN).

“The convicted M.O. Efremov was sent to the place of serving his sentence,” cites the text of the TASS message.

At the same time, the FSIN did not name the address of the place where Efremov will serve his sentence.

75 of the Criminal Executive Code of the Russian Federation, the SIZO administration will transfer this information to one of the relatives of the convicted person of his choice.

Later, the POC reported that the artist was sent to a colony in the Belgorod region.

We will remind, on Friday, November 6, the Presnensky Court of Moscow sent an order to SIZO-5 on the execution of the sentence against Mikhail Efremov.

“The order on the execution of the judgment of the Presnenskiy Court against Mikhail Efremov, which has entered into legal force, has been sent to the place of his detention,” the press secretary of the court Lela Kokaya told RIA-Novosti.

The actor's lawyer Roman Filippov commented on earlier reports that Efremova wants to serve his sentence in the economic unit of the Moscow SIZO-5.

According to the lawyer, no formal application was filed.

Earlier, a member of the Moscow Public Monitoring Commission (POC) Marina Litvinovich on her Facebook announced Efremov's desire to serve his sentence in the economic unit of the Moscow SIZO-5.

She explained that in the economic brigade, convicts live in rooms, not in cells, and also have the right to calls and meetings with relatives.

Later, the executive secretary of the Public Monitoring Commission (POC) Alexei Melnikov, in a conversation with RT, named another reason why Efremov wanted to stay in jail.

“I would stay in the economic brigade as a handyman, than I can - I will help.

But the main thing is that here, in the pre-trial detention center, there is a wonderful club, which has all the conditions for creating a Russian prison theater, the performances of which will have not only an entertaining, but also an educational component, ”Melnikov quoted the actor as saying.

As the executive secretary of the POC added, the honored artist of the Russian Federation also hoped that his acquaintances would agree to give chef concerts and film evenings in the Moscow pre-trial detention center.

Recall that on the evening of June 8, near Smolenskaya Square on the Garden Ring, Mikhail Efremov, driving a Jeep Grand Cherokee, drove into the oncoming lane and crashed into a Lada van.

The driver of the car, a 57-year-old employee of the company "Delikateska.ru" Sergei Zakharov, received multiple injuries.

On the morning of June 9, he died in the intensive care unit of the N.N.

The results of the tests showed that Efremov was intoxicated at the time of the accident, and traces of drugs were also found in his blood.

On June 13, the actor recorded a video message in which he asked for forgiveness from the Zakharov family and admitted that he “does not know how to continue living”.

Efremov later said that he did not remember whether he was driving on the day of the accident.

According to the artist, he recorded the confession when he was "nervous with a hangover."

At a meeting on September 1, Efremov said that he could not say with certainty that it was he who was captured on the video from the scene of the accident.

And already on September 3, the actor again admitted his guilt in an accident, as a result of which a person died, and said that he "sincerely regrets if he did it."

On September 8, the Presnensky Court of Moscow found Efremov guilty of violating the traffic rules, committed in a state of intoxication and, through negligence, entailed the death of a person.

The actor was sentenced to eight years in a general regime colony, while the prosecutor insisted on 11 years.

In addition, 800 thousand rubles were collected from the artist as compensation for the eldest son of Sergei Zakharov, who died in an accident with the participation of Efremov.

After being released for three years, the actor is prohibited from driving.

On October 22, the Moscow City Court mitigated the sentence to Efremov, reducing the sentence from eight to seven and a half years in a general regime colony.

According to the executive secretary of the Moscow POC, Alexei Melnikov, the actor hopes to further mitigate the sentence in the cassation instance.

In addition, Yefremov's lawyer, Pyotr Kharkhorin, announced the actor's desire to return several hundred thousand rubles, which he "overpaid" to the relatives of Sergei Zakharov, who died in an accident.

“In the end, we paid each victim 1 million rubles, but there were overpayments.

In addition, during the consideration of the case, another 400 thousand rubles were sent, which they did not want to accept, these funds have not yet been returned.