Actor Mikhail Efremov, sentenced to 7.5 years in prison in the case of an accident, believes that he is able to work as a general laborer in a household unit and will be useful in SIZO No. 5, where he is currently being held. 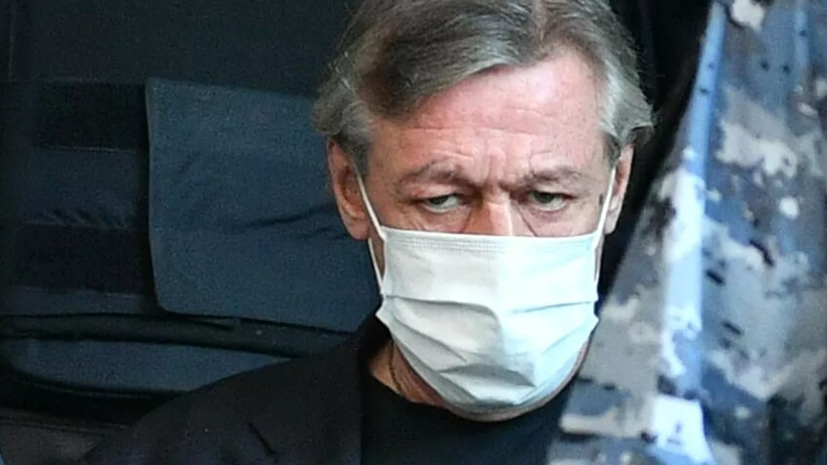 “I would stay in the economic brigade as a handyman, than I can - I will help.

But the main thing is that here, in the pre-trial detention center, there is a wonderful club, which has all the conditions for creating a Russian prison theater, the performances of which will have not only an entertaining, but also an educational component, "the executive secretary of the POC Alexey Melnikov, who visited the artist, quoted the actor as saying to RT. in the isolation ward.

According to the human rights activist, Efremov also hopes that his acquaintances from the art world will agree to give chef concerts and film evenings in the pre-trial detention centers of Moscow.

The actor also told the commission members that he was reading a new play with inmates in the cell.

“We are reading in a cell with our neighbors a modern play with an intriguing title for me“ Accident ”,” the executive secretary of the POC quoted Efremov.

Melnikov noted that the decision to leave Efremov in the economic brigade has not yet been made, the administration is awaiting documents from the court on the entry into force of the sentence.

“But I do not see any obstacles for Mikhail Efremov to serve his sentence in a pre-trial detention center.

He, of course, is not young, but in the economic brigade, handymen are engaged, for example, cleaning the territory, so he is quite capable of sweeping yards and washing floors, and he can also engage in his professional activities in the club in his free time - put on performances, what will contribute to the resocialization of prisoners, "said the interlocutor of RT.

Earlier, the POC reported that Efremov announced his desire to serve his sentence in the department of economic services of SIZO-5 in Moscow.