Region Västmanland, together with the other 20 regions in Sweden, is starting a joint ambulance flight. Six jets have been ordered at a cost of approximately 700 million and operations are planned to be up and running next summer. - I am positive about this activity, says Kenneth Östberg (S), regional councilor in Västmanland. 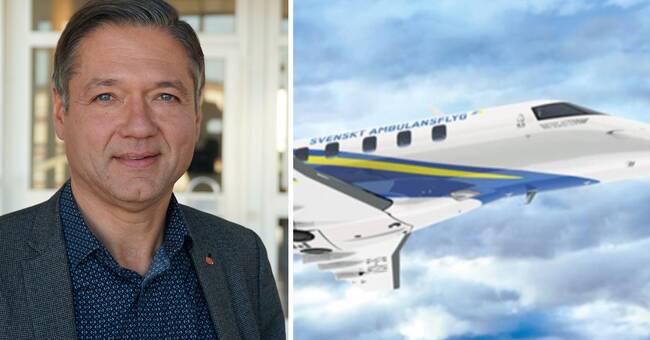 The national ambulance flight will be operated by the Swedish Association of Municipal Ambulance Aircraft (KSA), which is owned and financed by all regions of Sweden.

Each region then pays a special fee, which is based, among other things, on the size of the region and how much they are expected to use the ambulance flight, and in addition, the regions pay for each flight they make.

- Our goal is to increase quality and ensure access to ambulance flights without having to procure this service from others, as we do today.

It is always a risk every time you have to make a new procurement, says Kenneth Östberg (S), regional councilor in Västmanland and board member of KSA.

How does a possible closure of Västerås Airport affect this investment?

- Patient safety will not be affected if we can not land in Västerås, according to the data I have, as it is not mainly emergency patients who are transported by ambulance flight.

We will be able to land at other airports within a ten mile radius.

The new jets will be stationed in Umeå, Stockholm and Gothenburg.

In the clip, the regional councilor Kenneth Östberg (S) tells what costs Västmanland will bear for the joint ambulance flight.