Hours after the French president’s statements, Paris returns its ambassador to Turkey and asks for clarifications

French Foreign Minister Jean-Yves Le Drian announced Saturday that Paris will return its ambassador to Turkey to Ankara, on Sunday, to obtain "clarifications", a week after he was summoned following criticism of the Turkish president against his French counterpart. 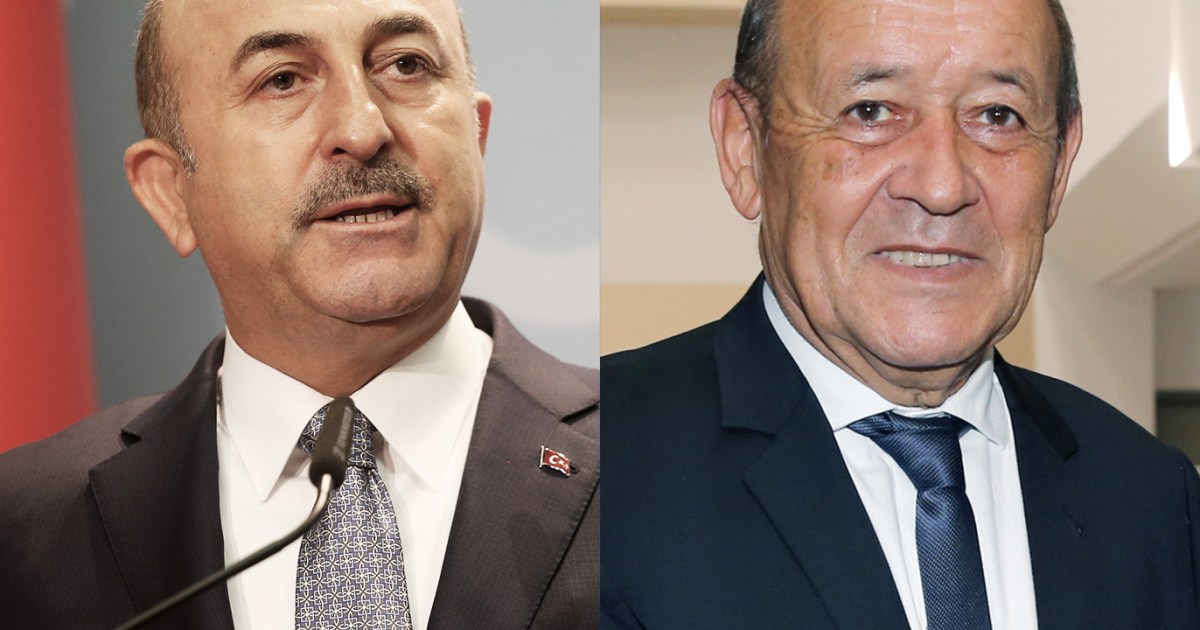 French Foreign Minister Jean-Yves Le Drian announced Saturday that Paris will return its ambassador to Turkey to Ankara on Sunday to obtain "clarifications", a week after he was recalled following criticism of Turkish President Recep Tayyip Erdogan against his French counterpart Emmanuel Macron.

Le Drian said that Turkey had made a "deliberate choice to exploit" the beheading of a French teacher who showed his students cartoons of the Prophet Muhammad - may God bless him and grant him peace - accusing Ankara of launching a "hate and defamation campaign against us."

But he added that Turkey's subsequent condemnation of a knife attack inside a church in the French city of Nice this week was "different, clear and unambiguous, but this does not prevent Ankara from providing explanations."

The French foreign minister added, "We have asked our ambassador to return to Ankara tomorrow to follow up this request for clarification and explanation with the Turkish authorities" regarding the "recent disgraceful statements," but also regarding "the destabilizing work of Ankara for several months in Libya, in the eastern Mediterranean, and in the Nagorno Qarah region." Bagh ".

Le Drian said, "All of this requires strong clarifications that the European Union itself has requested ... We cannot remain in an" atmosphere "of misunderstanding and disgraceful statements.

These statements came hours after Macron accused Erdogan on Saturday of adopting an "aggressive" stance towards his NATO partners, considering that tensions may subside if Erdogan shows respect and stops launching lies.

In an interview with Al-Jazeera, Macron said that "Turkey has an aggressive attitude towards its allies in NATO," denouncing Turkish behavior in Syria, Libya and the Mediterranean.

Macron said he hoped things would "calm down", but for this to happen, it is necessary that "the Turkish president respects France and the European Union and their values, and does not utter lies or utter insults."

He pointed out that France offered condolences to Turkey after the devastating earthquake that struck Izmir, and had also offered to send aid.

For weeks, the relationship between Turkey and France witnessed tensions, which culminated last weekend when Erdogan questioned Macron's mental health, and France responded by summoning its ambassador in Ankara for consultations.