Give Covid patients their "front nose", the challenge of Nancy hospital - France 24

Give Covid patients their "front nose", the challenge of Nancy hospitalVandoeuvre-lès-Nancy (AFP) Restoring the sense of smell to patients who have been deprived of it by Covid-19: this is the ambition of the Nancy-Brabois CHRU, which has just launched a study on a new protocol for olfactory rehabilitation. The idea of ​​Dr Duc Trung Nguyen, hospital practitioner in the ENT department, is to add four scents (lavender, strawberry, spruce, cut grass) to the four basi 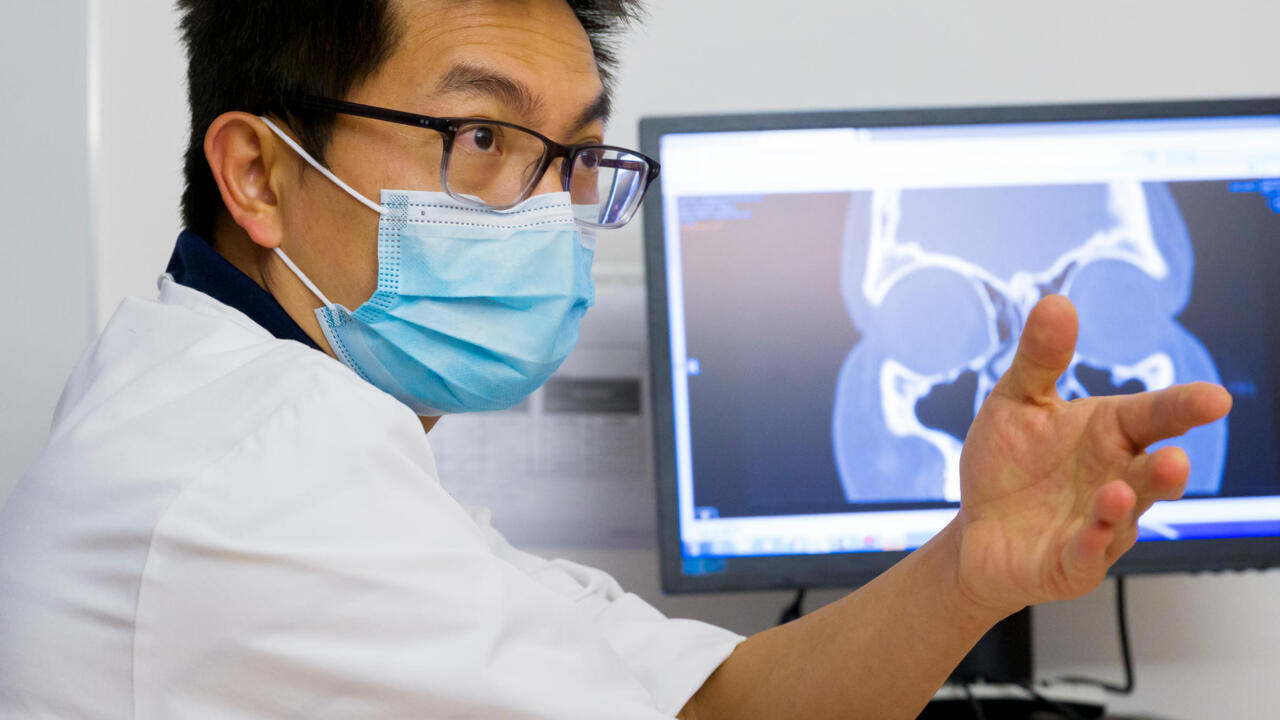 Restoring the sense of smell to patients who have been deprived of it by Covid-19: this is the ambition of the Nancy-Brabois CHRU, which has just launched a study on a new protocol for olfactory rehabilitation.

"With four new scents, it is a question of accelerating the rehabilitation and to see, also, if it is more effective", explains Dr. Nguyen who notes that this "olfactory rehabilitation is little practiced in France".

The loss of smell, anosmia, "concerns two thirds of people with Covid in Europe but only 4.8% in China," he said, without knowing the reason.

"Maybe the question is not asked in China. Maybe the virus isn't quite the same. Maybe it's genetic between a Caucasian person and an Asian person." , he asks himself.

The study will concern 80 patients and will be based on a new kit developed by a laboratory in Saint-Malo (Ille-et-Vilaine).

All highly concentrated odors are enclosed in small tubes and must be breathed ten seconds twice a day, with 30 second intervals between each tube, for eight months.

A re-examination by the doctor is planned mid-term.

According to the latest figures available to researchers, "a large part" of people who have lost their sense of smell find it within a "more or less long period", assures the specialist.

However, for some patients, the consequence of the viral infection, an inflammation of their airways, destroyed all or part of their olfactory cells and months after the end of the disease, the sense of smell remains affected.

"I like to cook. I cook to taste. So, I have to ask my husband or my son", explains Martine Bailly, 44, an SNCF executive, who felt her "sense of smell returning but partly distorted" afterwards more than two months of deprivation.

"Red wines also all have the same taste," she laments.

Anosmia and dysgeusia (loss of flavors) were the only symptoms of Covid-19 for which Morgane Delpon, 25, a nurse in intensive care in Nancy, tested positive in August.

But three months later, the lack of smell turned into a "professional handicap".

Because "the nose serves as a warning" as much as the eyes or the ears in front of a patient.

"I have to rely on my colleagues," she says.

The two women therefore rely heavily on this rehabilitation to regain "the pleasure of eating" or to work normally.

"It will improve but we risk never finding his nose before," tempers the doctor.

The objective of "olfactory rehabilitation is to renew the olfactory cells" which have been "brutally" damaged by the infection, continues Dr Nguyen.

The assessment of the loss of smell is precise.

The patient smells of sorts of pens, numbered 1, the strongest scent, at 16 and says whether or not he smells.

He doesn't need to identify it.

According to a notebook consulted by AFP with the different figures of people participating in the study, their sense of smell remains very weak, around 1 to 2 (out of 16).

And sometimes zero, for some.

The second exercise consists of identifying the effluents.

There are always the same kinds of pens to smell.

But this time help is provided with four written proposals.

There are sixteen categories.

Finally, the ex-patient of Covid-19 is examined.

Dr Nguyen is checking whether the loss of smell is due to no other cause than the Covid.

As such, he introduces a camera into the nose in search of a possible polyp or allergic rhinitis ...

Then you have to be very patient and follow the long rehabilitation.

With the hope of being able to breathe in the scents of life again.