Accommodation in a room, calls and meetings with relatives: Efremov announced his desire to serve his sentence in the economic unit of the pre-trial detention center in Moscow

Actor Mikhail Efremov, sentenced to seven and a half years in the case of a fatal traffic accident, decided to serve his sentence in the department of economic services of the SIZO-5 in Moscow. This was reported by a member of the PMC Marina Litvinovich. She added that in the household department, prisoners live in rooms, not cells, and have the right to calls and visits with their relatives. The institution also has a hall for cultural events. The commission notes that "almost 100%" of those working in the economic brigade are released ahead of schedule. 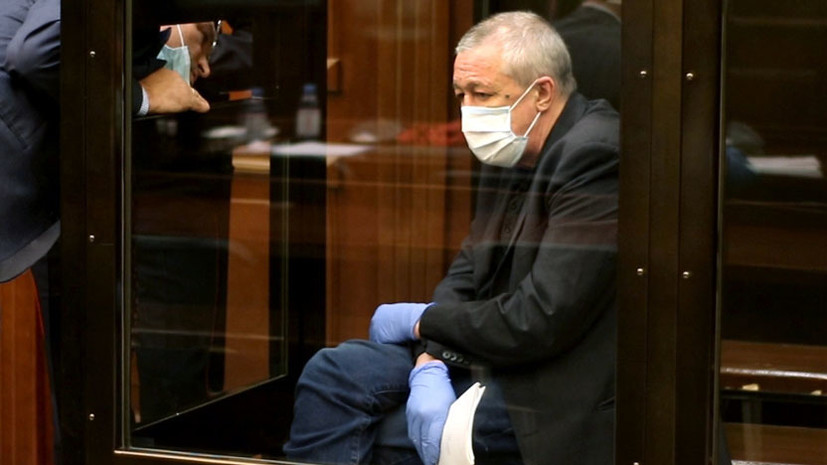 Actor Mikhail Efremov announced his desire to serve his sentence in the department of economic services of SIZO-5 in Moscow.

This was announced by Marina Litvinovich, a member of the Metropolitan Public Monitoring Commission (POC).

"Mikhail Efremov decided to stay to serve his sentence in the unit of economic services of the SIZO-5," Litvinovich wrote on Facebook.

As a representative of the POC said, in the economic brigade, convicts live in rooms, not in cells, and have the right to calls and visits with their relatives.

Along with this, according to Litvinovich, there is a hall in the institution, where cultural events are held for employees and the economic brigade.

"Efremov will indeed be able to perform there in front of the public, read plays and even, if possible, create a prison theater," the POC representative believes.

Along with this, Litvinovich expressed the opinion that "almost 100% of those working in the economic brigade are released on parole."

She believes that Efremov will also be released ahead of schedule.

Earlier, the POC denied information that appeared in the media about Efremov's detention in a VIP-cell.

One of the members of the commission told RT that the actor is in an ordinary four-bed cell with two neighbors.

“There is no separate bathroom for the actor, the bathroom is shared.

There are televisions and refrigerators in almost all cells of this isolation ward, and the table there is ordinary, provided for by the internal regulations, ”said the interlocutor of RT.

He also said that inmates of this and other pre-trial detention centers in the capital, except for Lefortovo, order additional food not in restaurants, but through the online store of the FSUE Kaluzhskoye of the Federal Penitentiary Service of Russia.

Recall that in early September, the court found Efremov guilty of a fatal road accident that occurred on the Garden Ring on June 8, 2020, and sentenced the actor to eight years in a general regime colony.

On that day, Efremov, driving a Jeep Grand Cherokee, drove into the oncoming lane in the center of Moscow and crashed into a Lada van driven by a courier Sergey Zakharov.

The Lada driver subsequently died in hospital from his injuries.

The examination established that at the time of the accident the actor was in a state of alcoholic intoxication.

Traces of drugs were also found in his blood.

A few days after the accident, the artist published a video in which he apologized to the family of the deceased.

He later said that he could not admit his guilt, because he did not remember the moment of the accident.

Speaking with the last word in court, Efremov repented of what he had done, making a reservation: "I admit my guilt and sincerely repent if I did it."

The Moscow City Court on October 22 reduced the sentence to Efremov, reducing the sentence from eight to seven and a half years in a general regime colony.

Subsequently, the Public Monitoring Commission said that Efremov hopes to get the sentence reduced.

This was reported to RT by the executive secretary of the Moscow POC, Alexei Melnikov, who visited the artist in the pre-trial detention center.

According to Melnikov, the actor is upset by the verdict of the Moscow City Court, but says that he is satisfied with the work of his new lawyers.

"Efremov believes that the resonance influenced the outcome of the case, but he hopes to mitigate the sentence in the cassation instance," the interlocutor of RT said.

Dobrovinsky stripped of the status of a lawyer

The lawyer Alexander Dobrovinsky, who represented the interests of the injured party in the case of an accident involving Efremov, was deprived of his lawyer status for two years.

Earlier, the qualification commission recognized violations of ethics by Dobrovinsky.

"Dobrovinsky - termination of the status of a lawyer with a ban on admission to the qualification exam for two years," the council's decision says.

The lawyer himself announced plans to appeal this decision.

According to him, being deprived of his lawyer status came as a surprise to him.

“This decision of the Council of the Moscow Bar Association surprised and outraged me.

Of course, I will go to court and appeal against it, because I value the status of a lawyer, ”TASS quoted him as saying.

It should be noted that disciplinary cases were also initiated against Elman Pashayev, who represented the interests of actor Mikhail Efremov in the case of a fatal road accident, after which the lawyer was deprived of the status of a lawyer.

President of the Federal Chamber of Lawyers Yuri Pilipenko called this decision “the most adequate in the current situation”.

According to him, the disciplinary proceedings could not have taken place or ended with another measure of punishment, "if not for the level of scandalousness" that Pashayev himself asked.