Amazon has officially entered Sweden, and opened the gates to its Swedish site. European CEO Alex Ootes tells TT that they are excited about the launch - but rejects the criticism of poor employment conditions. 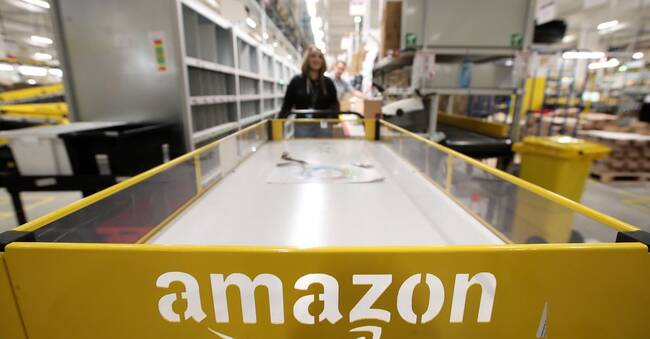 When the e-commerce giant Amazon announced in August that they would launch a Swedish version of their site, it attracted a lot of attention.

But then it became quiet.

On the other hand, there was a lot of speculation - but when it was premiere day, it took place in relative silence, without much pomp and circumstance.

However, according to Alex Ootes, vice president of Amazon's European expansion, the launch has been preceded by a lot of work

- We are very excited about launching in Sweden, and we are very very pleased with the interest that Swedish retailers and brands have shown, he says to TT.

TT: Why should Swedes, who already have a great habit of shopping online, choose you?

He rattles off the company's benefits such as running water: 150 million products ("the largest range in Sweden"), low prices and fast deliveries ("we work very hard to offer Swedish customers the very best").

What you see is just the beginning of Amazon in Sweden, you can rest assured that our teams work hard to make the experience a little better every day.

However, the focus is not on sales or market shares, he says.

- I can say this wholeheartedly, that when we launch in a new country, we focus on only one thing: the customer experience.

We follow this in detail daily, and that is our only goal and biggest focus, says Alex Ootes and continues:

- From our previous launches, we know that if we succeed with the customer experience, the rest will follow naturally.

Launching in Sweden, however, has come with its problems.

Getting fast deliveries in a very elongated and in some places sparsely populated country proved to be a challenge.

Alex Ootes says that they needed to ensure that the deliveries worked both in central Stockholm and in northern Sweden.

In addition, the Swedish launch was very large, with many products.

- It required a lot of commitment with our partners and brands.

It was a lot of work before the launch in Sweden, he says.

- But we are constantly learning about what Swedish customers think is important and what we should do next.

The company already has "several hundred" employees in Sweden, according to Alex Ootes, and they plan to hire even more in step with the expansion.

At the same time, Amazon has been heavily criticized over the years for poor employment conditions and for banning employees in the United States from joining unions.

Alex Ootes rejects the criticism - he prefers to talk about the fact that they pinched the silver place when the magazine Forbes named the world's best employer.

- It's about everyone from warehouse workers to managers.

We have over 800,000 employees, and the majority are super super happy and very attached to the company.

That's all the data I know, he says.

TT: Regardless of whether many are "super happy", obviously many others do not.

- All I can say is that all the data we have, and we have a lot, shows that our employees are generally super super happy.