Therefore, it exploded in the ambulance in Älvsbyn

Dirt inside the gas system and a damaged pressure regulator that the supplier did not think needed to be replaced. Region Norrbotten's investigation into why it exploded and burned in an ambulance in Älvsbyn is complete. 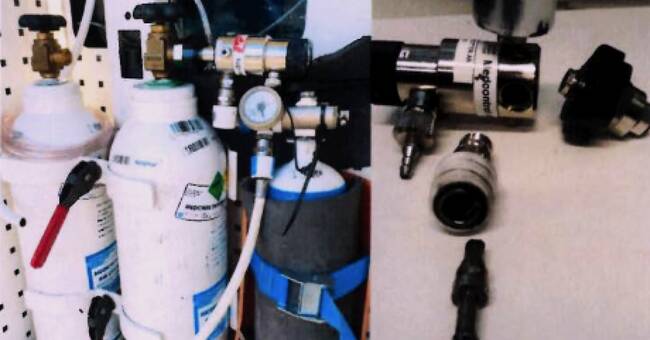 SVT Nyheter Norrbotten reported on the incident on 17 September.

The ambulance was parked in a garage at Älvsbyn's health center when a gas explosion was triggered and the vehicle started to burn.

No person was injured but the incident was reported to the Swedish Work Environment Authority and now the investigation is complete.

"A probable reason was that there was dirt (grease) inside the gas system that ignited due to the frictional heat that arose when the ambulance personnel opened the gas cylinder and the oxygen flowed out at high speed inside the pressure regulator," the investigation writes.

It had previously been established that the pressure regulator was damaged.

The supplier repaired it and judged after functional inspection that it was approved.

"Medical technicians who handled the case did not have knowledge of the product's structure and installed an inappropriate O-ring where it was not needed."

The Norrbotten region is now taking several measures to prevent something similar from happening again.

Among other things, personnel will be trained in medical gases and handling of medical gas cylinders, including those connected to pressure regulators.