The call for a boycott by the opposition of the electoral process raises fears of a new cycle of violence in the country. On Friday, inter-community tensions erupted in the stronghold of the candidate for… 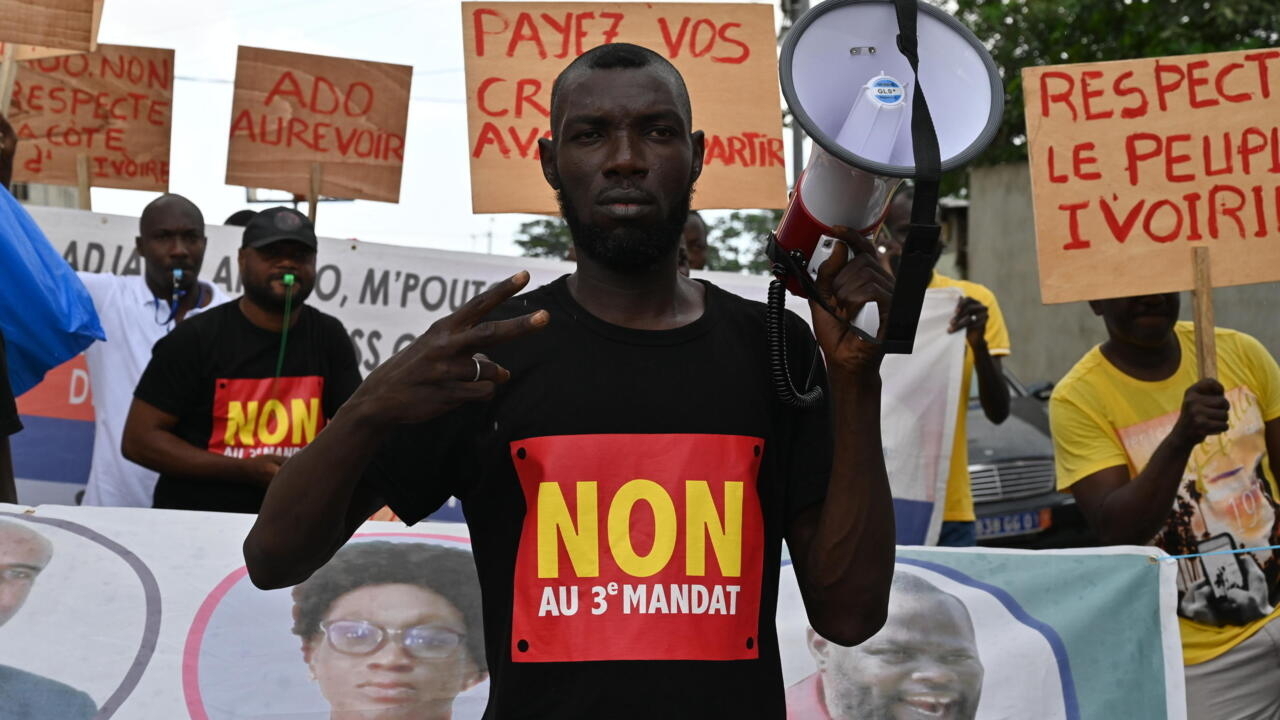 Inter-community violence, which left several wounded, has been taking place since Friday, October 16 in Bongouanou (150 kilometers north of Abidjan), stronghold of the presidential candidate, Pascal Affi N'Guessan, ex-Prime Minister of Laurent Gbagbo, whose house was set on fire.

The inhabitants of the Agnikro district (local Agni ethnic group) and those of Dioulabougou (northern Dioula district, mainly pro-Ouattara) clash with "clubs and machetes", according to several witnesses contacted on the phone by the AFP.

Houses and shops were set on fire.

This violence comes as the opposition, which includes Pascal Affi N'Guessan, launched Thursday, October 15 a slogan of "active boycott" of the "electoral process" and in particular asked its activists to "prevent the holding of any operation linked to the presidential election of October 31.

The opposition calls in particular for a reform of the Constitutional Council and of the Independent Electoral Commission (CEI), which it accuses of being subservient to power.

Inter-communal violence left some fifteen dead in August and September in several cities of the country following the announcement of the candidacy of President Alassane Ouattara for a controversial third term and after the rejection by the Constitutional Council of 40 candidatures, including those of the former rebel leader and former Prime Minister Guillaume Soro and former President Laurent Gbagbo.

The fear of electoral violence is strong in Côte d'Ivoire, ten years after the post-electoral crisis of 2010-2011 which left 3,000 dead, after President Laurent Gbagbo's refusal to recognize his electoral defeat against Alassane Ouattara.

"The IEC is very independent"

For his part, Alassane Ouattara, who officially launched his campaign on Friday, October 16, brushed aside the opposition's accusations.

"They just have to stop telling the stories, the CEI is very independent ... So on October 31, go and vote massively for a new victory for President ADO [Alassane Dramane Ouattara]", he said .

Earlier today, the president spoke to some 500 traditional leaders in the region.

"A few weeks before the elections, I hear people say that we need a dialogue, a dialogue to do what? We have institutions, these institutions have decided that we will be four candidates," he said, adding that he was planning to travel around the country "to preach the good word".

Elected in 2010, re-elected in 2015, Alassane Ouattara announced in March that he would renounce running for a third term, before changing his mind in August after the death of his designated runner-up, Prime Minister Amadou Gon Coulibaly.

Ivorian law provides for a maximum of two terms, but the Constitutional Council estimated that with the new Constitution of 2016, Alassane Ouattara's term counter is reset to zero, which the opposition fiercely contests.