Bolivia: will the anti-Morales movement of the "Pititas" weigh in the ballot boxes?

A year after the social movement of the "Pititas" which ousted Evo Morales from power, he failed to translate politically for the presidential election on Sunday, leaving the field open to Luis Arc ... 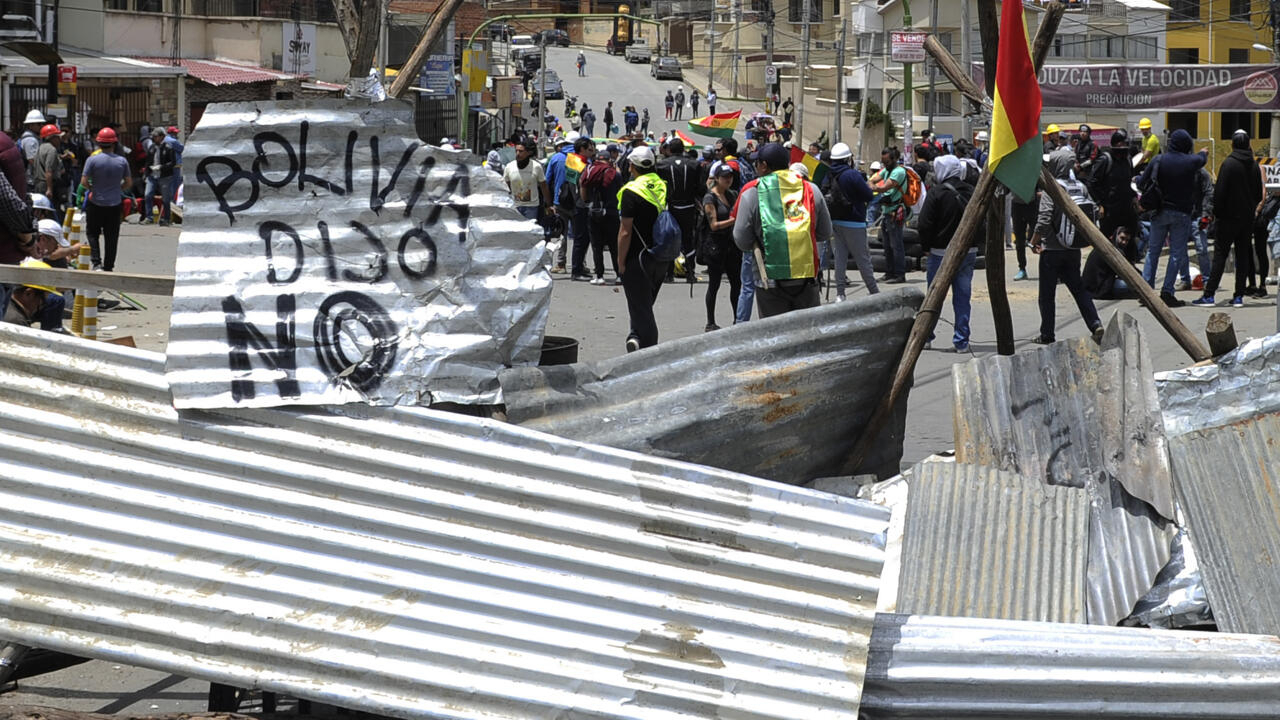 A year ago, a protest movement in Bolivia, self-baptized "the Pititas" (the pieces of string), had obtained the departure of the first indigenous president of Latin America, Evo Morales.

Sunday, October 18, the Bolivians are back to the polls to choose a new president from among the six candidates in the running and turn the page on this agitated episode in its political history.

However, the movement of the "Pititas", far from being homogeneous, did not succeed in agreeing on a candidate to represent them in the ballot boxes, even if the two main opponents of the MAS (Movement towards socialism, the movement Evo Morales), Carlos Mesa (center) and Luis Fernando Camacho (far right) seem to be favored by the former protesters.

The movement of the "pieces of string"

The "Pititas" include the hundreds of thousands of demonstrators and activists who mobilized and paralyzed Bolivia for 21 days to oust Evo Morales in November 2019. They self-baptized in response to a mockery from the outgoing president.

and piling up small tires, what kind of strike is it? (…) I can do workshops and organize seminars so that 'they are learning how to carry out demonstrations,' mocked the socialist leader and former trade union leader, used to social movements.

The demonstrators then returned the insult, considering that it allowed to highlight the peaceful and unprecedented nature of the protest.

"It is a movement of middle and wealthy classes", details Pablo Laguna, doctor of anthropology and researcher at Creda (Center for Research and Documentation on the Americas), joined by France 24. "To this class dimension, he A cultural element must be added: it is made up of white and mixed-race groups who have benefited from the growth of the past 15 years. "

"It is a movement of urban which was born in La Paz", adds Christine Delfour, professor of Spanish and Latin American civilization at the Gustave Eiffel University of Marne-la-Vallée, interviewed by France 24.

A crisis that lasts

The post-electoral crisis has been going on since the presidential election of October 20, 2019. Candidate for a fourth term after a modification of the Constitution yet refused by referendum, Evo Morales proclaimed himself the winner with 47.08% of the vote in front of the centrist Carlos Mesa (36.51%).

The opposition then cries out fraud and the street is set ablaze.

The opposition and part of the international community are asking for a second round.

On November 10, after 21 days of confusion and protests, Evo Morales resigned, let loose by the police and the army.

He went into exile in Mexico and then in Argentina.

"It is a protest movement which has combined with a rupture of the institutional order", notes Pablo Laguna.

"Without a mutiny by the police and part of the army, the 'Pititas' would not have succeeded."

Evo Morales denounces "the most astute and most heinous coup in history".

The reality of the fraud on the part of the socialist president remains to be proven: the Organization of American States claims to have indisputable evidence of it, but a statistical study conducted by independent researchers concludes that there is no tangible evidence.

>> Read also: In Bolivia, a government fighting against Morales

"The 'Pititas' have returned home"

Often postponed due to political instability and the Covid-19 pandemic, the presidential election will finally take place on October 18.

“Today the 'Pititas' have returned home and have no political role.

It is a phenomenon which arose spontaneously and which disappeared in the same way.

It did not lead to an alternative or mobilizing political proposal in support of the government of Jeanine Añez. "

The latter had nevertheless tried to capture the heritage of the "Pititas" by citing them as inspiration on several occasions during her presidency.

She even named her dog in honor of the movement.

A presidential candidate despite her promise not to be during her inauguration, she finally threw in the towel due to lack of support:

Historian Robert Brockmann, author of "21 días de resistencia. La caída de Evo Morales" and author of a column "Me, Pitita", summed up the situation thus: "The problem with the 'Pititas' is that there is people who want to arrogate to themselves their feat. We did not do it for Camacho, although his participation was decisive. We did not do it for Mesa, even if without him victory would not have been possible . We didn't do it for Albarracín [an opponent of Evo Morales, editor's note), although his energy has been a constant inspiration. And we certainly haven't done it for [Jeanine] Áñez, a tenacious opponent of Morales who was just in the right place at the right time and accepted the challenge ".

Is there a "Pititas" vote?

"It was not really a social movement. Its only goal was to provoke the departure of Evo Morales, to cancel the election and to provoke a new one. It was the only thing which agglutinated the movement", analyzes Pablo Laguna.

"There was no total unity regarding an economic project. Part of the movement is openly racist towards the indigenous populations."

The two specialists from Bolivia joined by France 24 establish a schematic distinction within the "Pititas" themselves.

The moderate fringe would come from La Paz in particular, and the extremist fringe from Santa Cruz, in the east of the country, heir to a long tradition of the Bolivian far right in the region.

"Today, this challenge is found in particular in two candidates: Carlos Mesa and Luis Fernando Camacho", who each capture one of these two facets of "Pititas".

"Fernando Camacho wants to appear as the man of the 'Pititas'. The one who caused the downfall of Evo Morales and returned with the Bible to the presidential palace", notes Pablo Laguna.

"Carlos Mesa embodies moderation. During his term as president, he promised that no blood should be shed," explains Christine Delfour.

Logical consequence: as in 2019, the rivals of the MAS have failed to unite in this campaign.

And a union, even during a possible second round which would then take place on November 29, seems unlikely between the two men.

A boulevard for the renewal of the MAS

Although in exile, Evo Morales weighed on the campaign, dubbing his dolphin, his former Minister of the Economy Luis Arce, favorite in the latest polls (33.6%).

More technocrat than politician, he aspires to enter the highest office thanks to the political capital of his mentor.

During the electoral campaign, Luis Arce did not stop waving the banner of economic prosperity, recalling that under the Morales presidency, the GDP was multiplied by four and poverty reduced from 60% to 37%.

"We have taken the right decisions which have led our country to be at the top of several economic and social indicators in the region", affirms the new leader of MAS, an honor which until now has fallen to its founder, Evo Morales.

"The departure of Evo Morales could have been finally good news for the MAS. It allowed this aggregation of social movements behind a charismatic leader to structure itself into a party. A party that has turned the page of Evo Morales to speak a second transformation of Bolivia ", concludes Christine Delfour. 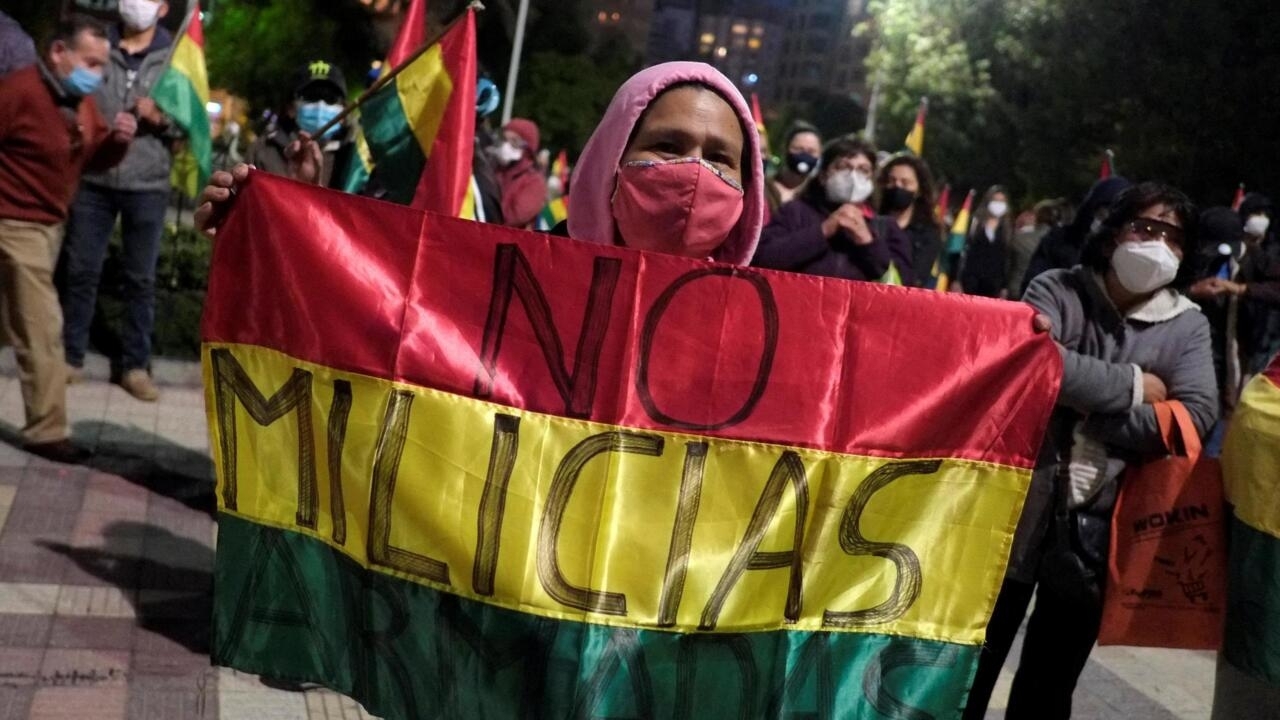 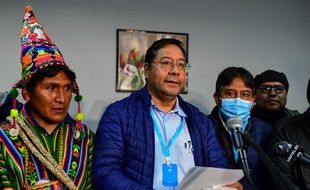 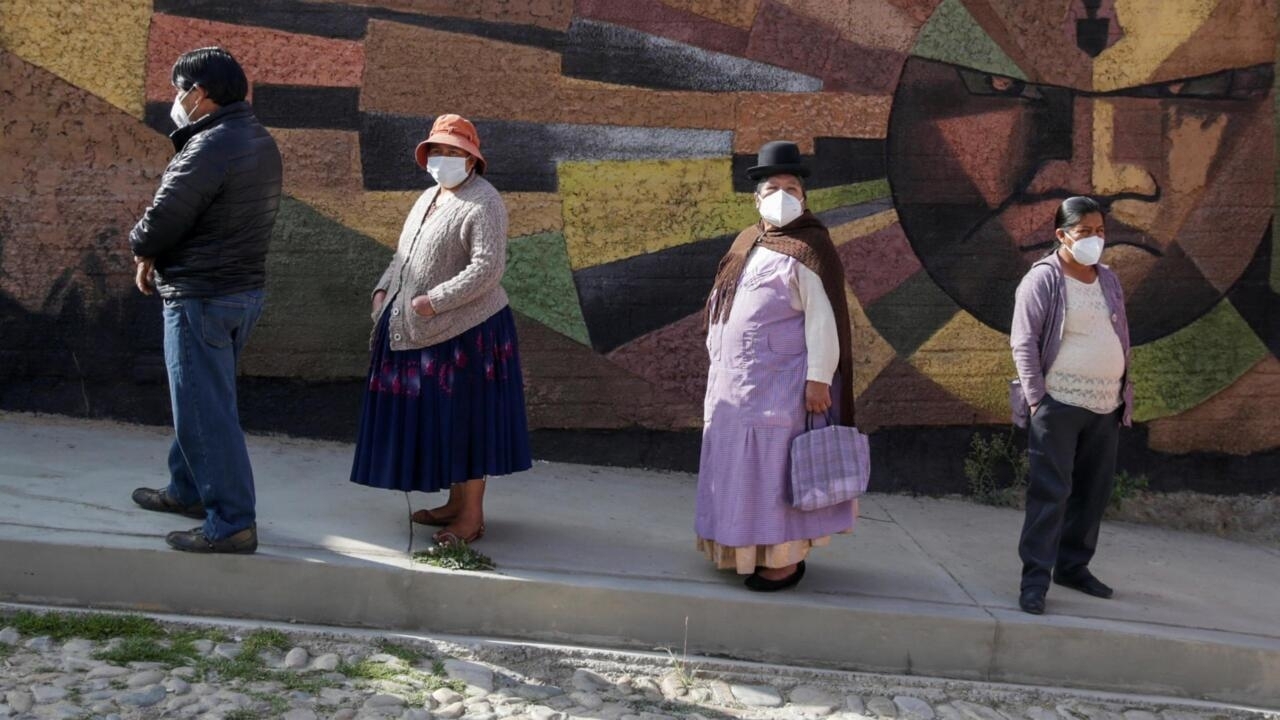 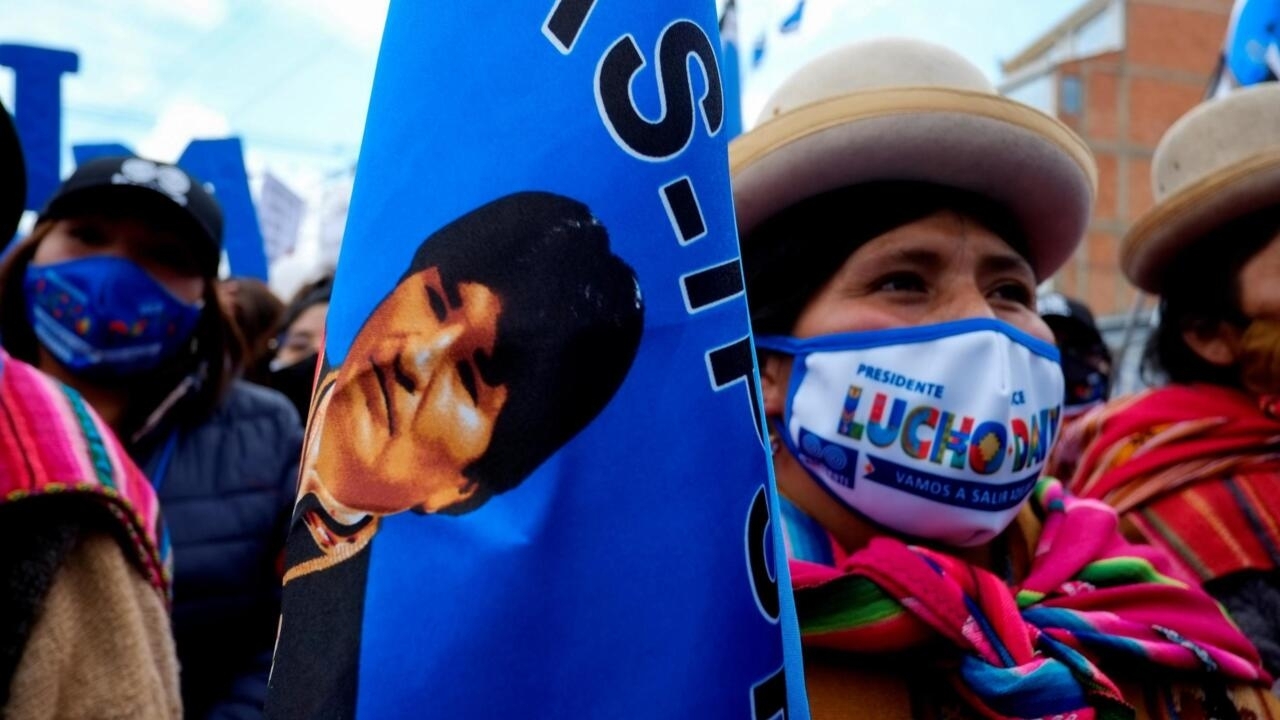 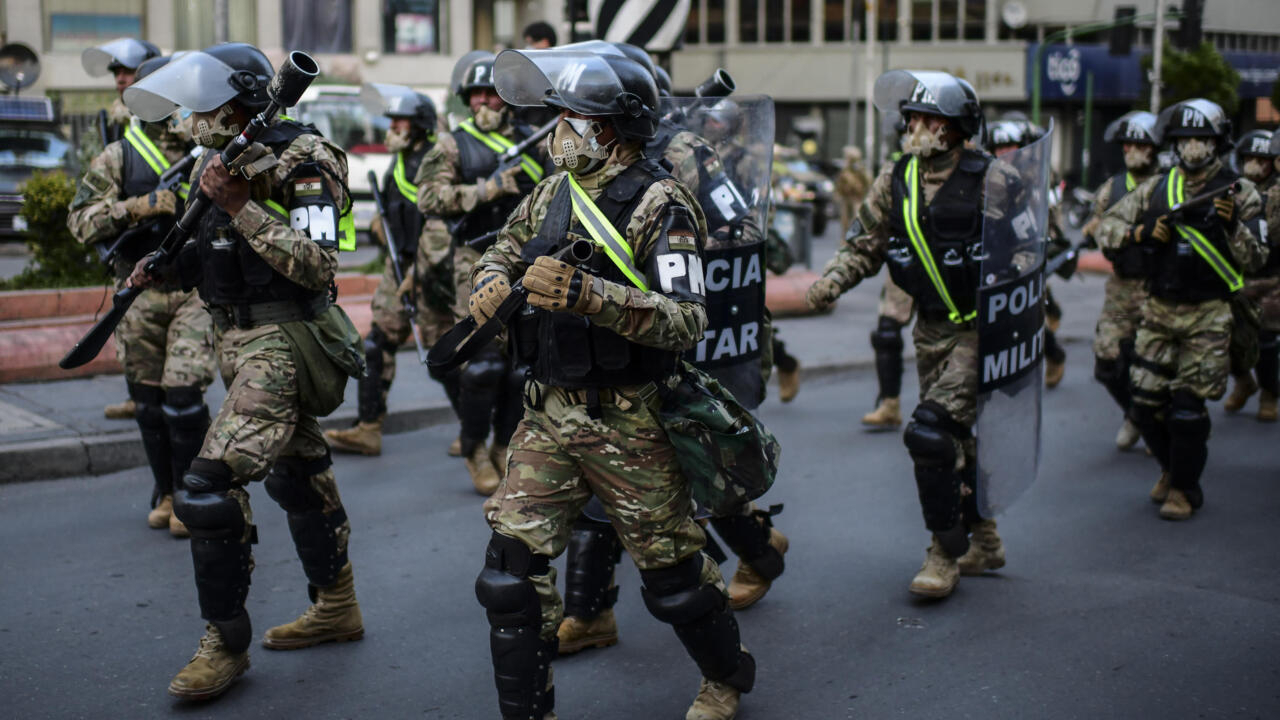 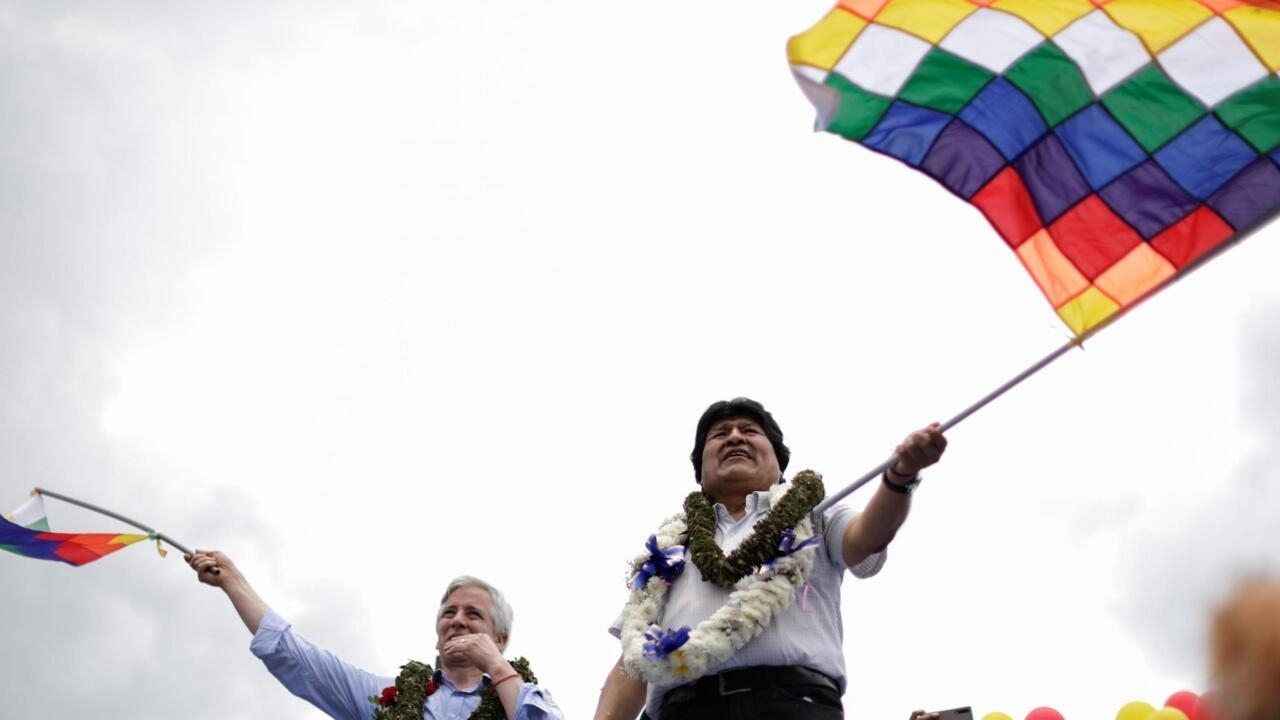