Riding on the health crisis that has shaken Europe since March, the QAnon conspiratorial network born in the United States in October 2017 is gaining followers on the continent thanks to social networks.… 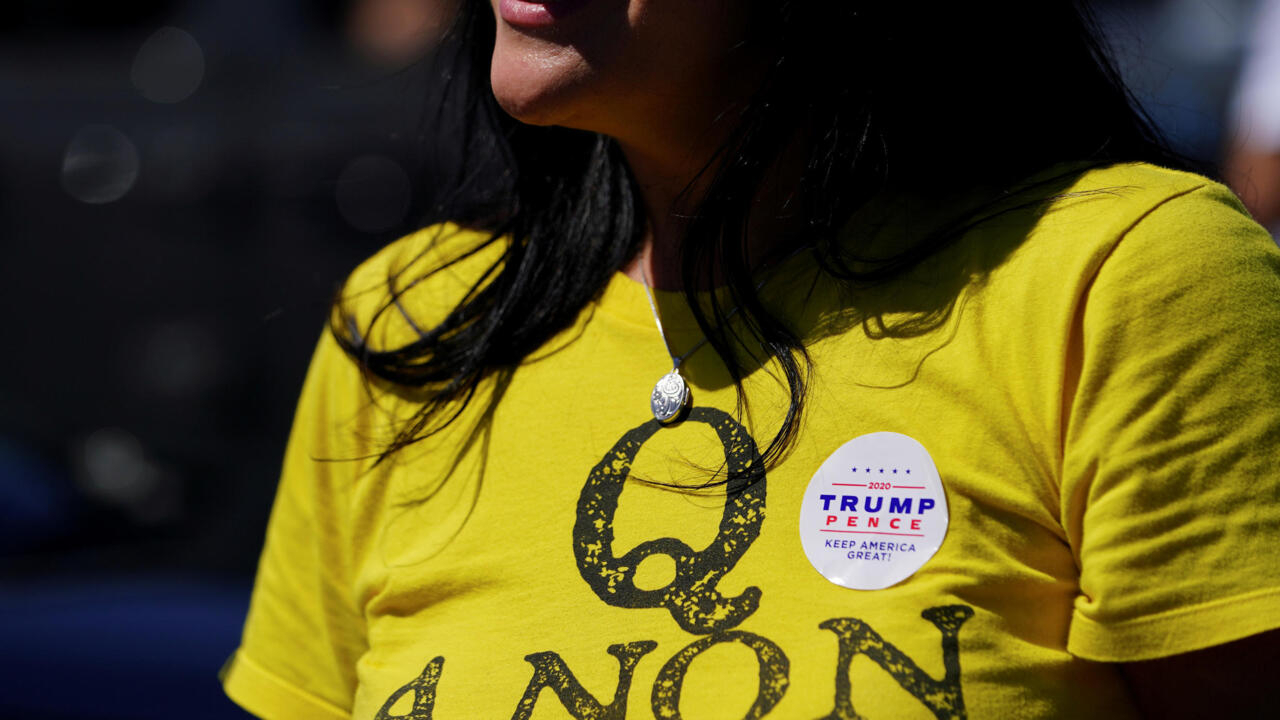 Strongly established in the United States, QAnon is now deployed in France and Europe.

A myriad of discussion forums, websites, YouTube channels are devoted to Q, this mysterious 4chan forum user who claims to be an infiltrated mole in the White House.

According to followers of this movement, US President Donald Trump is on a secret mission to rid the United States of a cabal of elites who control a "deep state" hiding a sprawling network of "pedophiles".

According to a report published by the site NewsGuard which fights against disinformation, European Internet users questioned very early on how the QAnon theories could apply to their countries "by pointing out that the deep state had no borders ".

These conspirators of all stripes then targeted local political figures using QAnon's favorite themes such as child crime, the existence of a parallel government or even disinformation organized by the mass media.

These conspiracy theories have spread all the more quickly as they have been carried by popular disinformation groups and sites.

In France, a convergence has been observed with sites linked to the far right but also to the yellow vests movement.

Thus, in March 2019, a group "Yellow Vests versus Pédocriminalité", relying on stories related to QAnon, appeared on Facebook.

It was closed by Facebook on Tuesday, October 6 after the ban by the social network of all groups referring to the movement.

professor at Sciences Po and specialist in social networks, the success of QAnon can be explained in particular by its participatory dimension.

"Compared to a classic conspiracy theory, with QAnon there are elements to be interpreted. It is not a ready-made idea but a proposal to collaborate together to understand this world", analyzes the researcher, who there also sees a religious dimension.

"You could compare it to the gospels to be interpreted."

According to the NewsGuard site, the Covid-19 crisis has largely contributed to the spread of QAnon in Europe.

During containment, the number of similar sites increased exponentially.

In London this summer, several anti-mask and anti-containment protests brought together thousands of people.

In the processions, some signs made direct reference to QAnon.

In Italy, several politicians of the 5 Star Movement have publicly referred to QAnon and used his messages in their speeches.

However, it is in Germany, according to NewsGuard, that Q theorists seem to find most resonance in the public sphere.

Example with Michael Ballweg, founder of the Querdenken 711 initiative, an active movement in Stuttgart close to the far right claiming to be QAnon and which multiplies anti-mask actions.

Across the Rhine, QAnon theories resonated more particularly with followers of the Reichsbürgerbewegung movement, which asserts that Germany is not fully sovereign and has remained secretly occupied by the United States since the end of World War II.

The chaotic management of the health crisis has undoubtedly contributed to worsening the mistrust of the populations vis-à-vis elites and institutions, estimates Fabrice Epelboin, who cites as an example the fiasco of the management of stocks of masks in France.

"The state lie then became evident," assures the academic, who emphasizes that "we are all vulnerable at one time or another to a conspiracy theory."

According to a recent study published in the British journal Royal Society Open Science, up to a third of the population of certain countries is likely to believe in false information on Covid-19, conspiracy theories which have the effect of increasing mistrust of a future vaccine.