Mohammed bin Rashid: The UAE is the country of everyone, our experience, our doors and our books will remain open

His Highness Sheikh Mohammed bin Rashid Al Maktoum, Vice President, Prime Minister and Ruler of Dubai, said, “The most recent and largest study of Arab youth, in 17 Arab countries, in favor of (ASDA'A BCW), showed that nearly half of Arab youth are thinking of emigrating from their country. Painfully wanting half of our wealth th 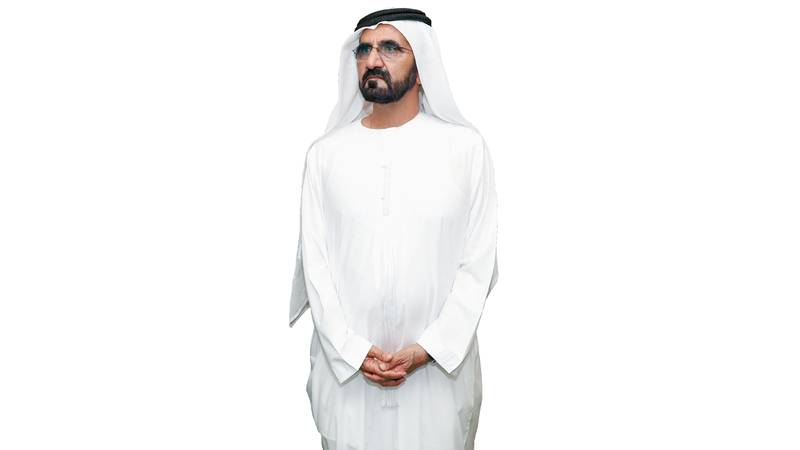 Mohammed bin Rashid: The UAE is the country of everyone, our experience, our doors and our books will remain open

His Highness Sheikh Mohammed bin Rashid Al Maktoum, Vice President, Prime Minister and Ruler of Dubai, said, “The most recent and largest study of Arab youth, in 17 Arab countries, in favor of (ASDA'A BCW), showed that nearly half of Arab youth are thinking of emigrating from their country. .. It is painful that half of our Arab wealth wants to emigrate .. It is painful when the Arab youth does not find a homeland, security, and a living in his homeland.

His Highness added, in tweets on “Twitter”: “The survey also indicated that 77% of Arab youth believe that government corruption exists in their countries, and 87% of them are concerned about unemployment in their countries. We say if governments are corrupt .. the country is ruined and its security is reduced, Its family left it, and every official will be responsible before God .. The story does not end here ».

His Highness added: “The survey also indicated that the UAE is the preferred country to live for 46% of Arab youth, followed by the United States 33%, then Canada, Britain and Germany, and we tell them, the UAE is the country of everyone, and we have tried to build a successful model, our experience, our doors and our books. It will remain open to everyone.

In addition, the results of the 12th annual “ASDA'A BCW” survey of Arab youth opinion, issued yesterday, revealed that the UAE will continue for the ninth year in a row the “favorite country” for Arab youth, as this result reinforces the UAE’s position among Arab youth circles. As one of the best places to live, and a model for the rest of the Arab world.

About half of the Arab youth (46%) chose the UAE, when asked about the country they are looking to live in.

The UAE ranked first (52%) when asking Arab youth in the Middle East and North Africa about the country they want their countries to emulate, while the United States ranked second (30%), followed by Germany (23%), and Canada (21%). %), And Japan (20%).

When asked, specifically, about the most common ideas associated with the UAE, Arab youth mentioned several factors, resolving in the first five ranks, including: security and safety (44%), a wide range of job opportunities (36%), remunerative salaries (32%), and the economy. Growing (31%), and an outstanding destination to start a family (25%).

What confirms the firm position of the UAE, throughout the Arab world, is that the vast majority of Arab youth (89%) see it as an ally of their country.

In addition to being one of the three most important emerging powers, it succeeded in leaving the largest footprint in the Arab world, along with Saudi Arabia and the United States of America.

Moreover, the UAE ranked first as the best leadership in the world in combating the "Covid-19" pandemic.

The government efforts in this regard have been praised by Emirati youth, with 98% saying that they are now "more proud" of their national affiliation, than they were before the pandemic.

Emirati youth also agreed, 100%, on the government's handling of the outbreak of the pandemic.

The results of the largest independent study on youth in the Middle East and North Africa region, which was conducted by the International Strategic Analysis and Research Agency (PSB) for ASDA'A BCW, revealed the views of Arab youth on a range of topics, including protests. Anti-government attacks, which erupted last year in several parts of the region, as well as gender rights, personal identity, jobs, personal debt, international relations, and media content consumption.

The poll included 4000 young men and women, between the ages of 18 and 24, from 17 Arab countries in the Middle East and North Africa, with a 50:50 gender distribution of the sample.

The research was conducted in two phases. The main poll included 3,400 personal interviews, conducted between January 19 and March 3, 2020, before the impact of the "Covid-19" pandemic reached the region.

Whereas, the "Covid-19 Pulse" poll was conducted in the second phase between August 18 and 26, 2020, in six Arab countries, and included 600 personal and online interviews.

On this occasion, President of PCW Middle East and founder of ASDA'A BCW, Sunil John, said: “The UAE has been, for many years, a beacon of hope in the region, and this unique and ideal country that celebrates pluralism continues. Social, religious and cultural, to win the admiration of Arab youth who consider it the best country in the world to live, and want their countries to emulate it;

It is ahead of all its counterparts from Western and Eastern countries.

This is the best evidence of the positivity and outlook enjoyed by the leadership and people of the UAE.

And John added: “The results of the survey showed the growing sense of national belonging among the Emiratis, after their country recorded many unprecedented achievements during this exceptional year, including its success in launching the Hope Probe to Mars, in the first Arab mission to space, and the signing of the peace agreement with Israel. This is also reflected in other key results of the survey, as Emirati youth expressed completely opposite views of most of their counterparts in other countries, especially regarding their confidence in the capabilities of their government, the desire to emigrate, and the national affiliation that they consider more fundamental to their personal identity than religion.

While half of the Arab youth in the region confirmed that they had considered leaving their countries, due to the lack of job opportunities and rampant government corruption, 90% of Emirati youth denied their thinking about the issue.

Vice President of the State:

"87% of Arab youth are concerned about unemployment in their countries ... it is painful when they cannot find security and livelihood in their homeland."

"It is painful that half of our Arab wealth wants to emigrate ... It is painful when the Arab youth cannot find a homeland, security, and a living in his homeland."

"If governments corrupt, the country will be ruined, its security diminished, and its people abandon it ... and every responsible is responsible before God."

The UAE ranked first as the best leadership in the world in combating the Corona pandemic.

The vast majority of Arab youth see the UAE as an ally of their country.

The UAE left the largest footprint in the Arab world ... along with Saudi Arabia and the United States.

Considering that 65% of the Arab population is young people under the age of thirty, the survey provides evidence-based insights into the attitudes of more than 200 million Arab men and women, and it also provides public and private sector institutions with important data and analyzes that help them make the right decisions. Good policies.

Al Mazrouei: The UAE is pursuing an unconventional strategy for youth welfare

The Minister of State for Youth Affairs and Chair of the Board of Directors of the Federal Youth Foundation, Shama Al Mazrouei, said that the UAE is following an unconventional national strategy for youth welfare, which constitutes a vivid and advanced model for translating the true voice of youth and turning it into a tangible reality.

In a speech marking the launch of the results of the 12th annual "ASDA'A BCW" survey of Arab youth opinion, she indicated that reaching rewarding results is worth the risk. Young people and activating their role is an established approach in the Emirates, and a main focus of the National Youth Strategy, and this is clearly reflected in the results of the poll.

Commenting on the poll results, she said, "We are very pleased to receive this appreciation from the region's youth, and we are fully aware of the extent of the responsibility that this trust imposes on us towards all countries of the Middle East and North Africa."

Hussein Ibish, senior resident researcher at the Arab Gulf States Institute in Washington, said in an analytical opinion, written in the survey working paper: “In recent years, the UAE has been able to establish a new Arab model for how government and society interact with a diverse group of individuals and societies. On the basis of pluralism, tolerance and diversity.

This model stands in complete contrast to the closed, xenophobic religious tendencies in some other Arab countries.

The poll indicates the UAE’s success in resolving this issue in its favor.

Emirati youth are more proud of their national belonging than they were before Corona.

Of Arab youth, they believe that government corruption exists in their countries.

"For several years, the UAE has always been a beacon of hope in the region." 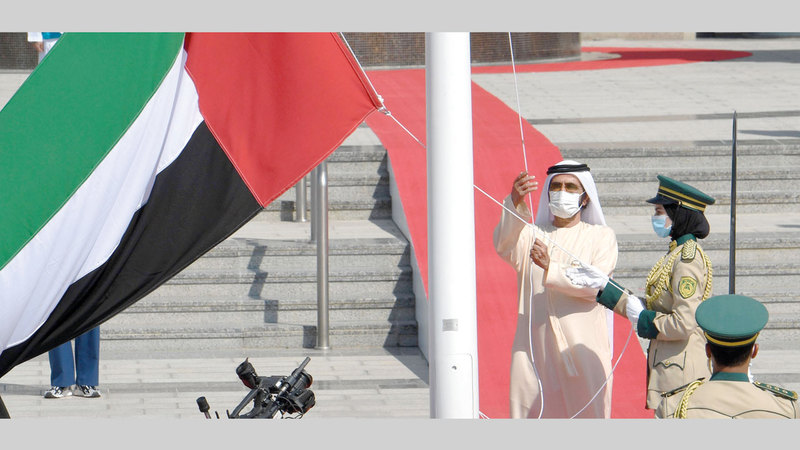 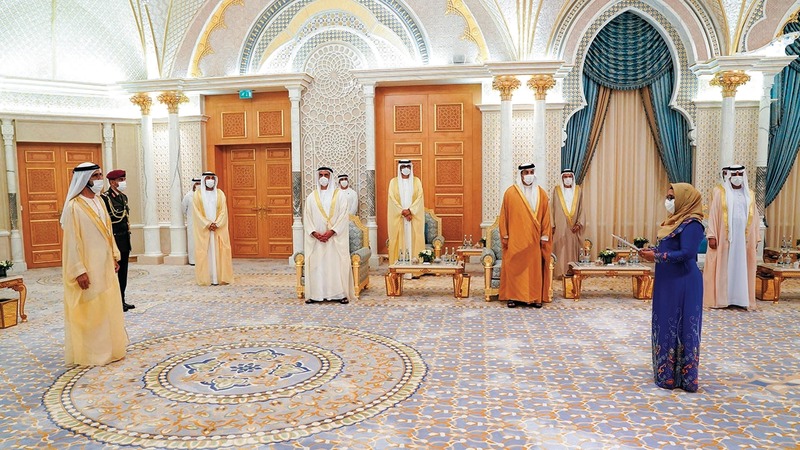 News/Politics 2020-11-03T12:41:52.382Z
Mohammed bin Rashid: The flag of the Emirates is high, with the high humor of its people, the cohesion of its people and the generosity of its society 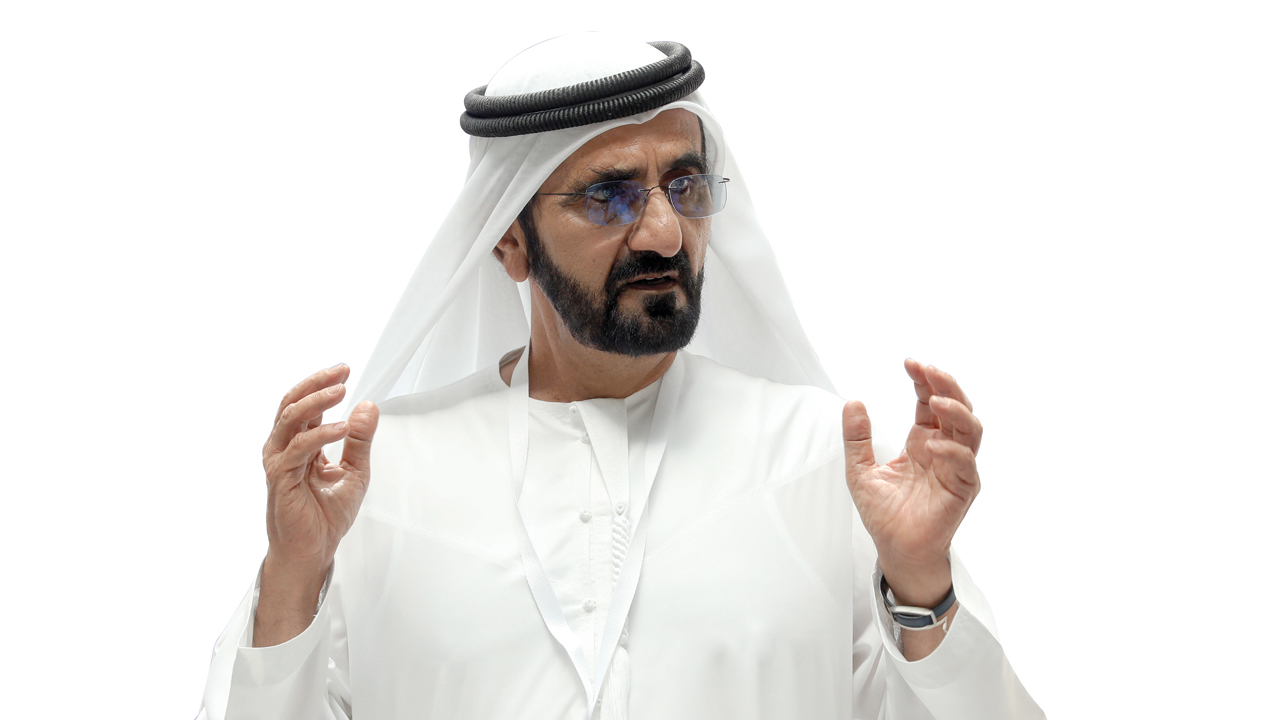 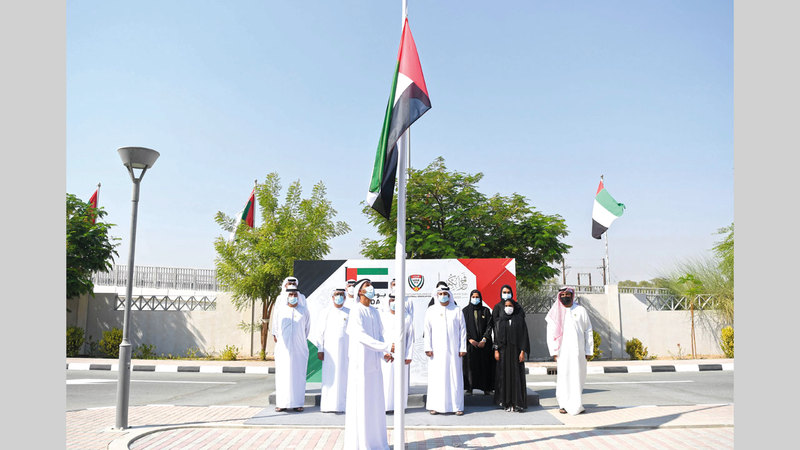 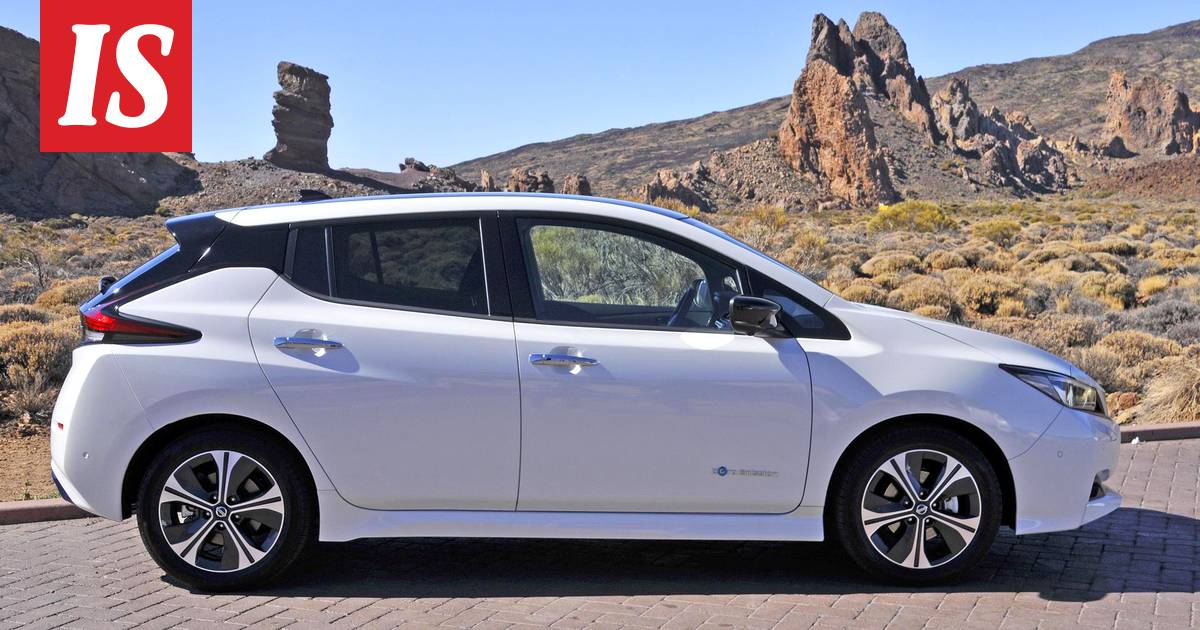 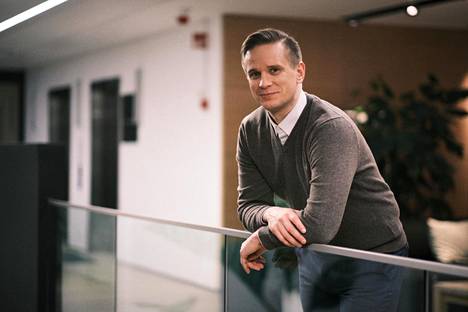 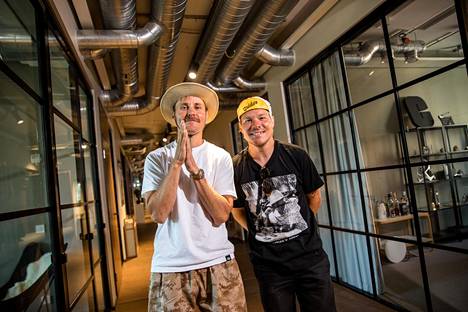 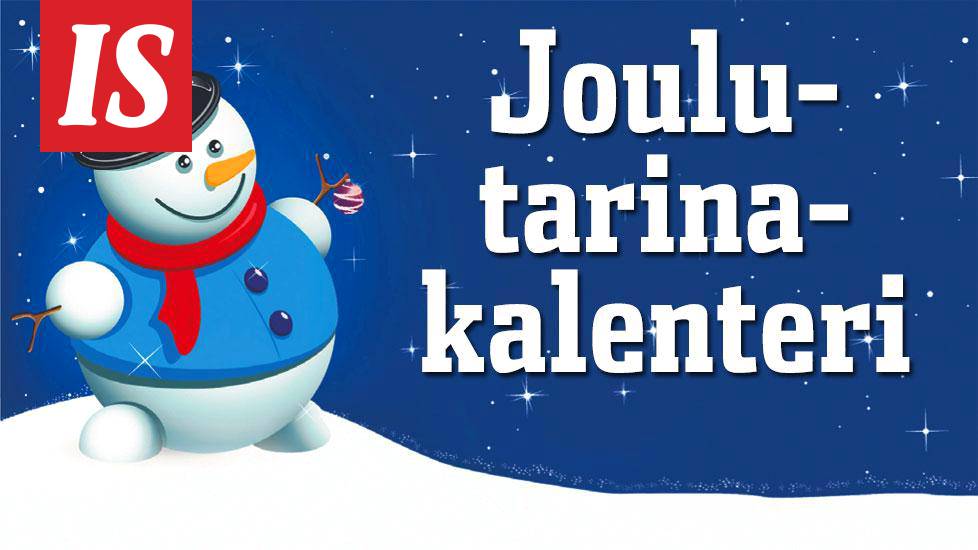 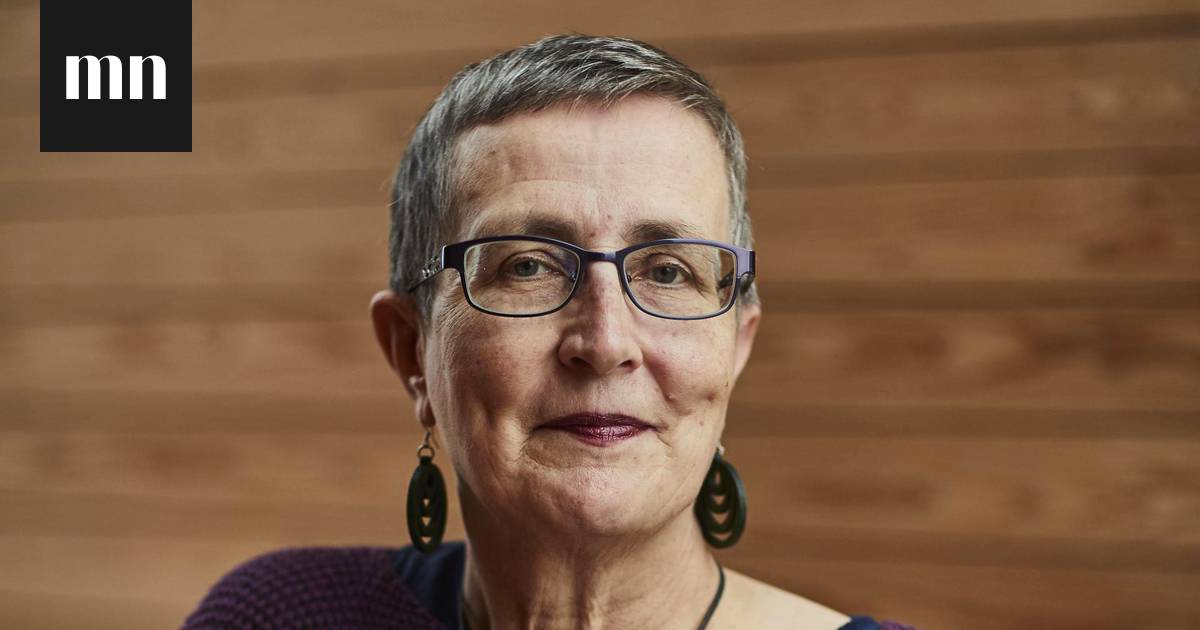