Best UEFA player: Lewandowski, "the machine" finally rewardedBerlin (AFP) Robert Lewandowski, Bayern Munich's goal machine named Thursday UEFA player of the year, had long dreamed of individual recognition: to the point of having sometimes badly accepted his bad rankings in the Ballon d'Or, very far from the stars Ronaldo and Messi. "If you ask me if I would one day like to be footballer of the year? Obviously," he said in August, before winning the first 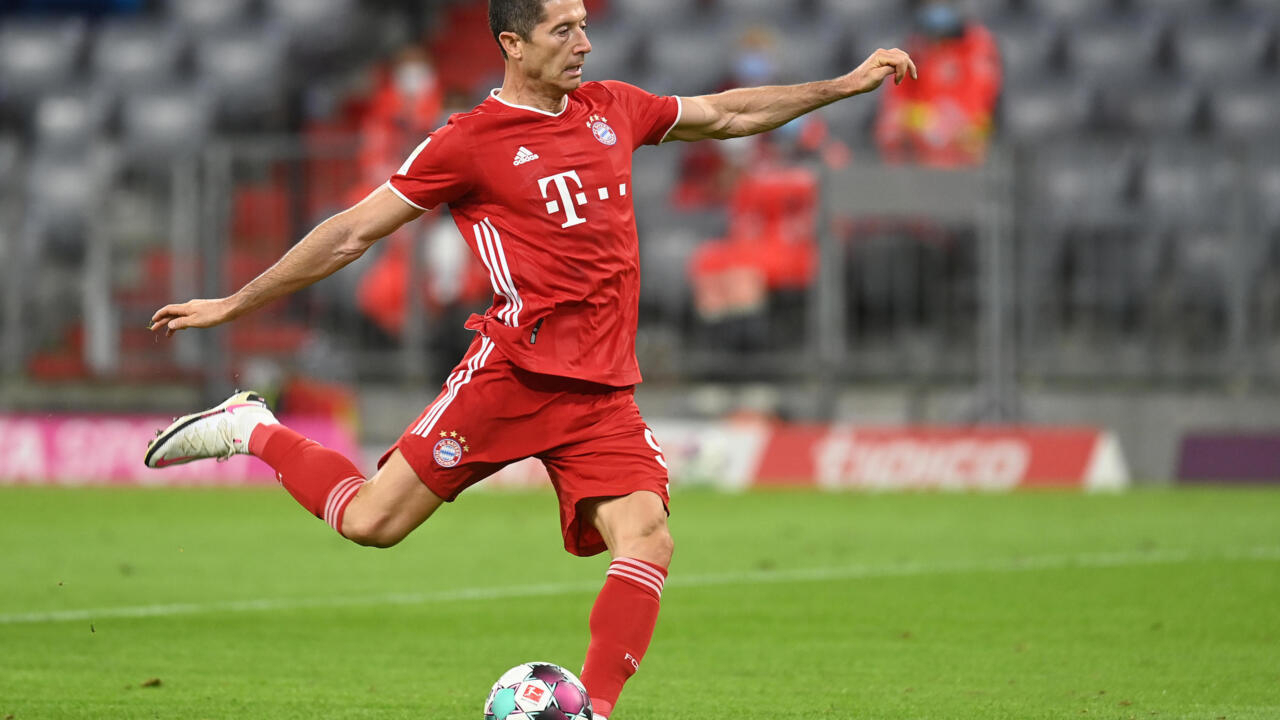 Robert Lewandowski, Bayern Munich's goal machine named Thursday UEFA player of the year, had long dreamed of individual recognition: to the point of having sometimes badly accepted his bad rankings in the Ballon d'Or, very far from the stars Ronaldo and Messi.

"If you ask me if I would one day like to be footballer of the year? Obviously," he said in August, before winning the first Champions League of his career, at 32, with a record staff of 15 goals, just two units behind Ronaldo's all-time record "CR7".

But so far, the Pole who arrived at Bayern in 2014 had mostly come up against his own limits: incredible consistency in the Bundesliga (five times top scorer in the last seven seasons) and in the group stage of the Champions League, he had often stalled at the time of the spring chopping matches.

Since his memorable quadruple in the Champions League semi-finals against Real Madrid in 2013 with Dortmund, he had never even - until this year - been decisive in the knockout matches again.

To the point of attracting criticism, even mockery, on his inability to transcend himself during major meetings.

But this season, it was in the round of 16 that Lewandowski achieved his masterpiece, with three goals and four assists in two matches to shatter Chelsea (3-0, 4-1).

"Lewandowski was extraordinary", was enthusiastic then the 1990 Ballon d'Or Lothar Matthäus, "he is simply the most ultra guy in world football and has just proven it once again".

During the final tournament in Lisbon, the slender center-forward did not win any game on his own: he scored the 6th goal against Barcelona (8-2) and the third against Lyon (3-0) in the quarter and semi final.

In the final against Paris SG (1-0), he left it to Kingsley Coman to score the only goal of the evening.

Proud, Lewandowski has sometimes suffered from this discrepancy between his talent and the perception Europeans had of it.

In 2016, he finished 16th in a Ballon d'Or dominated by Ronaldo, and expressed his frustration on Twitter with a line of “laugh to tears” emoticons, before treating the France Football competition as a “cabaret”!

But his managers and coaches at Bayern have always supported him.

In August, club boss Karl-Heinz Rummenigge, himself a double Ballon d'Or 1980-1981, pleaded for his striker: "He is perhaps playing the best season of his career. He would have deserved the Ballon d'Or "if the 2020 trophy had not been canceled due to the pandemic, he said.

An instinctive scorer but a hard worker, Lewandowski has progressed enormously in recent years to diversify his game. Able to win to come and participate in the construction, very strong back to goal, he is much more than a simple finisher (six assists l last year in the Champions League, in addition to his 15 goals).

He has also long since integrated one of the fundamentals of Bayern: alone in tip, he never balks to wet the jersey to do his part of the defensive pressing.

This UEFA trophy also rewards a rigor in the preparation which makes the admiration of all: "My husband is a machine", recently launched his wife Anna, former Polish international of karate, which serves as his private coach and watches over his diet.

In the locker room, his teammates nicknamed him "The Body" for his body sculpted by weight training.

"It is an absolute model of professionalism, a condition for staying at the highest level for a very long time," sums up Oliver Kahn, the former Bayern goalkeeper designated successor to Rummenigge at the head of the club, "he has the same state of mind than a Manuel Neuer (34) or a Cristiano Ronaldo (35) ".

And now an individual trophy, like the biggest names in football.