"Absolutely baseless and unacceptable": the Kremlin reacted to Navalny's statements about Putin

Alexei Navalny's accusations against Vladimir Putin are "absolutely groundless and unacceptable." This was stated by the press secretary of the President of Russia Dmitry Peskov. Earlier, Navalny, in an interview with Der Spiegel, expressed the opinion that the president of Russia was allegedly behind his "poisoning". According to Peskov, such "rhetoric bordering on insults" is a way to "claim some kind of participation in the political struggle." 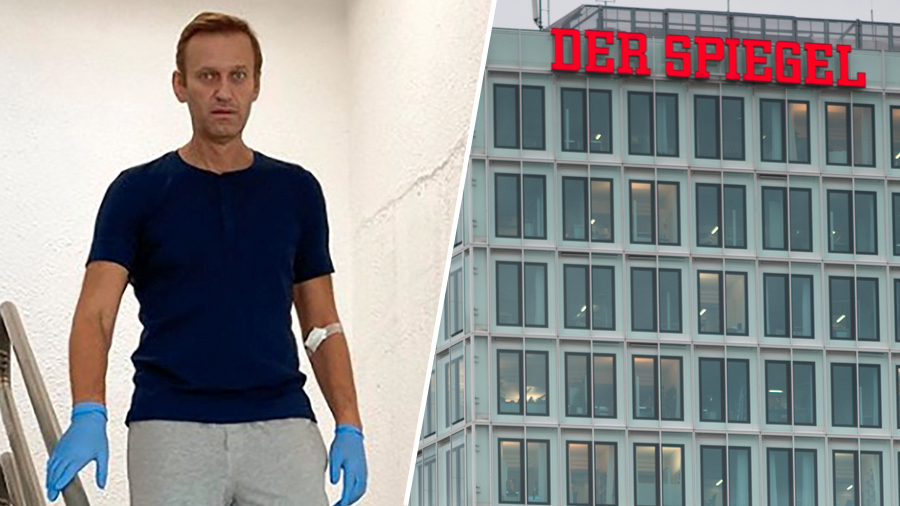 In an interview with the German edition of Der Spiegel, Alexei Navalny allowed himself "absolutely groundless and inadmissible" accusations against Russian President Vladimir Putin.

This opinion was expressed by the press secretary of the head of state Dmitry Peskov.

“Moreover, we consider a number of these statements insulting, absolutely offensive and also unacceptable,” Peskov said.

According to him, "rhetoric bordering on insults" is a well-known way of those who want to put you on a par with the president and "claim some kind of participation in the political struggle."

"The real rivals of the president in the political struggle are completely different people and other forces, they are not quasi and not marginal, but a real opposition," added a Kremlin spokesman.

According to him, Moscow wants to investigate "the case of the Berlin patient", and there is "no heroism" in the blogger's desire to return home.

“And treatment can be done in our country, almost all people do this.

Lives are saved in our country, and the life of this patient was also saved in Russia, ”Peskov said.

On Thursday, October 1, an interview with Alexei Navalny was published on the website of the German edition of Der Spiegel.

He accused Russian President Vladimir Putin of his "poisoning" and announced his intentions to return to Russia.

I'm not saying this to flatter myself, but based on the facts.

The main fact is "Newbie".

The order to apply or produce it can only be given by two people: the head of the FSB or the SVR, "Navalny said.

He also accused the doctors of the emergency hospital No. 1 in Omsk of lying about his diagnosis.

Alexei Navalny demonstrates himself as a "dishonest person", saying that Russian President Vladimir Putin is responsible for what happened to him.

This was stated by the Chairman of the State Duma Viacheslav Volodin, commenting on the blogger's interview with the German edition of Der Spiegel.

“Navalny is a shameless and scoundrel.

If what happened to him was directed by the special services of Western states - then his statement fits into this logic.

He was sincerely saved by everyone - from pilots and doctors to the president, ”Volodin said.

His words are quoted by the press service of the lower house of the Russian parliament.

The Speaker of the State Duma also drew attention to the fact that the FRG authorities are not going to create a working group with the State Duma.

Recall that the Russian doctors who treated Navalny repeatedly pointed out that the tests carried out did not reveal traces of toxic substances in the patient's body.

“The German Bundestag is not going to create a working group with the State Duma in order to sort out what happened.

Russia, despite the appeal of our bodies, has not been provided with either biomaterials or the conclusions of the doctors who examined Navalny upon admission to the hospital, ”Volodin explained.

According to him, it is "quite obvious" that Navalny is working "in the interests" of the special services and authorities of Western countries.

Press Secretary of the Russian President Dmitry Peskov also noted that "specialists from the US Central Intelligence Agency" are working with the Russian blogger.

As the first deputy chairman of the State Duma's international affairs committee Dmitry Novikov told RT, Navalny's statements are not backed up by "any intelligible evidence."

“He is needed to be able to promote him as a kind of“ promising Russian leader ”who can resist the“ evil regime ”, which is young enough, which has temporary resources, on which you can rely not only in the short term, but also in the long term.

Alexei should take into account that the West, rocking the internal political situation in this or that country, never relies on any one figure, ”the parliamentarian said.

Chronology of the incident

Recall that on August 20, Alexei Navalny became ill on board an S7 airline, which was flying from Tomsk to Moscow.

The airliner urgently sat down at the Omsk airport, from where Navalny was taken to a local hospital.

After the doctors considered his condition stable, the patient was transported to the German clinic "Charite", where he stayed from August 22 to September 22 - on that day, Navalny was discharged due to his health improvement.

While Navalny was undergoing treatment, German specialists conducted a study of his analyzes, allegedly revealing poisoning by Novichok.

At the same time, Russian doctors during the patient's stay in the Omsk hospital did not establish the presence of poisons in the patient's body.

Also, traces of a military nerve agent were found on a bottle of water that Navalny had in the Tomsk Xander hotel.

The Russian Ministry of Foreign Affairs pointed out inconsistencies in the German version, noting that Germany's actions in the situation with Navalny were so well-adjusted that they thought about whether the incident was a staging "on the theme of the mystical use of chemical weapons."

The Foreign Ministry also considered the fact that no one from the circle of Navalny, poisoned by Novichok, suffered from a military nerve agent, was "an amazing thing on the verge of fantasy".

It should be noted that one of the accompanying blogger was Maria Pevchikh, who avoided giving explanations to the investigation and flew to Germany.

According to media reports, her father, Konstantin Pevchikh, is associated with research and development in the field of medical sciences and nanotechnology.

Along with this, RT found out that Maria Pevchikh lives in the UK, and over the past ten years she has visited Zurich, Geneva, Frankfurt, Hannover, Dresden, Brussels and Tehran dozens of times.

RT, citing sources, found out that Pevchikh, who was called the head of the investigation department of the Anti-Corruption Foundation *, never officially worked at FBK.

Former lawyer and ex-head of the Moscow headquarters of FBK Vitaly Serukanov also told RT that most of the employees of the Anti-Corruption Foundation did not know what she was specifically doing.

“Maria Pevchikh was different from other employees of the foundation.

She is an extremely private person.

Most didn't even know what she was doing.

She appeared at work irregularly, sporadically, "Serukanov said in an interview with RT.

* The Foundation for the Fight against Corruption (FBK) is included in the register of NPOs performing the functions of a foreign agent by the decision of the Ministry of Justice of the Russian Federation dated 09.10.2019. 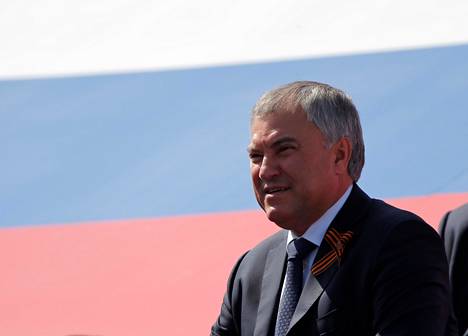 News/Politics 2020-08-26T10:01:49.200Z
Russia launches its own Navalnyi investigation: Hints that the European Union has plotted the illness of an opposition leader 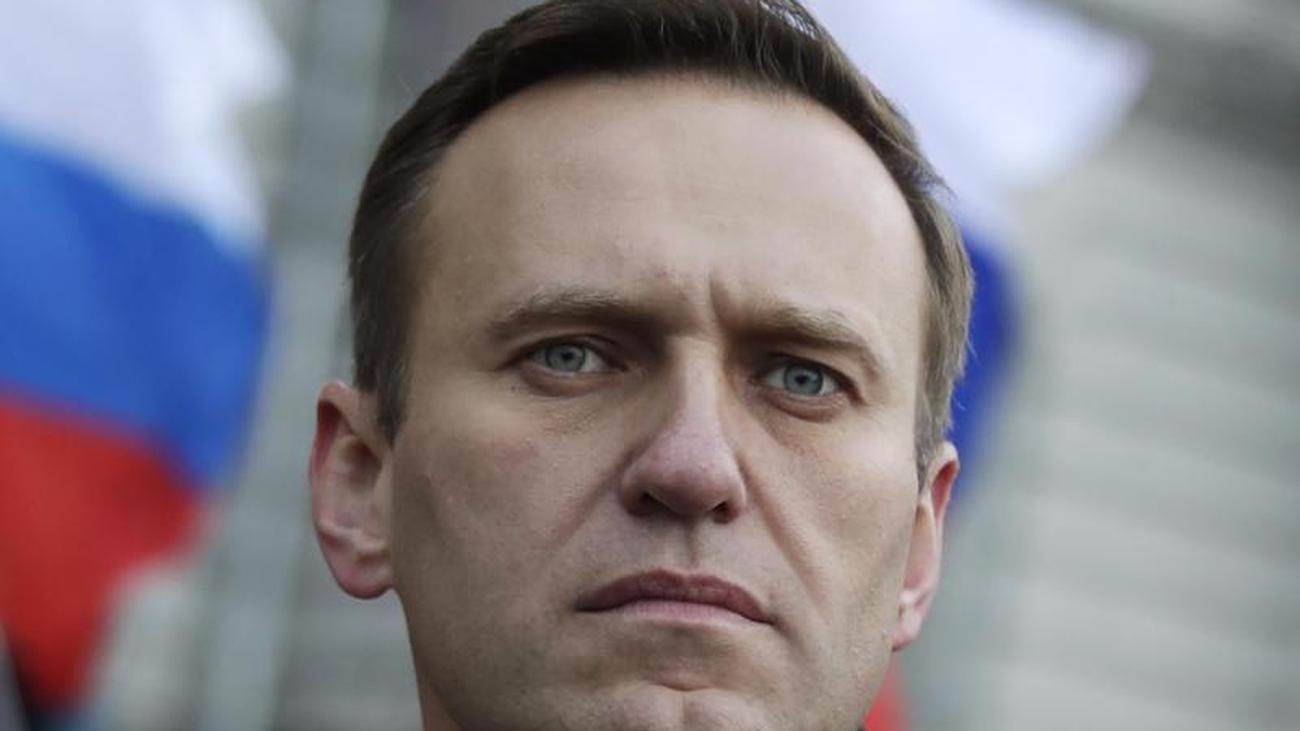 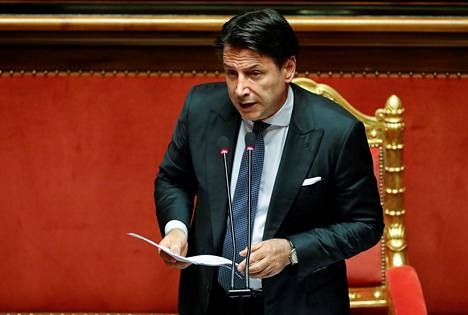 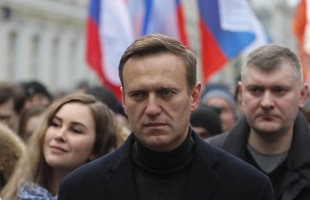 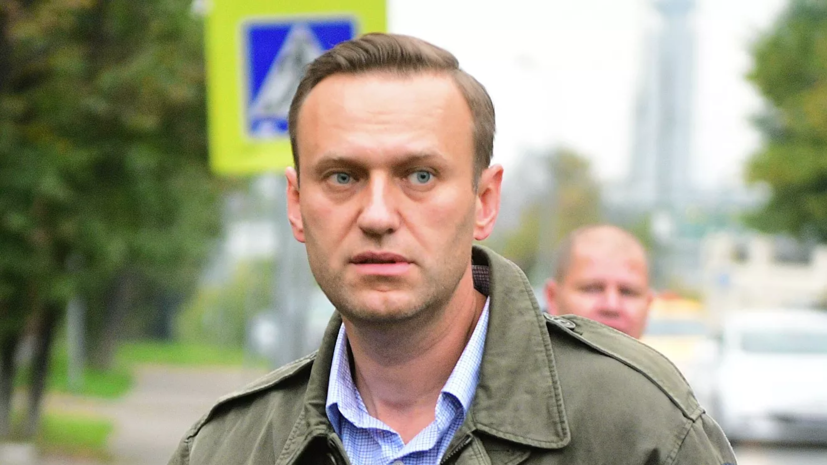 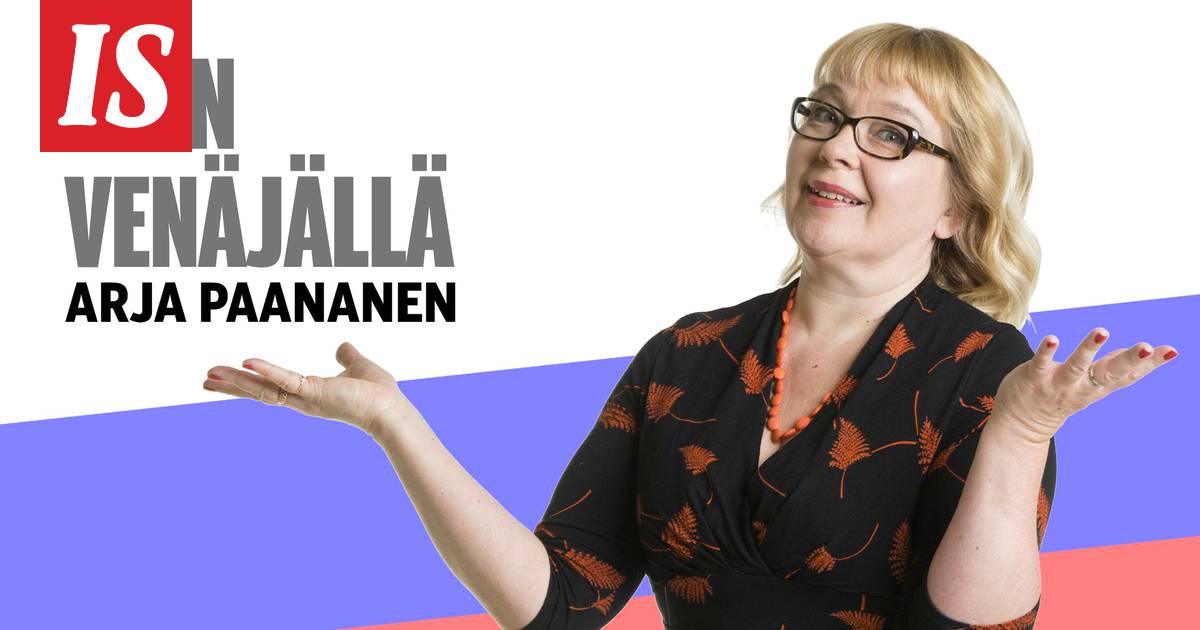 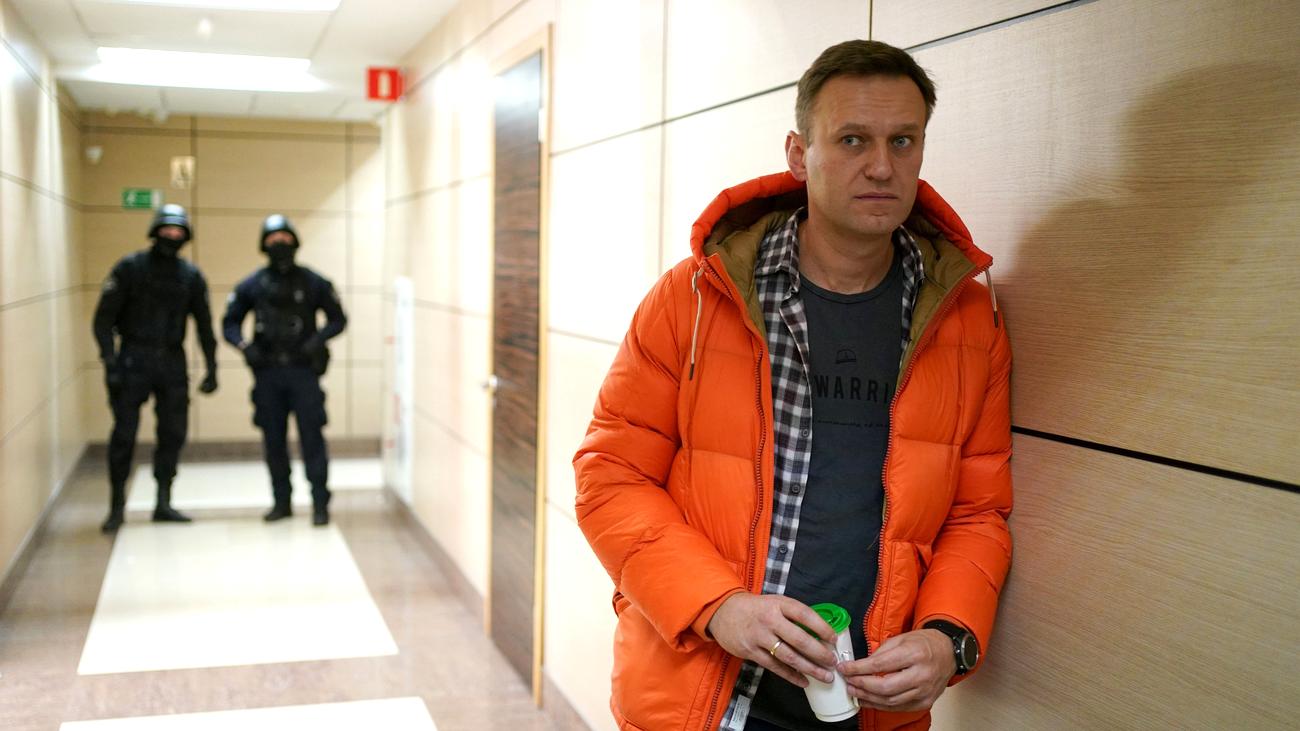 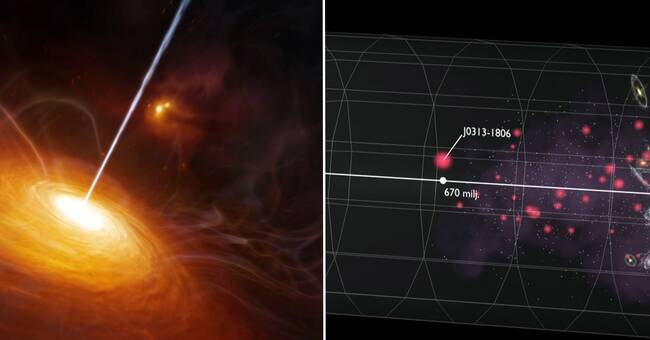 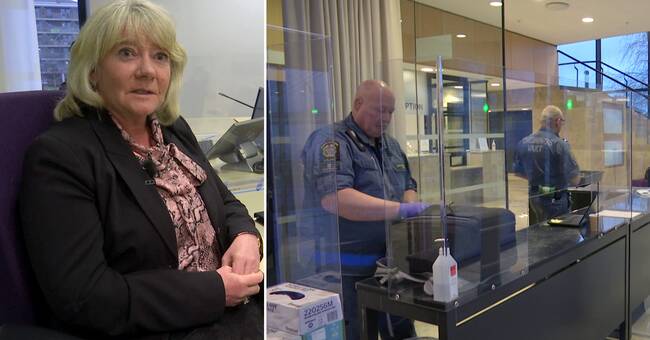 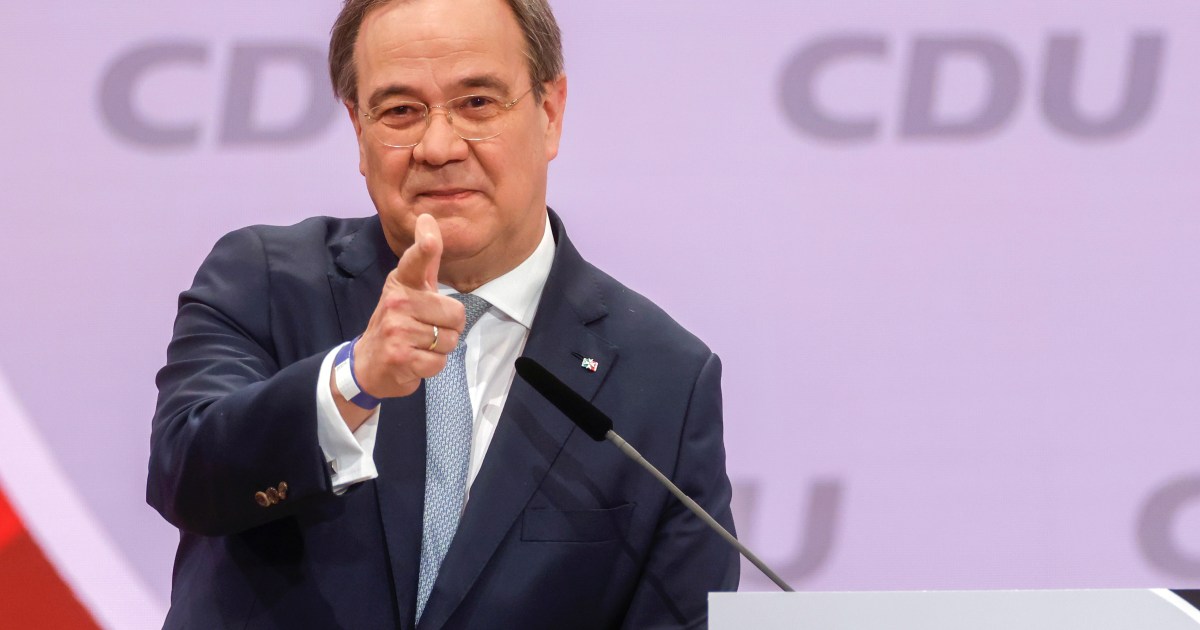 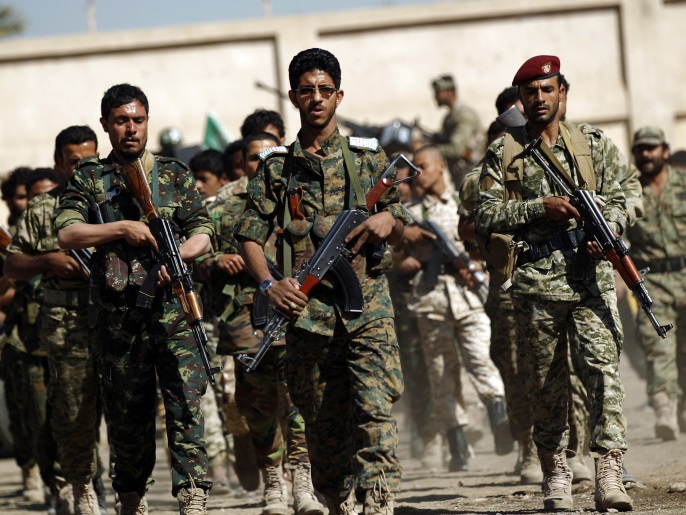 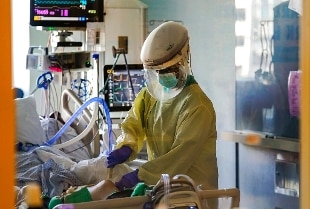