In the Inner Mongolia Autonomous Region, where many Mongolian minorities live in China, there is growing opposition to school education reducing Mongolian lessons and strengthening Chinese education, but authorities have participated in protests. We are strengthening the tightening, such as detaining the parents of the school one after another.

In the Inner Mongolia Autonomous Region, from the new semester of this month, "Kokugo" classes for first graders and first graders of junior high school will be conducted in Chinese instead of the traditional Mongolian language, and from next year onward, other subjects will be held in China. It was decided to switch to language lessons.

On the other hand, there is a growing sense of danger among Mongolians that their language may be lost, protests are taking place in various places, and according to local residents, demonstrators and classes The parents of the students who boycotted the school have been arrested one after another.

Among them, a former teacher woman told NHK's telephone interview that "many people have been arrested for illegal protests and treated like political prisoners. Teachers who opposed the new policy were also dismissed. It is threatened to reduce the salary. "

The South Mongolian Human Rights Information Center, a human rights organization based in the United States, has reported that more than 4,000 Mongolians have been detained by the authorities since late last month, according to local information.

A spokesman for the Ministry of Foreign Affairs of China said at a press conference on the 3rd of this month, "The official language of the country is a symbol of national sovereignty, and it is people's right and obligation to learn and use it." The education system in the two languages, Chinese and Mongolian, will not change, "he emphasized, and it seems that he wants to avoid growing criticism.

The state of the site

What is happening in Inner Mongolia Autonomous Region?

This month, NHK covered the protesting city of Hohhot.

In the city, there were signs and posters with the slogan of the Chinese Communist Party, which appealed for the unity of the people, written in both Chinese and Mongolian characters.

Around the ethnic school where Mongolian children attend, police were inspected, and they were seen stopping the passing cars and checking their ID.

When I heard stories about strengthening education in Chinese and protests in the city, some people all closed their mouths and left to escape.

In another area of ​​protest, local police have posted photos of more than 100 people on the Internet allegedly causing a turmoil and are calling for information with a bounty.

Under these circumstances, several Mongolian residents responded to telephone interviews from Japan on condition of anonymity.

Among them, a former teacher said that the people who participated in the protest demonstration and the parents of the students who boycotted the lessons were arrested one after another, and said that the government strengthened education in Chinese, "The government is legal for us. We are trying hard to do it without listening to the demands. Everyone is angry because it deprives us of the right to education in our native language, Mongolian. "

"We can't resist because the phone is eavesdropped, monitored, and in some cases arrested," said a village executive. "This policy protects the language and culture of the people." It clearly violates the constitution and the law that stipulates it, and is nothing more than oppression. It imposes a Han-centered way of thinking, makes us forget the Mongolian language, and means inner Mongolia. I'm trying to leave it as it is. "

Xi Jinping leadership, which was established in 2012 chanting repeat the slogan "the great revival of the Chinese nation", has called for unity as the Chinese nation under the Communist Party to all the people.

As part of this, we are focusing on Chinese language education for ethnic minorities, and measures similar to those in the Inner Mongolia Autonomous Region have been introduced one after another since 2017 in the Xinjiang Uighur Autonomous Region and Tibet Autonomous Region, where dissatisfaction with ethnic policies is deep-rooted. ..

Classes in Chinese are conducted in three subjects, including "morality" and "history" in addition to "national language", giving elementary and junior high school students of ethnic minorities an awareness of "Chinese people" and the values ​​and historical views of the Communist Party. It seems that the purpose is to infiltrate.

Xi Jinping Jintao, also an important conference on governance policy of the Xinjiang Uygur Autonomous Region was held to 26 days, it says "instill deep into the heart of the community spirit of the Chinese nation" through education.

Xi Jinping leadership in order to maintain the one-party rule by the Communist Party, the country of the stable has been an issue of the highest priority, to try ethnic policy Osaekomo the discontent of ethnic minorities to be that it is repressive, the control of in education It is expected that it will continue to be strengthened in the future.

The Inner Mongolia Autonomous Region borders Mongolia, is about three times as large as Japan, and has a population of about 24 million according to a 2010 survey.

Of these, the number of Mongolians whose mother tongue is Mongolian is about 4.2 million, which is 17% of the total.

The Chinese Constitution allows each ethnic group to use their own language, and even in the Inner Mongolia Autonomous Region, Mongolian-based classes have been held at ethnic schools for many years.

On the other hand, with the economic development of China, in recent years there have been more opportunities to use Chinese, which is advantageous for going on to higher education and employment, and there is a growing sense of crisis among the Mongols as the ethnic culture will be lost. It was.

In addition, in the autonomous region, large-scale resource development such as coal and rare earth is progressing recently, and economic development is expected, but the Mongols have little benefit and environmental destruction is progressing, politics and Dissatisfaction with the Han tribe, who holds the real power of the economy, is smoldering.

Expert "In the form of waking up a sleeping child"

Shinichi Kubota, president of the Japan Mongolian Association, who is familiar with the situation in the Tibet Autonomous Region, pointed out that strengthening education in Chinese is part of the Chinese government's assimilation policy for ethnic minorities. It may have been necessary to justify the strengthening of Chinese language education that had been introduced in the Xinjiang Uighur Autonomous Region and the Tibet Autonomous Region in advance. It could have a negative impact on policy, and I think we decided that we should strengthen it side by side with Uighur and Tibet. "

He also mentioned that China is deepening its confrontation with the United States over the response to the new coronavirus and the situation in Hong Kong. "In an external situation where the pressure of international public opinion is increasing and we have to be isolated. It is thought that it tried to unify and deal with one principle because it is an important ethnic issue for domestic stability. On the other hand, this measure did not have strong anti-governmental ideas and ethnic sentiment. As a result, it reminded people that they must have a strong awareness of being a Mongolian people, and from the perspective of the Chinese Communist Party, it may have become a form of waking up a sleeping child by doing something unnecessary. " I'm talking to you. News/Politics 2020-09-03T06:06:00.417Z
The Daily Beast: Mongolians protest against China's move to expand the influence of Mandarin in their region 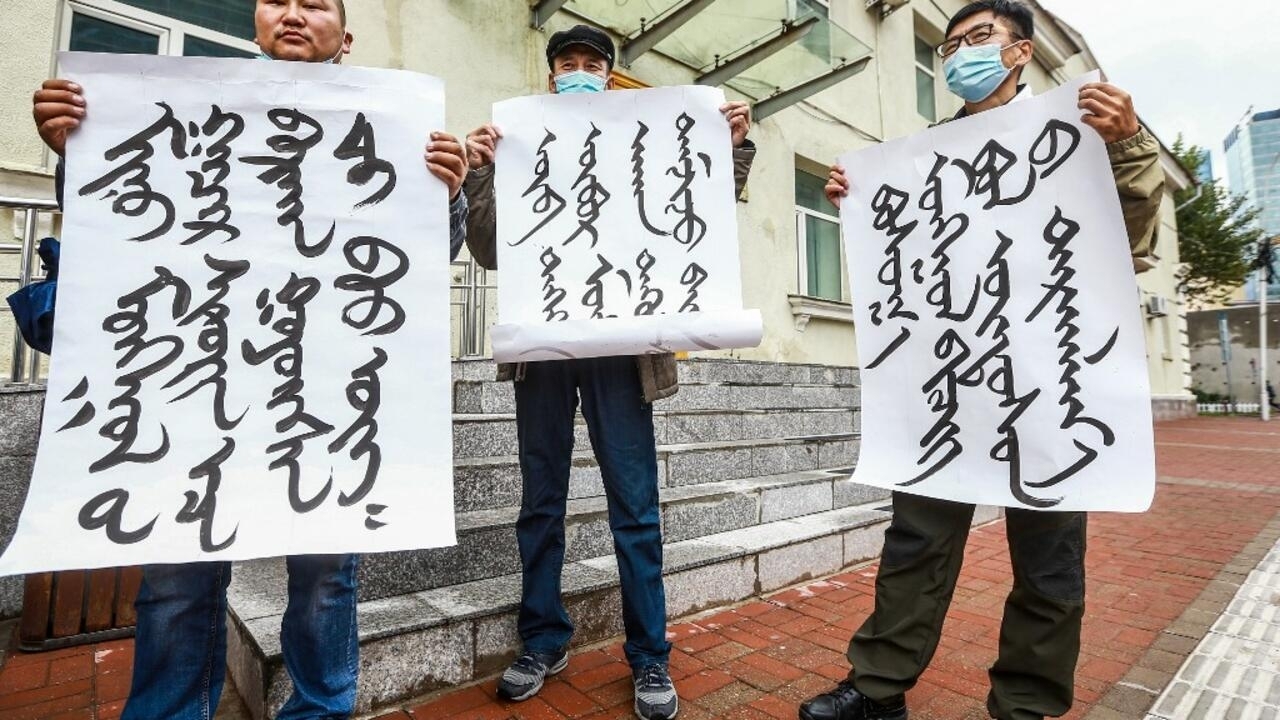 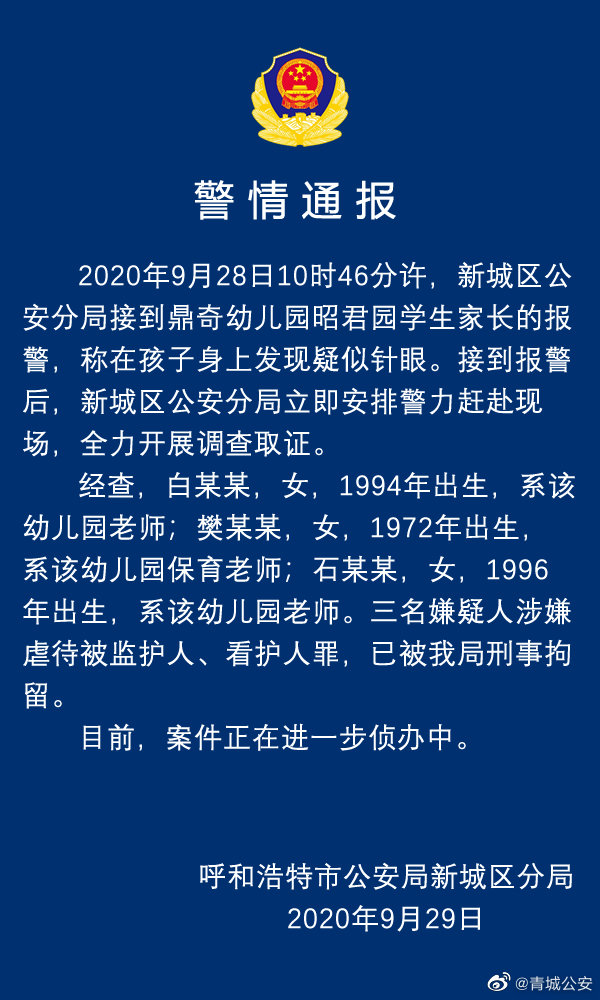