Russia registers a second vaccine against "Covid-19" in mid-October

Yesterday, the TASS news agency quoted the Russian Consumer Safety Monitor as saying that Russia expects to register a possible second vaccine to prevent the emerging corona virus (Covid-19), by October 15th. The vaccine was developed by the Victor Institute in Siberia, which Complete early human experiment 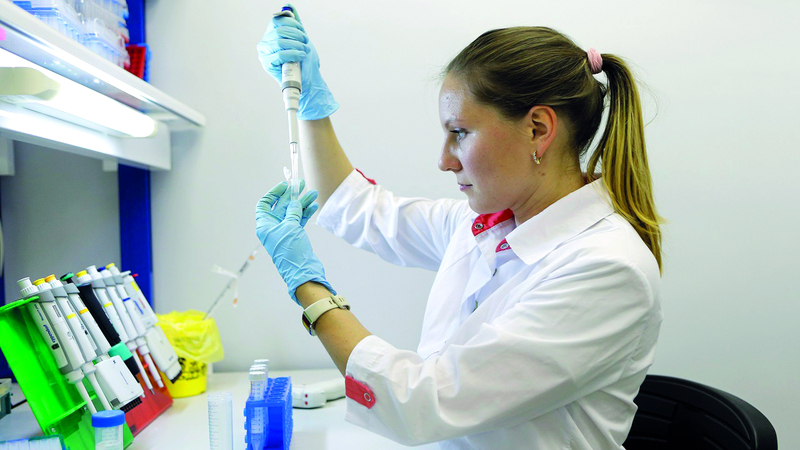 Developed by an institute in Siberia

Russia registers a second vaccine against "Covid-19" in mid-October

The vaccine was developed by the Victor Institute in Siberia, which completed early human trials of it last week.

Russia registered the first candidate vaccine against "Corona", and it was developed by the "Gamalia" Institute in Moscow, last August.

And the experiences of the last phase, are still ongoing.

The head of the government fund that finances the Russian vaccine project told «Reuters» that Russia is confident of the success of its vaccine, to the extent that it will bear some of the legal risks if things go wrong, rather than requiring buyers to accept full responsibility.

This decision makes the bodies that undertake the development of the vaccine, with the support of the Russian state, subject to huge compensation demands, if any unforeseen side effects appear for the vaccine, and the many institutions working to develop vaccines have sought to avoid this situation, by requesting tolerance. The buyer countries are fully responsible for any compensation.

This approach differs from that applied in many regions of the world. In the United States, for example, responsibility for vaccines for "Covid-19" has shifted entirely to the US government.

This protects the vaccine developers, because vaccination on a large scale against the disease is in the interest of society.

With the intensification of the global race to reach the vaccine, and the conduct of human trials with dozens of candidate vaccines, supporters of the Russian "Sputnik-5" vaccine see legal responsibility as a major arena for conflict, as they seek to seize a share of the market.

The head of the Russian Direct Investment Fund, the Russian sovereign wealth fund that supports the vaccine, Kirill Dmitriev, said: "Russia is confident of its vaccine, to the extent that it did not request a full guarantee, and this is a differentiating factor in front of any Western vaccine," adding that all Western companies requested protection from any claims. Compensation.

Dmitriev did not provide details of the legal liability terms in the contract with the Russian vaccine buyer, and his representatives said he had nothing to add.

However, the Minister of Health in the Brazilian state of Bahia, which intends to purchase 50 million doses of the Russian vaccine, told «Reuters» that Russian parties will bear the legal risks.

Dmitriev's statements came after some scientists expressed their concerns about the safety and effectiveness of the Sputnik-5 vaccine, after the Russian government approved it for use before testing it on a large scale in humans.

Yesterday, Russia recorded 6215 new cases of the Coronavirus, which is the largest number of infections recorded within 24 hours since last July 18, bringing the total number to one million and 115 thousand cases, and the authorities also announced 160 new deaths from the disease, bringing the total to 19 One thousand and 649 deaths, in a country with a population of about 144 million people.