Despite corona - restaurants are planning for Christmas dinner this year

Several restaurants in northwestern Skåne have now started planning for this year's Christmas table - despite the corona. But they will look a little different this year. 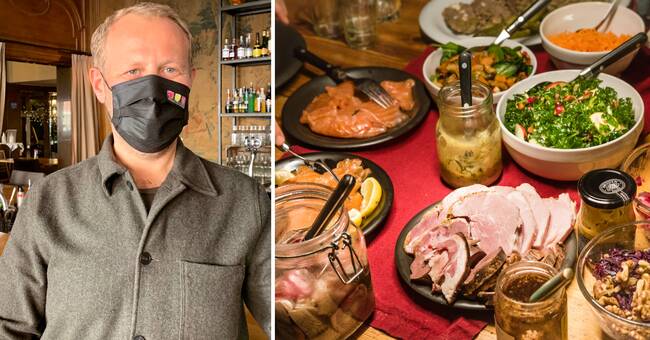 Going to a Christmas table with large buffets and lots of Christmas food is for many Swedes an annual tradition - which no one needs to be without this Christmas either, despite the corona virus.

Several restaurants and hotels in northwestern Skåne are in full swing planning for this year's Christmas celebration.

However, the dinners will have to look different this year to be implemented.

- There will be fewer people who can go at the same time and eat and as entrepreneurs you need to think about controlling the queues.

It is precisely the congestion that is seen as a possible source of infection, so they need to pay extra attention to that, says Olu Lindström, head of the food administration in the city of Helsingbord.

Christmas plate instead of buffet

At the Clarion Grand Hotel in Helsingborg, for example, you will completely skip the buffet and instead have table service

- We believe that there is a subdued need for people to want to be seen and then we believe more in serving the food on a plate so that we can handle sittings, times and to not get any queues, says Miri Sumiq, CEO of Clarion Grand Hotel Helsingborg.

The restaurant will have several serving tables instead of a single large buffet.

- We will also have fewer guests.

In normal cases, we usually have about 8,000 people, but now it is only half, says Katarina Dahlstrand, restaurant manager.

In Helsingborg, the municipality will continue to carry out congestion checks throughout the year and they may be expanded around Christmas.

- We monitor the outside world all the time and adjust our controls accordingly, so it is not impossible that we will be out more often at Christmas time and look at the congestion, says Olu Lindström, department manager for the food administration.