Perverse effect of the European agreements with Turkey, Libya or Morocco to control the borders in the Mediterranean: the Canaries, a volcanic archipelago in the Atlantic Ocean at a distance of a hundred kilometers… 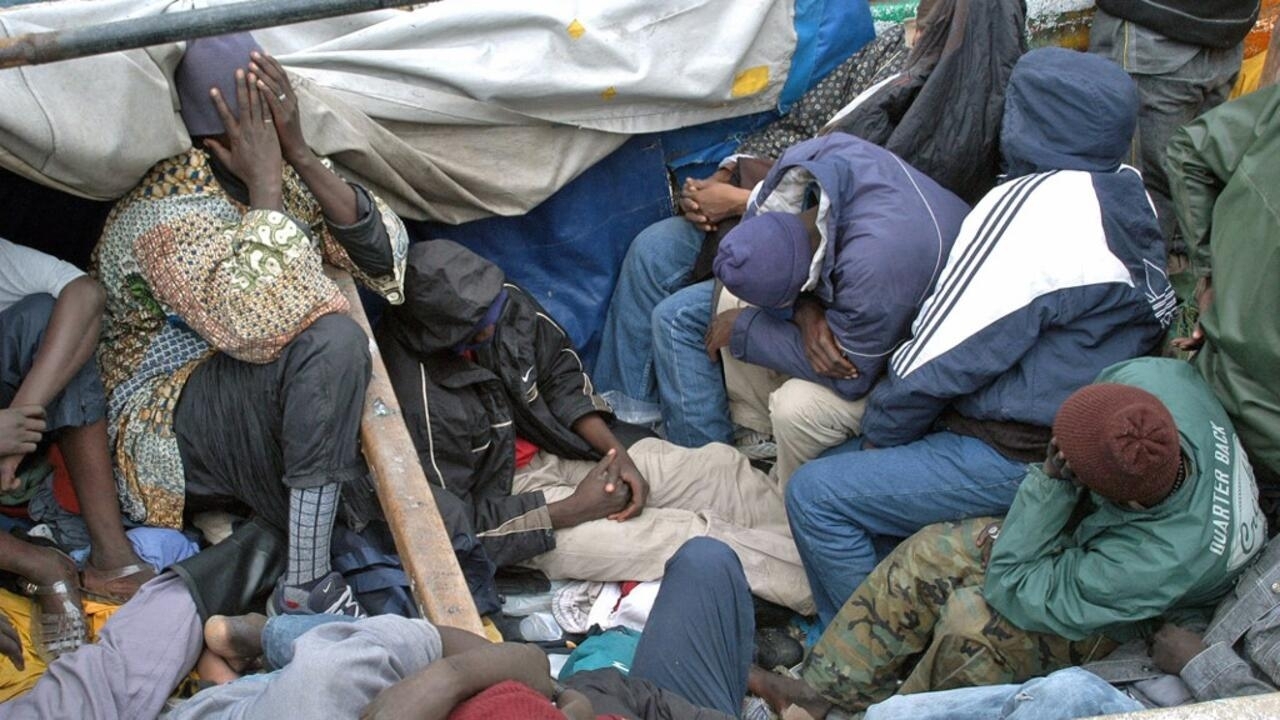 Group of migrants from sub-Saharan countries arriving on the island of Gran Canaria in November 2005 (Photo illustration). BOJA SUAREZ / AFP

Perverse effect of the European agreements with Turkey, Libya or Morocco to control the borders in the Mediterranean: the Canaries, a volcanic archipelago in the Atlantic Ocean about a hundred kilometers from the African coast, have once again become a gateway of choice in Europe, as they had been from 2006 to 2008.

If arrivals on the Spanish Mediterranean coast have decreased by 50%, in the Canaries, they have multiplied by six to reach 3,446 between January and mid-August, according to the Spanish Ministry of the Interior.

Over almost the same period, the International Organization for Migration (IOM) recorded at least 239 deaths on the route, already exceeding the 210 recorded throughout 2019 and well beyond the 43 in 2018.

"  The difficulty of the crossing is impressive  "

With ten times less traffic, the number of deaths on the Atlantic route is equivalent to half of the deaths or disappearances recorded in the Mediterranean, according to the IOM. The flow of migrants is much less important than in 2006, when we exceeded 30,000 arrivals, but "  the difficulty of the crossing is impressive  ", underlines Txema Santana of the Spanish Commission for Refugee Assistance (CEAR) in the Canaries. .

The boats do not come only from Morocco and Mauritania, the two countries closest to the Canaries, but also from Senegal and Gambia, more than 1000 km to the south. On board, there are more and more women and children, and more deaths at sea. The majority of migrants flee the Sahel and West Africa, but some come from further afield, from South Sudan. South or the Comoros archipelago in the Indian Ocean, she adds.

For these refugees, the coronavirus pandemic  is not a brake. Once disembarked, they must undergo a PCR test and, if one of the passengers is positive, isolate themselves in reception centers that are not designed for quarantines. Txema Santana calls for the acceleration of transfers from the archipelago to mainland Spain to avoid the saturation of reception centers, if as expected the crossings increase in September, with a favorable wind and a calmer sea.

Spain: the puzzle for Moroccan migrants and seasonal workers to return home