Completion of 55% of the integrated rest for trucks in "Dubailand"

The Director General and Chairman of the Board of Executive Directors of the Roads and Transport Authority, Mattar Mohammed Al Tayer, revealed that 55% of the project for the construction of an integrated truck rest station in Dubailand near Emirates Road has been completed, in partnership with the private sector. 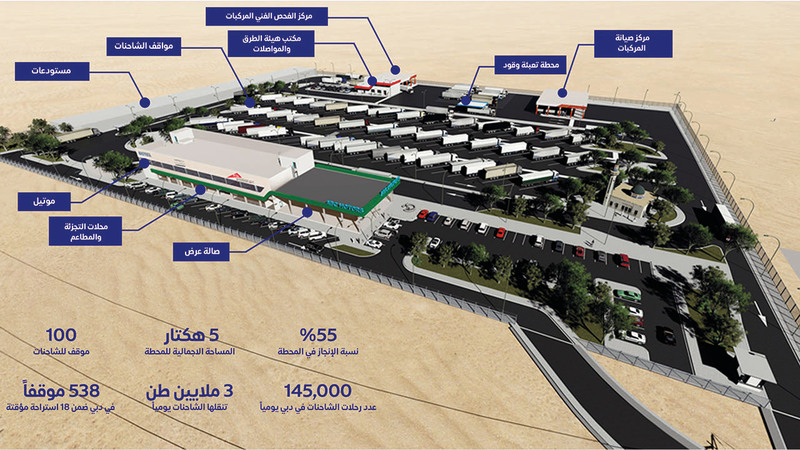 Completion of 55% of the integrated rest for trucks in "Dubailand"

The Director General and Chairman of the Board of Executive Directors of the Roads and Transport Authority, Mattar Mohammed Al Tayer, revealed that 55% of the project to establish an integrated truck rest station in Dubailand near Emirates Road has been completed, in partnership with the private sector.

This break is the first integrated truck rest area that meets all the basic and daily needs of truck drivers and heavy vehicles in the emirate of Dubai.

Al Tayer said: “The Emirati Desert Group, the developer of the project, has completed all the preliminary and preparatory processes that precede the construction process, which include obtaining all non-objection certificates from service authorities, leveling the land and protecting service lines, and obtaining a final building permit from the concerned authorities.”

He pointed out that the authority aims, in establishing the station, to solve the problem of truck parking on main roads and residential areas, and to meet the increasing demand for truck stops, as the number of truck trips in Dubai is about 145,000 trips per day, during which about three million tons are transported per day. Raise the level of traffic safety, reduce the percentage of accidents caused by truck traffic, and contribute to increasing the flow of traffic during times of prohibited traffic of trucks. Through the implementation of this project, the authority seeks to increase the participation of the private sector in the implementation of infrastructure projects and services.

Al Tayer said: “The Roads and Transport Authority has implemented 18 temporary truck breaks on the right of the road, with a total parking capacity of 538 stops, and distributed these rest houses on a number of vital roads in the Emirate of Dubai, to provide safe and comfortable parking for trucks during the ban period, with all rest houses fully operational. ».

He pointed out that the authority has completed the technical and commercial studies for the two permanent truck rest sites, the first in the Jebel Ali area in the third industrial near Sheikh Mohammed bin Zayed Road, and the second in the Ayyas area near Emirates Road, and they will be put up in a public auction, next December, under a partnership system. With the private sector, these two stations will have all the facilities and services that drivers and trucks need, and work is currently underway to study an additional site in the Dubai Industrial City area near Sheikh Mohammed bin Zayed Road, and it will be launched in the future after completing the technical and investment studies. 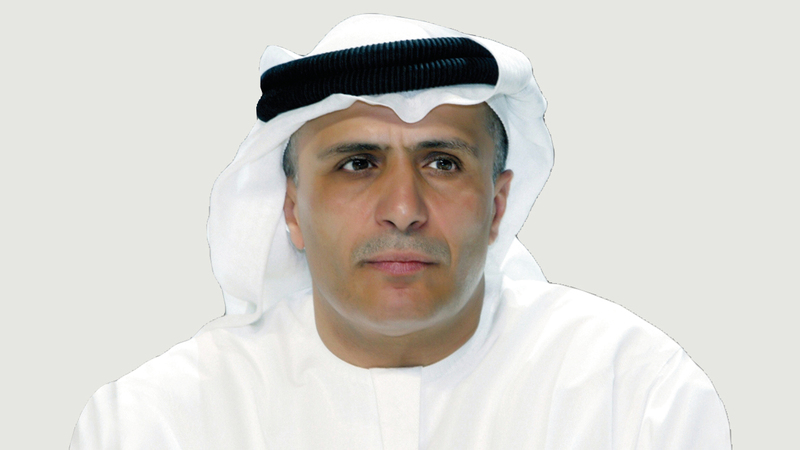 News/Politics 2020-10-02T19:50:54.083Z
Dubai Roads is developing an app synonymous with “Vehicle Safety”, making it easier for companies to track their trucks