A significant increase in "Corona" injuries in Lebanon

Yesterday, an official at the Lebanese Ministry of Health told Deutsche Presse-Agentur that Lebanon had witnessed a significant increase in cases of Coronavirus, since the massive explosion that occurred in the Beirut port two weeks ago. The August 4 explosion killed at least 180 people, and destroyed parts of the country. 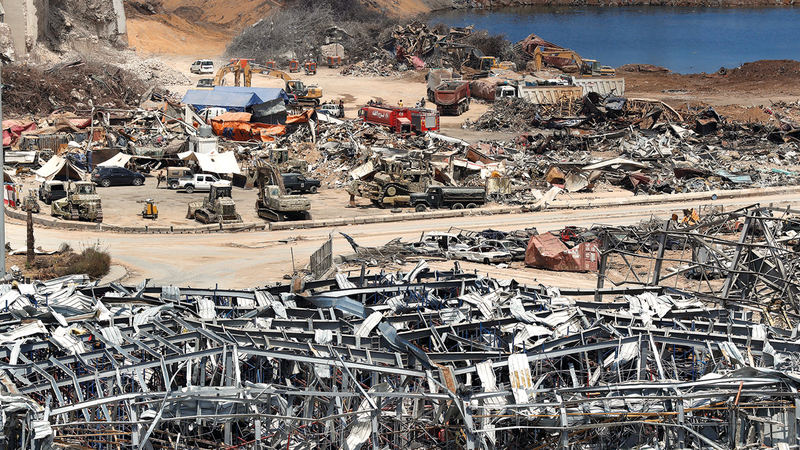 In the wake of the Beirut explosion

A significant increase in "Corona" injuries in Lebanon

The Lebanese army, rescue teams, and investigators are working at the site of the explosion. Father

Yesterday, an official at the Lebanese Ministry of Health told the German News Agency that Lebanon has witnessed a significant increase in the number of cases of the Coronavirus, since the massive explosion that occurred in the Beirut port two weeks ago.

The August 4 blast killed at least 180 people and destroyed large parts of Beirut, including many medical facilities.

"According to statistics, Lebanon recorded about 5,000 infections in the first six months since the discovery of the epidemic in the country, in February," said the official, who requested anonymity.

However, more than 3,500 of those cases were confirmed with the virus in the period between the Beirut bombing and August 17, according to the official.

The official added, "The transfer of a large number of people injured in the explosion to hospitals without preventive measures led to an outbreak of the Corona virus among medical personnel and ordinary people."

He said that some virus patients receiving hospital treatment were injured in the blast.

He stressed that the anti-government protests after the explosion led to mixing of people from different regions of Lebanon, which also led to an increase in the number of cases in the city of Tripoli.

Lebanon plans to impose a general lockdown, starting tomorrow, for a period of two weeks, to contain the spread of the virus, and a daily curfew will be imposed for 12 hours at night.

• Some Corona patients were injured in the Beirut explosion.