How does Beidou accompany you and my life? We talked to a few companies

China-Singapore Jingwei Client, August 5 (Chang Tao) "At present, Beidou's high-precision has covered 3000 ground stations in China, which can achieve real-time processing of centimeter-level positioning and post-processing millimeter-level positioning. Beidou high-precision applications will enter mobile phones in the future The field is promising. At that time, the taxi driver can close his ey...

China-Singapore Jingwei Client, August 5 (Chang Tao) "At present, Beidou's high-precision has covered 3000 ground stations in China, which can achieve real-time processing of centimeter-level positioning and post-processing millimeter-level positioning. Beidou high-precision applications will enter mobile phones in the future The field is promising. At that time, the taxi driver can close his eyes and drive the car to your feet."

What can ordinary users do with Beidou?

Gaode said that positioning is the basis of travel services. With the success of the Beidou network, the GPS monopoly is broken, and Beidou's positioning capabilities will further penetrate into the civilian field. The addition of Beidou will make the service reliability and accuracy have a certain degree. Promote. Take AutoNavi as an example, 80% of users can use Beidou's location service.

"One detail change is that if you update the latest version of AutoNavi map, you will find that the voice announcement of'GPS signal is weak' has been changed to'Satellite navigation signal is weak'." A related person in charge of AutoNavi said.

At present, for ordinary users, whether or not to use Beidou navigation technology also depends on the hardware chip of the mobile phone. "At present, most mainstream Android phones other than Apple are equipped with chips that support Beidou navigation." The above-mentioned person in charge of AutoNavi said.

Ran Chengqi also introduced at the press conference on August 3 that Beidou system 28nm process chip has been mass-produced, and 22nm process chip is about to be mass-produced. Most smart phones support the Beidou function, and phones that support high-precision applications are already on the market. Build a complete industrial chain integrating chips, modules, boards, terminals and operation services.

In daily life, we often hear such complaints: "Navigation is too inaccurate, there is obviously a closer way!" Insiders told the Zhongxin Jingwei reporter that the accuracy or inaccuracy of navigation perceived by users depends on positioning, Several variables are road data, dynamic data (events, road conditions), planning and guidance algorithms.

"The electronic map platform has continuous algorithm optimization in these aspects, but the positioning itself is more dependent on the underlying hardware and signals. These aspects require closer cooperation with Beidou and GPS." The industry insider said, "In daily business In the scenario, Beidou and GPS solve positioning, and only with the live data and algorithm capabilities of the map platform can the user experience more accurate navigation."

Baidu Maps said that with the completion of the Beidou-3 system, the Beidou system will provide better location services around the world. Taking the map scenario as an example, the Beidou system will provide accurate location data such as longitude, latitude, and altitude. Maps and other map software output locations according to the positioning results, and provide users with various value-added services, such as Baidu Maps' intelligent positioning, intelligent estimation of transit time, accurate planning and other precise navigation functions.

In the mass market, Beidou application will subvert the traditional production and lifestyle. According to an in-depth report on the Beidou navigation industry released by Wanlian Securities, such as in the field of smart wear. A variety of smart wearable devices such as watches and bracelets that support the Beidou system, as well as special crowd care products such as student cards and elderly cards, continue to emerge and are widely used.

On July 23, the last satellite of the Beidou-3 global system was successfully launched. On the same day, Harbin Travel announced that its shared bicycles were fully integrated into Beidou positioning.

What does it mean to share bicycles with Beidou positioning? According to the person in charge of Haro Travel, Haro Big Data Center receives hundreds of millions of positioning information from Haro bicycles on the road every day. This process cannot be achieved without Beidou positioning.

“The smart lock of every Haro bike contains a Beidou positioning device. The smart lock receives Beidou satellite signals and sends vehicle positioning information to the Haro data center. Haro learns the real-time status of each vehicle by collecting vehicle positioning information in the background. The location and movement trajectory form big data. Based on this, Haro can predict the riding demand in advance, and send intelligent vehicle scheduling instructions such as'filling the gap in vehicle demand in a specific area' to the road operation and maintenance team." People say.

For the majority of shared bicycle users, Beidou high-precision positioning can help users find cars more accurately and conveniently, solve common problems such as "cannot find a car" and "cannot return a car", and reduce over-zone and no-parking zones. The misjudgment rate of parking greatly improves the user experience, and at the same time more accurately intervenes in user riding behavior and parking management.

Didi’s Qingju Bicycle told the Sino-Singapore Jingwei client that in 2019, Qingju will be the first to launch a GEO model equipped with Beidou's high-precision positioning chip in China.

Qingju Bicycle said that currently, the first domestic Qingju GEO models equipped with Beidou high-precision navigation and positioning chips have been put into operation in Shenzhen, Wuhan, Beijing and other places. Shenzhen, as Qingju's first intelligent split lock operation area for all models, relies on Beidou's high-precision positioning chip to limit the vehicle's lock position to the centimeter level. With the blessing of Beidou technology, operation and maintenance personnel can understand the dynamic information of road vehicles in real time through the background, and can effectively control traffic tides, cycling hotspots, vehicle accumulation, and bicycle private occupation.

The technology relies on the Beidou high-precision space-time intelligent services provided by Qianxun Location, allowing shared bicycles and shared mopeds to form a higher resolution perception of space, and the positioning accuracy can reach sub-meter level. Based on the vehicle's real-time sub-meter positioning capability and high-precision electronic fence matching, the vehicle can be locked normally at the designated location.

When talking about the significance of the Beidou system to the shared travel industry, the person in charge of the research and development of the Qingju bicycle split lock said that the Beidou global satellite navigation system has completed a comprehensive network, and the downstream application market will enter a stage of rapid development. The widespread application of high-precision positioning technology is bound to accelerate industry reforms and drive the upgrading of the upstream and downstream industrial chains in the shared two-wheel travel industry.

The person in charge of the research and development of the Qingju bicycle split lock said that as more and more shared bicycles and motorcycles use Beidou technology, it has accelerated the improvement of Beidou's low energy consumption and high precision service capabilities. With a large number of users and extremely high frequency of use, big data in the shared travel industry has also expanded the application scenarios of Beidou technology and improved the economic and social benefits of the satellite navigation industry.

Although it has the name of "navigation", the application of Beidou system is not just a guide. Because of the satellite's core precise timing function, the Beidou system will be useful in any industry that requires precise time and space benchmarks.

In this regard, for traffic managers, AutoNavi launched a road safety Internet of Things solution-"Smart Cone", which uses the Beidou positioning system.

According to the relevant person in charge of AutoNavi, when performing road operations, the "smart cone" can upload dynamic big data of road operations to AutoNavi map in real time, so that the road surface information can be updated in real time to achieve "road activity", and then the vehicle can be in real time. In traffic conditions, road information can be sensed and predicted in advance to achieve "vehicle activity". On this basis, every road worker can publish real-time and accurate traffic information, and travelers can plan routes through the AutoNavi map, improve travel efficiency and safety, and realize "human life". The "Smart Cone Bucket" effectively improves the service level of the smart transportation network by "reshaping the traffic safety pattern of people, vehicles and roads".

At 9:43 on June 23, Beijing time, China launched the last networked satellite of the Beidou-3 global satellite navigation system with the Long March-3B rocket at the Xichang Satellite Launch Center. Photo by Hu Xujie

Intelligent driving is a very important application field of Beidou. According to the Science and Technology Daily, in the mountain city of Chongqing, the lane-level location data of 9,000 buses in the urban area are all transmitted to the management background in real time, thereby ensuring operational safety and improving operational efficiency: citizens can get more accurate bus arrivals. In time, city managers can better supervise driving behaviors such as speeding, standing by, and crossing lines.

"By upgrading the GPS positioning terminal to the Beidou high-precision positioning terminal, the positioning error of the bus is greatly reduced, and the level of vehicle safety monitoring is improved while improving the passenger travel experience." said Chen Xi, Director of Information Department of Chongqing Public Transport Group. 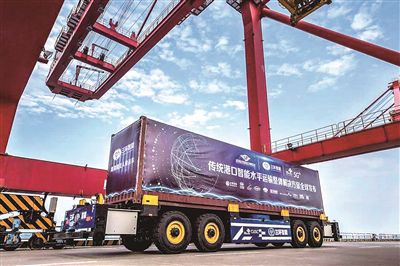 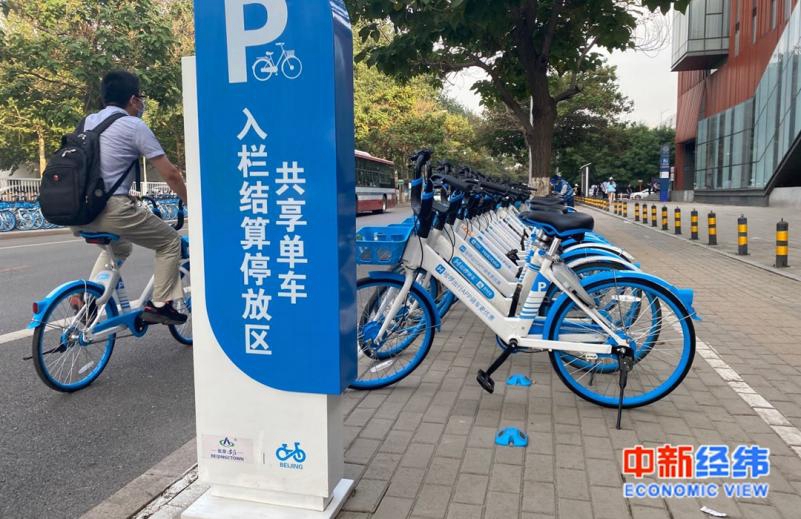 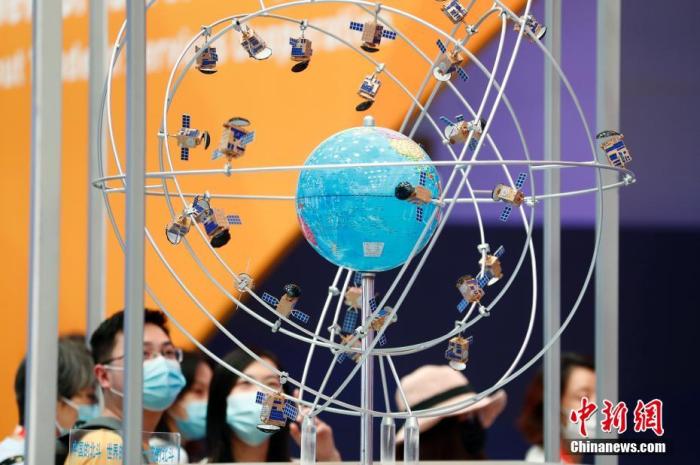 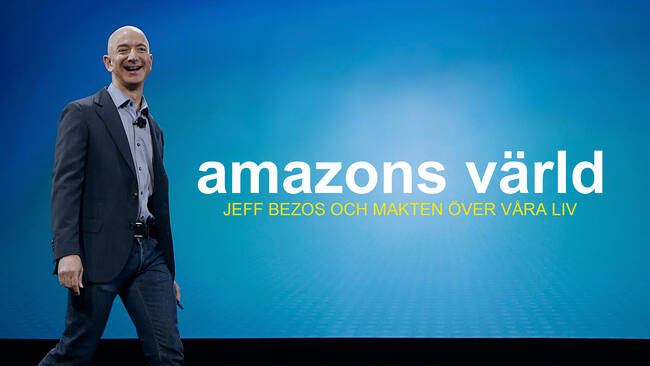 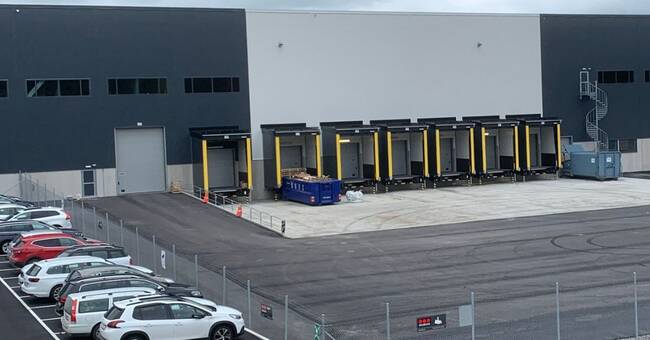 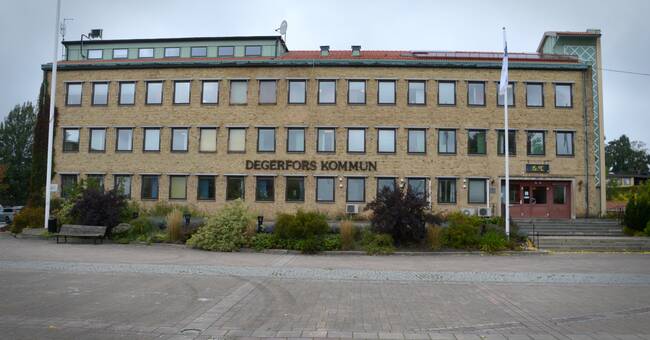