Why did Xi Jinping say that the CEOs of these multinational companies made the "right choice"?

(A closer look at China) Why did Xi Jinping say that these CEOs of multinational companies made the "right choice"?   China news agency, Beijing, July 17 - Question: Why Xi Jinping said that these multinational CEO made the "right choice"?   Author Zhong Sanping   "Go or stay?" The "black swan" epidemic that swept the world has brought the "out of order" danger to the supply chain of the indust... 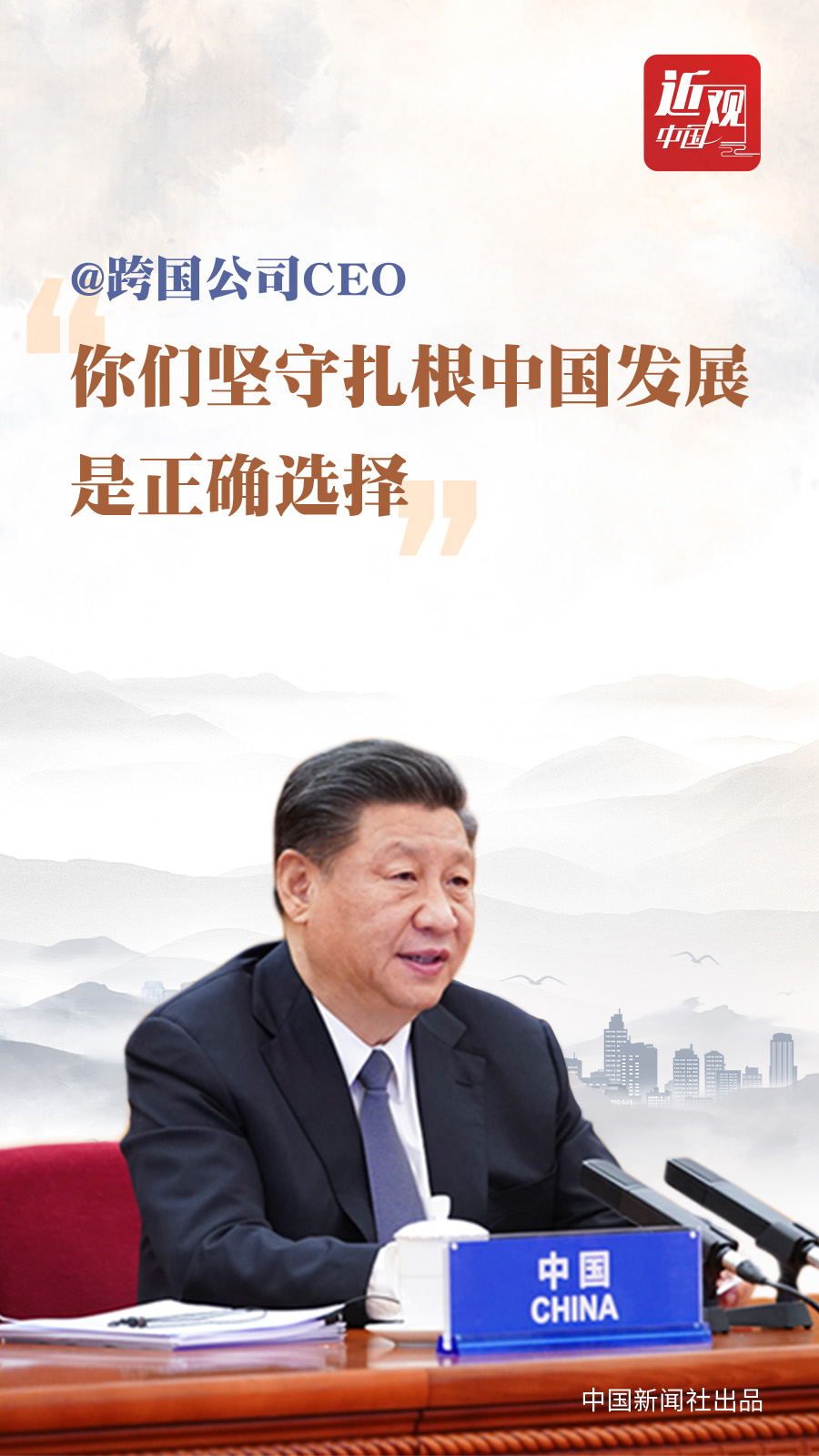 (A closer look at China) Why did Xi Jinping say that these CEOs of multinational companies made the "right choice"?

"Go or stay?" The "black swan" epidemic that swept the world has brought the "out of order" danger to the supply chain of the industrial chain, and also made many choices deeply affected by the epidemic. Recently, when replying to 18 CEOs of multinational companies who chose to keep their businesses in China, Chinese President Xi Jinping said: "You are the right choice to stick to the root of China's development."

Rooted in China's development, why are these multinational company CEOs the "right choice"?

Numbers are perhaps the most direct answer.

According to China's economic "semi-annual report" released on the 16th, China's GDP (gross domestic product) grew by 3.2% year-on-year in the second quarter, turning from negative to positive, realizing a "V"-shaped rebound. "This growth is even more dazzling in a world stricken by epidemics." The Wall Street Journal commented.

Prior to this, many international authorities and researchers have predicted that China's economy will gradually overcome the adverse effects of the epidemic and take the lead in achieving recovery. The facts are also seen by the CEOs of multinational companies who wrote to Xi Jinping: "China, under the strong leadership of President Xi Jinping, quickly controlled the spread of the epidemic and took the lead in resuming work and production, and played an active role in supporting global anti-epidemic and maintaining world economic stability. ."

Not only that, there are more and more voices in the world optimistic about China's economic prospects and market opportunities.

The latest forecast of the International Monetary Fund (IMF) will reduce the global economic growth rate to negative 4.9% in 2020. China is the only major economy that is expected to maintain positive growth in 2020. Kearney Management Consulting released the 2020 Foreign Direct Investment (FDI) Confidence Index report, saying that China remains the only emerging market country among the top ten FDI investment destinations in the world.

An article published in the recent issue of Voice of German Radio entitled "American Enterprises: Coming and Staying" pointed out that after the epidemic, the purchasing power of the Chinese did not fall too much. "Obviously, no American company is willing to abandon the Chinese market and 1.4 billion potential customers."

Under the impact of the epidemic, the "decoupling" theory emerged. However, the migration of the industrial chain has never been intervened by humans, but has always followed the logic of the market.

According to a survey during the epidemic disclosed by local media, most American companies believe that Chinese market demand and profitability are more stable and have no intention of withdrawing from the Chinese market. They even oppose the "decoupling" of Sino-US economic and trade relations. Some American media even believe that many companies will adjust their supply chains after the new crown epidemic, which means they will expand their industrial chains in China rather than move out of China. Rating company Fitch International said that politically driven changes will drive up costs, and China's dominance as a global supplier is unlikely to change in the near future.

"All my customers are saying that we have to guarantee diversity." Robert Gwen, who makes women's shoes in Dongguan, China, said, but after looking at the costs in other countries, "90% of people will still choose China."

Faced with the risks and challenges under the epidemic, China has been insisting on the "right choice" it has identified, and also made the CEOs of these multinational companies "more firm their confidence in China and their commitment to continue to take root and serve China."

From a package of economic measures that clearly proposes stabilizing foreign trade and foreign capital and ensuring the stability of the supply chain of the industrial chain, to strengthening the services of foreign enterprises, revising the industrial catalog for encouraging foreign investment, etc., to the implementation of the overall plan for the construction of the Hainan Free Trade Port, China optimizes The business environment effort has never stopped. Peter Driesdale, director of the Institute of East Asian Economics at the Australian National University, believes that "China is committed to creating an open and fair market environment, which will help increase investor confidence and promote global economic recovery."

"We will continue to deepen reform, expand opening up, fully implement the "six stability" and "six guarantees" major policy measures, provide a more complete business environment for investment and development of Chinese and foreign companies, and open up new opportunities and new prospects."

In his reply to the CEOs of these multinational companies, Xi Jinping once again demonstrated China's attitude to them and to the world.

In today's economic globalization, there are no isolated islands. "Decoupling" to retreat from the group and move against the tide is not the right choice.

As Xi Jinping reiterated in his reply-China will unswervingly adhere to the path of peaceful development, unswervingly promote economic globalization in the direction of opening, inclusiveness, inclusiveness, balance, and win-win, and promote the construction of an open world economy.

Data Map: On June 21, 2018, Chinese President Xi Jinping met at the Diaoyutai State Guesthouse in Beijing with the heads of well-known multinational companies who came to China to attend the "Global CEO Committee" special round table summit and discussed with them. China News Agency reporter Sheng Jiapeng photo

It is worth noting that the reply was not the first exchange between Xi Jinping and members of the "Global CEO Committee". In June 2018, Xi Jinping had a discussion with the heads of well-known multinational companies who came to China to attend the "Global CEO Committee" special round table summit. At that time, his remarks may better explain what is the "correct choice" understood by China:

It is such a choice by China that the world gradually realized that "the world is good, China can be good; China is good, the world is better". And this may have become a consensus among the CEOs of multinational companies. (Finish)