Islamo-Conservative President Recep Tayyip Erdogan announced on Friday the opening of the former Hagia Sophia in Istanbul for Muslim prayers. He campaigned for this change of status of this building classified as World Heritage by Unesco for years. &amp; Nbsp; 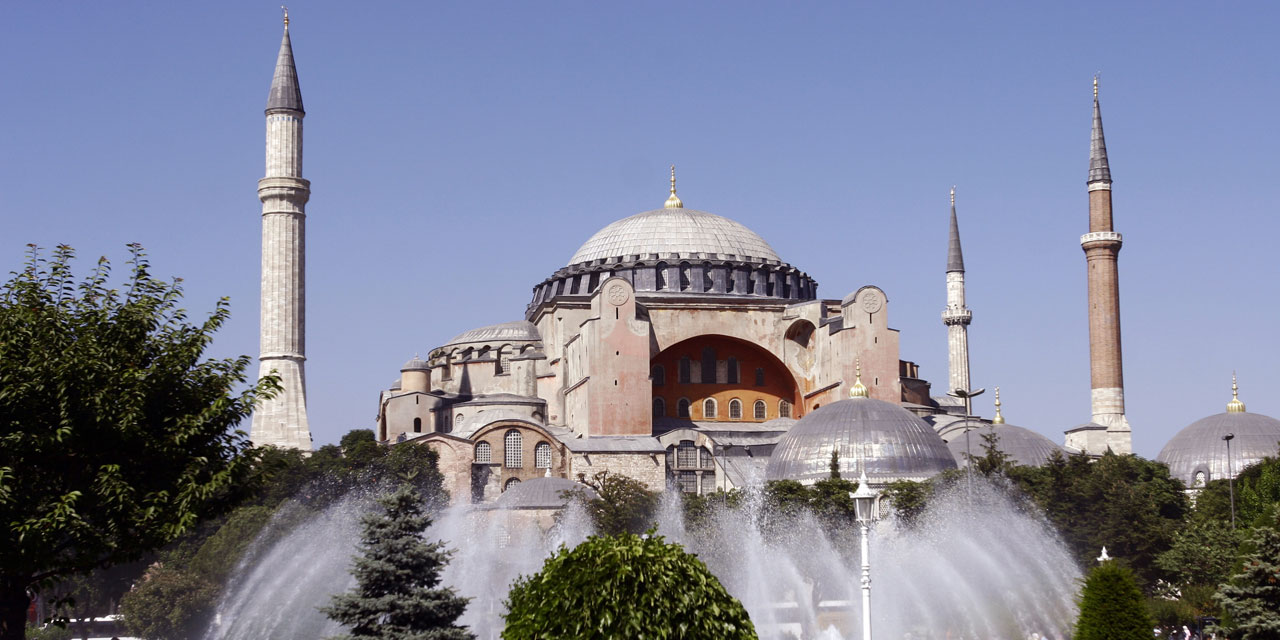 Islamo-Conservative President Recep Tayyip Erdogan announced on Friday the opening of the former Hagia Sophia in Istanbul for Muslim prayers. He campaigned for this change of status of this building classified as World Heritage by Unesco for years.

Turkish President Recep Tayyip Erdogan announced on Friday the opening of the former Hagia Sophia in Istanbul for Muslim prayers after a court paved the way for its transformation into a mosque by canceling its current museum status.

The Council of State, the highest administrative court in Turkey, acceded to the request of several associations Friday by revoking a government decision dating from 1934 granting Hagia Sophia the status of museum. "The court decides to revoke the decision of the council of ministers which is the subject of this request," the tribunal announced in its contested statements. A major architectural work built in the 6th century by the Byzantines who crowned their emperors there, Hagia Sophia is a World Heritage Site by Unesco, and one of the main tourist attractions of Istanbul with some 3.8 million visitors in 2019.

Converted into a mosque after the capture of Constantinople by the Ottomans in 1453, it was transformed into a museum in 1934 by the leader of the young Turkish Republic, Mustafa Kemal, anxious to "offer it to humanity". However, its status is regularly the subject of controversy: since 2005, associations have repeatedly brought justice in vain to demand a return to mosque status. The Court explained that in the deeds of property in the name of the Mehmet Fatih Foundation, named after the Ottoman sultan who conquered Constantinople in the 15th century, Hagia Sophia was listed as a mosque and that this qualification could not be changed.

"It has been decided that the Hagia Sophia mosque will be placed under the administration of Diyanet (the Religious Affairs Authority) and will be reopened to prayers," announced Recep Tayyip Erdogan shortly after in a decree, in which he designated the monument like a "mosque". It was unclear whether this decree would come into effect immediately.

A change that could create tension

Several countries, notably Russia and Greece, which closely follow the fate of Byzantine heritage in Turkey, as well as the United States and France, have in particular warned Ankara against the transformation of Hagia Sophia into a place of Muslim worship , a measure for which the Islamic-conservative president Erdogan has campaigned for years. Shortly before the announcement of the decision, Unesco said it was "concerned" about the fate of the former basilica and called on Turkey to dialogue before any measure likely to "undermine" "universal value" of this monument.

Even if a reconversion of Hagia Sophia into a mosque should not prevent tourists of all faiths from going there - many of them visit the nearby Blue Mosque every day -, changing the status of such an emblematic place in the he history of Christianity could cause tension. The Russian Orthodox Church thus regretted that the "concern" of "millions of Christians" had not been heard by the Turkish court. Greece, through the Minister of Culture Lina Mendoni, described the Turkish court's decision as "a provocation to the civilized world".