China-Singapore Online, July 8th (Reporter Chen Jing) The new coronary pneumonia epidemic has boosted the accelerated development of smart healthcare, smart shifts, smart care, cloud auscultation...Artificial intelligence is developing from a single scenario to a systematic scenario.   The stethoscope hanging on the doctor's neck has a long history, and is one of the fastest and easiest ways to... 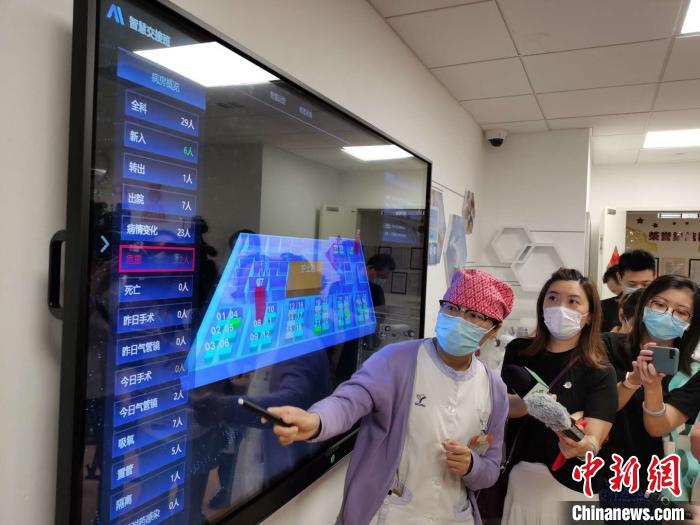 The stethoscope hanging on the doctor's neck has a long history, and is one of the fastest and easiest ways to find diseases. The reporter visited the National Children's Medical Center and the Shanghai Children's Medical Center (hereinafter referred to as the Children's Center) affiliated to Shanghai Jiaotong University School of Medicine on the 8th and learned that many experts in the hospital and related companies jointly developed the "Intelligent Identification and Related Equipment for Children's Physiological Sound Auscultation", traditional 'S auscultation is blessed with artificial intelligence.

Researcher Zhao Libin, deputy director of the Children's Center, told reporters in an interview that auscultation plays an important role in the screening of children's major diseases, diagnosis of common diseases, and evaluation of therapeutic effects, especially in the field of physiological sounds such as heart sounds and lung sounds. He admitted that, at present, some grassroots medical staff have not mastered this skill, which has become a constraint to the implementation and implementation of many child health public health policies in China.

At the nurse station of the respiratory medicine ward, the reporter saw a large display screen full of various information, and the general condition of the children in the ward was clear at a glance. According to reports, medical staff are here to achieve fast and smart shifts every day. Artificial intelligence also makes ward rounds more efficient.

Under the indoor path navigation, a white medical assistant robot moves smoothly to the designated small patient bed. The young doctor places the cloud stethoscope on the child's back. The robot can accurately detect and collect the child's heart sound in just a few seconds. , Lung breath sounds, these information are quickly transmitted to the cloud for analysis. After a while, the score appeared on the robot's display.

On that day, the child's score was 87 points, more than 60 points. The doctor told reporters that she could be discharged. Next, the robot continued to interact with the parents to discharge them for education and spread nursing knowledge.

During the interview, the reporter learned that during this year's New Coronary Pneumonia epidemic, the Yunting series was used by Wuhan's first-line doctors and nurses. The device has been promoted and used in assisted screening of neonates with congenital heart disease in eight provinces, autonomous regions, including Yunnan, Hainan, and Inner Mongolia, and explored the “early detection and early diagnosis” of major birth defect diseases in remote areas of China A new road.

According to reports, "Children's Physiological Sound Auscultation Intelligent Recognition and R&D of Related Equipment" was shortlisted for the 2020 Super AI Leader (SAIL Award) TOP30. It is reported that the 2020 Super Artificial Intelligence Leader Award represents the highest honor of the World Artificial Intelligence Conference. At present, Yunting G100 Digital Smart Stethoscope has obtained the CE Class 2 medical device certification from the European Union and is sold to more than 20 countries including Europe, West Asia, and South America. Several technical patents related to stethoscopes have been accepted by the State Intellectual Property Office.

During the interview, the reporter learned that the exploration of artificial intelligence in the child center team did not stop at "technological innovation". For grassroots hospitals, researchers have used a series of AI technologies such as speech recognition and medical natural language processing to develop intelligent consultation and consultation, intelligent pre-diagnosis, intelligent auxiliary diagnosis, and intelligent rehabilitation follow-up systems for pediatric outpatient clinics, realizing grassroots pediatric wisdom Closed-loop management of medical treatment.