From this Wednesday, unemployment benefits are increased by 0.4%, while regulated gas prices increase, as do the prices of certain packs of cigarettes. In Paris, new ceilings are introduced for rents. 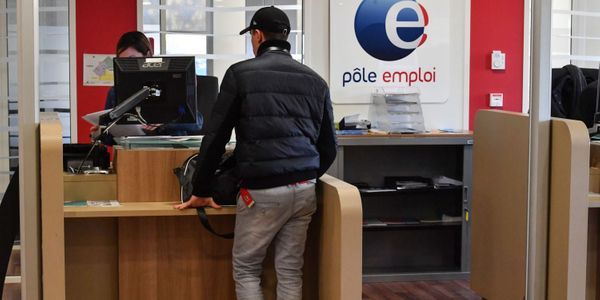 From this Wednesday, unemployment benefits are increased by 0.4%, while regulated gas prices increase, as do the prices of certain packs of cigarettes. In Paris, new ceilings are introduced for rents.

Like every first day of the month, several changes will directly impact the lives of millions of French people. Between a fall in regulated gas prices, the prices of certain tobacco brands, and the entry into force of a new system of short-time working, Europe 1 takes stock.

Unemployment benefits are increased by 0.4%. This revaluation, which follows an increase already limited to 0.7% in 2019, concerns 92% of job seekers receiving unemployment insurance benefits on July 1, 2020, i.e. around 3 million people. The cost for the second half of 2020 and the year 2021 is 130 million euros according to Unédic. The minimum allowance thus increases to 29.38 euros per day, against 29.26 euros currently.

The fixed part of the allowance increases to 12.05 euros per day compensated against 12 euros currently. It is added to the proportional part of the allowance which is equivalent to 40.4% of the old salary (the reference daily salary). The increase in daily reference wages only concerns beneficiaries who have been receiving compensation for more than 6 months, or around 2.4 million people. For around 470,000 beneficiaries, only the revaluation of the fixed part applies.

A system of long-term partial unemployment

It allows a maximum reduction in working time of 40%. Condition: it must be the subject of a majority collective agreement in the company or in the branch and include "the commitments specifically subscribed in return, in particular for the maintenance of employment".

The employee will receive 84% of his net salary. The company will be compensated at 85% of the compensation paid to the employee, (i.e. 15% of the rest dependent) for an agreement concluded before October 1, and 80% for an agreement concluded after. Training costs may be covered up to 80%. In a small company (less than 11 employees), in the absence of a union representative, the agreement can go through a referendum, as provided for in the labor orders of September 2017.

The other major social measure that comes into effect is the possibility for companies to receive a bonus of 5,000 euros for each hire of an apprentice (and even 8,000 euros, if the apprentice is of full age). The bonus will be paid unconditionally to companies with fewer than 250 employees. Those who exceed this threshold must have at least 5% of work-study students to benefit from it.

In June, regulated gas prices fell 2.8%. As of this Wednesday, they decrease this time by 0.3%. If the conventional tariff formula had been applied, this reduction would in reality have been 5.1% on average. But this drop is finally smoothed until February 2021. The idea is to avoid a too sudden rise in prices.

And the price of certain packs of cigarettes

Under a June order, prices for several packs of cigarettes are rising. The Camel Shift package goes to 9.8 euros, an increase of 20 cents. For their part, the News Classic Blue, the News Classic Green, or the News Classic Red pass them to 9.6 euros (increase of ten cents), notes LCI. But other packages have seen their prices drop by 10 cents, like the Winston Connect Blue. You can find the price list on the website of the Directorate General of Customs.

New ceilings for the supervision of Parisian rents

In Paris, new ceilings now apply for leases signed from Wednesday, until June 30, 2021. These amounts depending on the district of residence, the time of construction, or the number of rooms, you can find the details of the measure in this prefectural decree.