Overseas Chinese, these new regulations are related to you in July

International flight plans of domestic and foreign airlines are announced in July! @华侨华人, ​​please accept the new regulations in July!   In the blink of an eye, the time in 2020 has gone halfway.   Although the new pneumonia epidemic has not left, as the situation eases, many countries around the world have also taken measures such as "lifting the ban" and "resuming flights." After a long period...

International flight plans of domestic and foreign airlines are announced in July! @华侨华人, ​​please accept the new regulations in July!

Although the new pneumonia epidemic has not left, as the situation eases, many countries around the world have also taken measures such as "lifting the ban" and "resuming flights." After a long period of stagnation, the exchanges started to come alive again.

Under normal epidemic prevention, various social activities will continue. From July, another wave of regulations related to overseas Chinese will be implemented. Please bookmark!

Prior to this, many airlines have successively announced the latest international flight plans in July. At present, there are also many foreign airlines resuming flights to China. Domestic and foreign exchanges have finally returned to the right track.

2020 college entrance examination will be held

Affected by the new Coronary Pneumonia epidemic, the unified national college entrance examination for colleges and universities will be postponed for one month in 2020.

On July 7, the 2020 National College Entrance Examination will kick off. Wish all students the title of the gold list!

The picture shows the students of Fuzhou No. 7 Middle School are studying intensively to prepare for the college entrance examination. Photo by Zhang Bin

The People's Bank of China has previously issued a notice that large-scale cash management pilots will be launched in Hebei, Zhejiang, and Shenzhen. Customers withdrawing and depositing cash above the starting point should register it when transacting business.

At the end of 2019, the State Administration of Market Supervision and Administration and the China National Standardization Administration issued a new respiratory protection standard GB2626-2019 "Respiratory Protection Self-Suction Filtered Anti-Particle Respirator", which will be implemented on July 1, 2020. It puts forward higher requirements in terms of breathing resistance, air tightness, practical performance, cleaning and disinfection, etc., and can better reflect the performance of the mask in actual use.

The standard stipulates the classification and marking, technical requirements, detection methods and identification of self-priming filter type anti-particulate respirator. Prior to this, the standard of respiratory protection was GB2626-2006 "Respiratory protective equipment self-priming filter anti-particulate respirator". The KN100 mask is a high protection level specified for it, which is more efficient than KN95 and KN90.

Beijing: The hospital will establish a security inspection system from July 1

The Regulations on the Administration of Beijing’s Hospital Safety Order will come into effect on July 1, 2020.

The hospital implements full coverage of video surveillance of the main channels and key areas in the hospital, and is equipped with one-key alarm devices in key parts such as emergency rooms and security checkpoints. The high-risk patients who have been to the hospital for many times, such as unreasonable haunting, will be accompanied by security personnel. When medical personnel are threatened by violence, their treatment may be suspended.

According to the "Measures", foreign bodies, foreign-funded enterprises, institutions of international organizations established in China and other entities in China may apply for the establishment of schools for children of foreign personnel. Schools can implement pre-school education and general primary and secondary education, using foreign education and teaching models.

The Measures clarify that the main enrollment targets of the school are the accompanying children (foreign nationals) of foreigners who are legally residing in Jiangsu Province. The school shall not enroll children of Chinese citizens within the country for enrollment or training.

After examination by the district and city education administrative departments, the school can properly recruit children of Hong Kong, Macao and Taiwan residents legally residing in the province, children of Chinese citizens legally settled abroad, and children of imported high-level talents.

According to a number of media sources quoted by EU internal sources on the 27th, in view of the improvement of the new crown epidemic in Europe and some countries, EU member states have reached a preliminary consensus and plan to start to Japan, South Korea, Canada, Australia, New Zealand, Serbia from July 1 More than 10 countries outside the region, including Montenegro, have opened their external borders, and the United States is not among them.

At present, the EU has not officially announced the relevant news. This preliminary consensus still needs the approval of the EU member states. According to reports, the EU's choice to open borders is mainly based on its assessment of the prevention and control of epidemic situations in relevant countries.

From July 6, the British government intends to build a "tourist channel" with many European countries, and the entry and exit of the two sides may not be subject to the 14-day isolation policy.

As bars, restaurants, etc. will resume business on July 4, the British government is also actively discussing loosening travel restrictions. British government officials have previously disclosed that since July 6, British tourists have traveled to Spain, France and Greece, and they do not need to be quarantined for 14 days after returning home.

The complete list of countries that have established "tourism channels" with the United Kingdom will be announced later.

As part of the stimulus plan to deal with the new crown crisis, the German federal government hopes to reduce the value-added tax rate from 19% to 16% in the second half from July 1st, while the tax rate for low-tax commodities (many foods and daily necessities) will be reduced from 7% Down to 5%.

Federal Finance Minister Olaf Scholz described the measure as a "strong driving force" to increase purchasing power. According to calculations, consumer prices may decline by about 1.6% overall.

According to the Greek government's earlier plan, from July 1, Greece will fully allow foreign tourists to enter Greece from Athens and various cities, and direct international flights to all Greek airports will resume operations. Tourists do not need to be tested for new coronavirus or quarantine when they enter Greece, but health officials will randomly test tourists at the airport. Additional restrictions on certain countries will be announced later.

On June 26, the Bolivian government issued Supreme Decree No. 4276, announcing the continued implementation of flexible isolation measures until July 31.

Measures such as closing the border, suspending international flights, suspending classes, canceling public gatherings, wearing masks when going out, washing hands, and maintaining a social distance of more than 1.5 meters will be extended until July 31.

According to Malaysia's Sin Chew Net, the Malaysian Chinese Museum (Hua Bo) will be opened in an orderly manner starting from July 2 (Thursday), implementing measures such as appointments and restricted visits to ensure the health and safety of visitors.

Huabo posted a notice on its Facebook page, indicating that the opening hours will be from Thursday to Sunday (including public holidays) from 12 noon to 5 pm, and admission will stop at 4 pm.

News/Politics 2020-06-04T07:03:28.056Z
The Regulations on the Protection of Overseas Chinese's Rights and Interests have been incorporated into the Beijing Municipal People's Congress Standing Committee's demonstration project this year 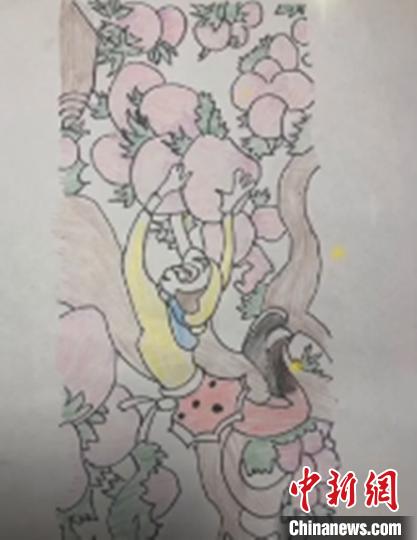 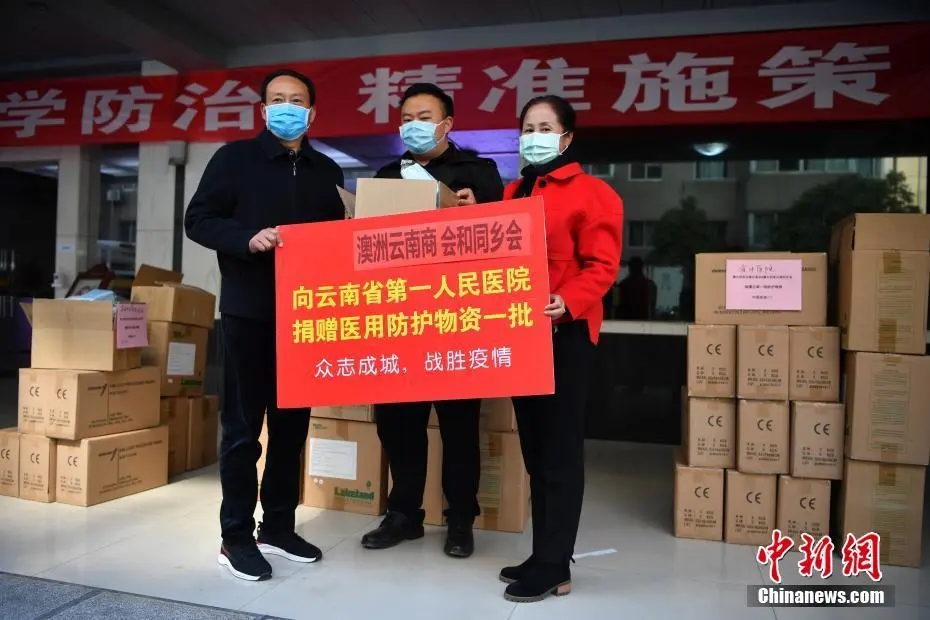 News/Politics 2020-05-17T02:43:01.363Z
Prospects for the two sessions: the Chinese people's anti-epidemic department is concerned about the expectations of the two sessions

Life/Entertain 2020-03-15T10:55:44.083Z
Anhui: All overseas immigrants will be concentrated in isolation for medical observation for 14 days 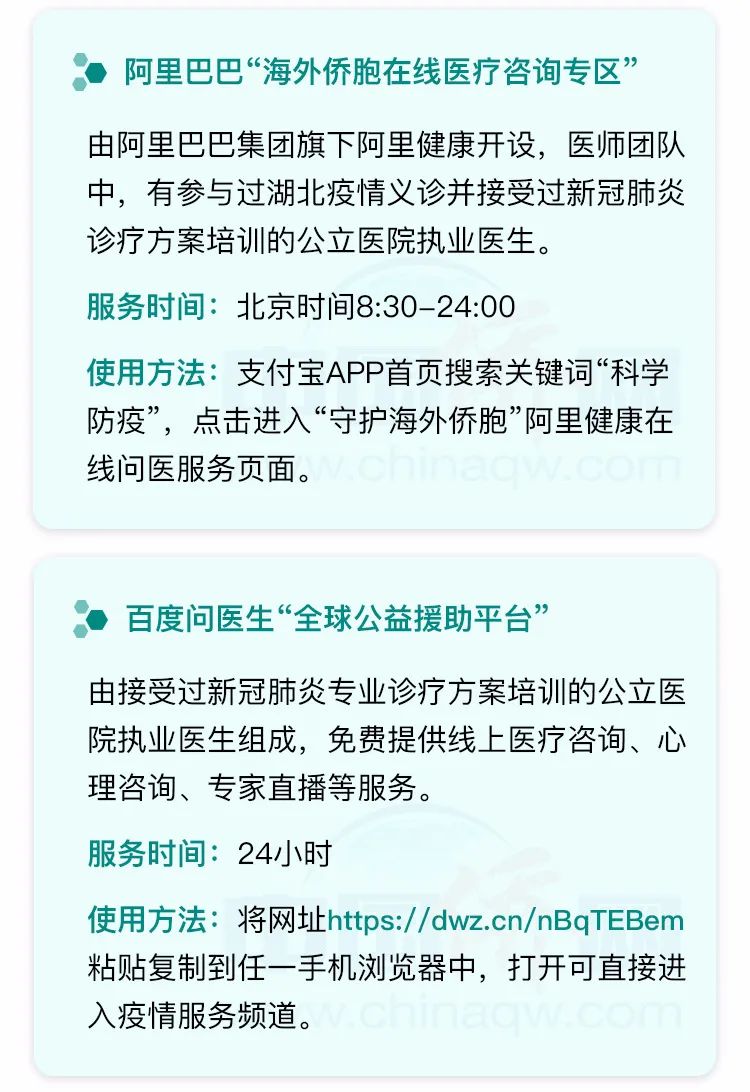