China News, June 27th, comprehensive report, real-time statistics of Johns Hopkins University in the United States showed that as of 18:33 on June 27th, Beijing time, the number of confirmed cases in the new crown has exceeded 9.82 million, and the cumulative deaths exceeded 494,000. In the United States, more than 40,000 new cases were diagnosed in a single day, and multiple states suspended th... 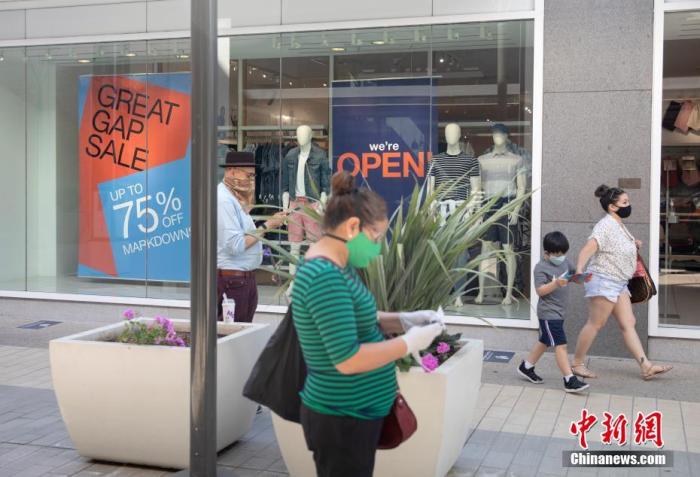 China News, June 27th, comprehensive report, real-time statistics of Johns Hopkins University in the United States showed that as of 18:33 on June 27th, Beijing time, the number of confirmed cases in the new crown has exceeded 9.82 million, and the cumulative deaths exceeded 494,000. In the United States, more than 40,000 new cases were diagnosed in a single day, and multiple states suspended the restart of the economic plan; some European countries were preparing to "open the country"; the church-related infections in Seoul, South Korea increased to 16 people; the growth rate of the Middle East epidemic has not slowed down.

In view of the continued surge in new cases, Florida and Texas announced a moratorium on restarting the economic plan. In addition, the governors of Arizona, Maine, Nevada and other states also said that they will not start the next phase of the restart plan.

However, US Vice President Pence said on the 26th, "To some extent, the number of newly confirmed cases in the United States also reflects the great success of expanding the test nationwide." He also pointed out that the recent new cases Most young people, about half of them are under 35 years old.

In Latin America, Brazil has cumulatively confirmed more than 1.27 million cases. From the 27th, all shops, hair salons and beauty shops in Rio de Janeiro, Brazil, are permitted to open. The governments of Peru and Bolivia announced on the 26th that they would extend the state of emergency until the end of July.

On June 2, local time, on the opening night of the Glyfada driving festival in the southern suburbs of Athens, people drove cars to the venue and enjoyed the performance in the car.

With the gradual opening of new crown epidemic prevention and control measures, the epidemic situation in many European countries has rebounded. Germany, the United Kingdom, and Italy have successively experienced cluster infections. Since May 9, France has confirmed 277 clustered infections, and another 75 clustered infections are under investigation.

After nearly three months of suspension due to the New Crown epidemic, Paris Orly Airport in France reopened on June 26. Airlines and airports have adopted a number of health measures including temperature tests to prevent the spread of the virus.

From July 1, all Greek airports, border crossings and ports will be reopened. Greek officials said that the country is preparing for "opening the door completely."

In addition, there were 6,852 new cases of new crown infection in Russia on the 27th, with a total of 620,794 cases. Russian President Vladimir Putin said recently that the new crown epidemic in Russia is fading.

On June 23, a South Korean citizen passed through Seoul Plaza. Recently, the number of confirmed cases in the metropolitan area including Seoul, Incheon, and Gyeonggi-do has continued to increase. China News Agency reporter Zeng Nashe

The number of new cases in India has remained at more than 10,000 for 16 consecutive days, and the cumulative number of confirmed cases has exceeded 500,000. Considering the recent epidemic situation, the police in Mumbai, India will block most of the buildings in densely populated areas and slums in northern Mumbai.

In Seoul, South Korea, there has been a recurrence of infections, and the number of cases associated with a church gathering infection in Seoul has risen to 16. As there are more than 1,700 believers in the church, the scale of diagnosis may further increase.

An official from the Victorian Department of Health in Australia said on the 27th that the state had found 41 confirmed cases in the past 24 hours, the most new day for a single day recently. Among them, 19 cases are not clear about the source of infection, and the health department is still trying to trace it.

The cumulative number of confirmed cases in the Middle East is close to 1 million, and the growth rate of the number of diagnoses and deaths in many countries has not slowed down. On the 26th, 122 new deaths were reported in Iraq, the highest since the outbreak in the country. The government continues to ban religious and social gatherings and requires people to wear masks in public.

On the same day, 3,838 new cases were diagnosed in Saudi Arabia, a sharp increase from the previous few days. While trying to control the rebound of the epidemic, the Saudi government is also actively promoting the return of social life to normal. The Saudi Ministry of Tourism has officially launched the "Saudi Summer" themed tourism activities.

The latest data from the African Center for Disease Control and Prevention show that Africa has reported more than 359,000 confirmed cases and a total of more than 9,200 deaths. South Africa and Egypt are still the countries with the worst outbreaks in Africa.