Tegnell: "As if the world went crazy"

Anders Tegnell has gone from anonymous official to one of the world's most famous state epidemiologists. In his "Summer in P1" he talks about celebrity, the Swedish strategy to fight the corona virus and that the pandemic is far from over. 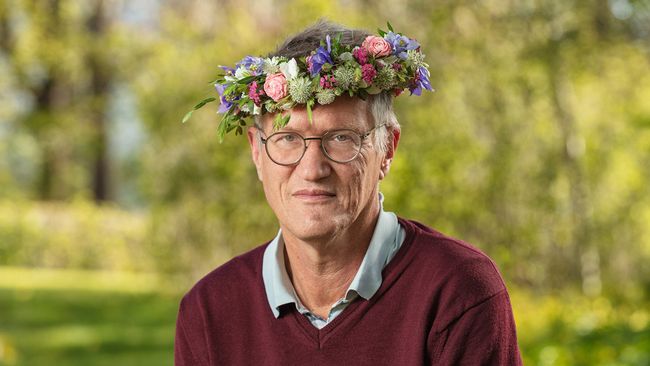 Anders Tegnell, 64, has been a state epidemiologist at the Public Health Authority since 2013. Before spring 2020, it was a fairly anonymous role, but since then much has changed. In his summer talk, he talks about the hatred and criticism that turned into surprising expressions of admiration.

"Being portrayed as a tattoo did not feel okay at all for someone who has worked to prevent infectious diseases for much of their life," Tegnell says in the program.

Around the world, Tegnell has become the face of the Swedish strategy in the corona pandemic. In March, the decision was made to go from stopping the corona virus to coming to Sweden to reduce the effects of the virus, which Tegnell describes as a classic model for pandemic control.

-But then it was as if the world went crazy and everything we had discussed seemed completely forgotten. Country after country closed its borders and shut down their communities altogether.

The corona virus is unpredictable and it is difficult to know which methods have the best effect, says Tegnell. But one thing that many seem to forget is that efforts against the pandemic can have negative effects.

-We know, for example, that it is negative not to meet others, it creates loneliness. The isolation of couples increases the risk of female abuse. Not working and being unemployed greatly increases the risk of many illnesses in the long run. Closing schools is the most obvious example. Children who do not attend school lose a social context, miss school meals and risk not getting valid final grades. Factors that greatly affect their chances of living life in good health.

In "Summer in P1", Tegnell talks about the first time he heard about the new corona virus, in Spain where he celebrated the New Year.

-A New Year's celebration that I can afterwards wonder if it will go to history as the last we celebrate in this way.

Then Tegnell felt no concern, but the situation in the world was worse than he could have imagined.