Alberto Fernández's dark circles were always there, they are part of his image, although they have never been seen as profound as in recent weeks. It is logical: Arg rules Alberto Fernández's dark circles were always there, they are part of his image, although they have never been seen as profound as in recent weeks. It is logical: Argentina governs, a historically indomitable country that makes living in crisis its normality. Not to mention now, in times of the coronavirus and with a renegotiation of part of the external debt that does not finish closing . But there are not a few local analysts who attribute the president's remarkably tired face, above all, to another matter to which he cannot find a solution: Cristina Fernández de Kirchner, his vice president.

So present is the subject, that Fernández himself approached it without subtleties days ago : "I say it publicly to finish fanning this black story that Cristina challenges me and gives me two screams to do what I don't want to do. That doesn't exist and I would not allow that to exist. "

It seems unlikely that such a phrase has been suggested to him by any of his communication strategists, since it is a statement full of dangers for the presidential image . It is much more reasonable to think that the president's very spontaneous comment has to do with his habit of speaking, speaking a lot and as if he were not the president. And in that there is a strategy: Fernández, who all his life was a political operator, always in the offices and far from the mass leadership and inflamed speeches, needs to build an epic of himself, a "story", that concept to whom Kirchnerism is so fond .

Because Fernández is, above all, a political anomaly: a president who came to office because they voted for him, of course, but whom his vice president and twice president decided to place in that position. Hence the question of who is the boss is recurring . And there are many who do not hesitate to affirm that there is no boss, but a female boss exclusively concerned with freeing herself from the judicial cases for corruption that weigh on her and her children. Fernández also struggles against that every day.

Since the Fernández-Fernández duo assumed power on December 10 of last year, Cristina's attitude has puzzled many: known for her verbiage and uncomplicated oratory, the second authority of the State remained silent and left the ground open to your dolphin . So free that he is still not known for comments about the Covid-19 crisis, which in Argentina is beginning to intensify as the country enters the winter.

That generosity of Cristina, sincere or deceived, gave Fernández space to start building a character. The first step was that it was not Fernández, but "Alberto", and there he was successful: the whole country speaks of him by his first name . The construction of the "first professor of the Republic" was another: lawyer and professor of Criminal Law at the University of Buenos Aires (UBA), in the first days of his term he appeared by surprise at the house of studies to take an examination of his students. Last week he gave a class via 'Zoom', and in several of his presentations about the Covid crisis he used graphics that he explained standing up on stage, the classic picture of a teacher.

Added to this is his tendency to appear without a mask and taking selfies with people who do not use them either. Fernández needs to show himself as a popular leader, like "Alberto", and it is good for him to feel that way in the midst of the paradox that is marking the beginning of his mandate: the virus made the greatest contribution to the construction of the presidential image. At the same time, he blocked the development of his entire government program . Its positive image shot up to 80 percent, and, although it has fallen to 60, it is still very high for a country that lives in recession and inflation. According to a study by D'Alessio / Irol, 65 percent of Argentines feel "very cared for" by their government.

So why is there talk of Fernández's wear? " His image is being eroded in what we could call the ruling class : mainstream media, opinion leaders, businessmen, and especially among moderate opponents. There is public overexposure, it is shown too much. And often with nothing to show. That generates wear and tear. "Political analyst Augusto Salvatto told EL MUNDO .

Columnist Eduardo Aliverti , in the left-wing daily 'Página / 12', sees things differently: "How could it be supposed that ideological fury does not prevail in the reaction of the establishment?".

It is a fact that the political truce derived from the Covid has already been broken, and it was Fernández himself who ended it by announcing the expropriation of Vicentín, a major agro-export firm. He gave the news accompanied by a senator, Anabel Fernández Sagasti , who had no apparent relationship to the issue, although it later emerged that she had been the author of the project, instigated by the vice president.

Few understood why the president exposed himself in such a way, and his tone of reluctance and a certain bad humor were striking when announcing the expropriation , which enabled part of the opposition to denounce the "Venezuelanization" of Argentina. According to Carlos Pagni , one of the most influential political analysts in the country, "the model that dominates the government today, mentally, is much more like a reissue of that statism of the former president than what Fernández ambiguously promised. The mask was it has just fallen".

Economy Argentina partially reverses the expropriation of an agro-export company 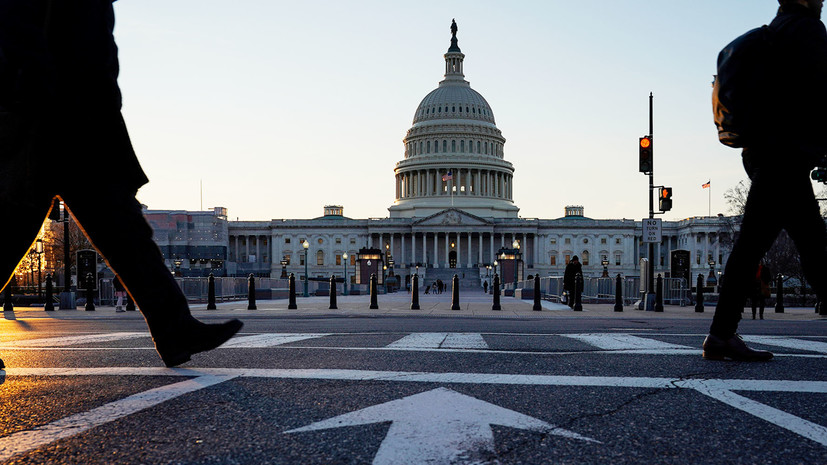