The hub is the large bottleneck in the Öresund train traffic on the Helsingborg - Copenhagen route. The Swedish Transport Administration's plans are to resolve the situation with a brand new platform south of the station. 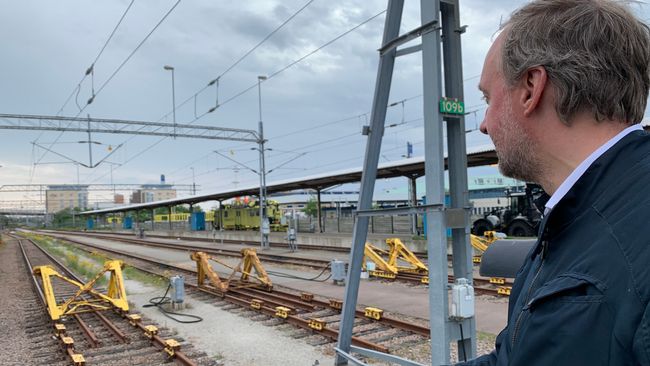 In rush hour traffic, the trains between Helsingborg and Malmö are largely full already at present. Skånetrafiken is now in the process of purchasing double-decked, longer trains in order to increase capacity on the route by the end of 2023-2024 by 50 per cent more seats in rush hour traffic.

- We need to quickly create more capacity at Knutpunkten, Skånetrafiken has had strong wishes for this, says Jack Bårström, who is a community planner at the Swedish Transport Administration.

The problem is that there is nowhere for the new and longer trains to turn in Helsingborg.

The Swedish Transport Administration now has far-reaching plans to build a platform for SEK 75 million south of the station, out on the embankment.

The brand new station part will be called Helsingborg upper.

One problem for travelers is that the platform will be a little away from the station house. How it is safe and easy to move across the area is Helsingborg City's responsibility.

- We think it will be a somewhat messy solution. There will be more space for trains, but it will be more unclear for the passenger, says Torgny Johansson of the city building administration.

In addition, the platform can affect other, much larger infrastructure projects that are connected to the Knutpunkten.

- Right now, it is important to get started on planning for the double track north as soon as possible. So we can see the long-term need for this new platform before it is built, ”says Torgny Johansson.