The Portuguese Mario Centeno leaves the presidency of the EurogroupLisbon (AFP) Mario Centeno, nicknamed "Cristiano Ronaldo de l'Ecofin", announced Tuesday his intention to leave the presidency of the Eurogroup he had held since December 2017, immediately after having resigned from the post of Portuguese finance minister. Speculation about an imminent departure of Mr. Centeno has been circulating for several months, attributing him to the post of governor of th... 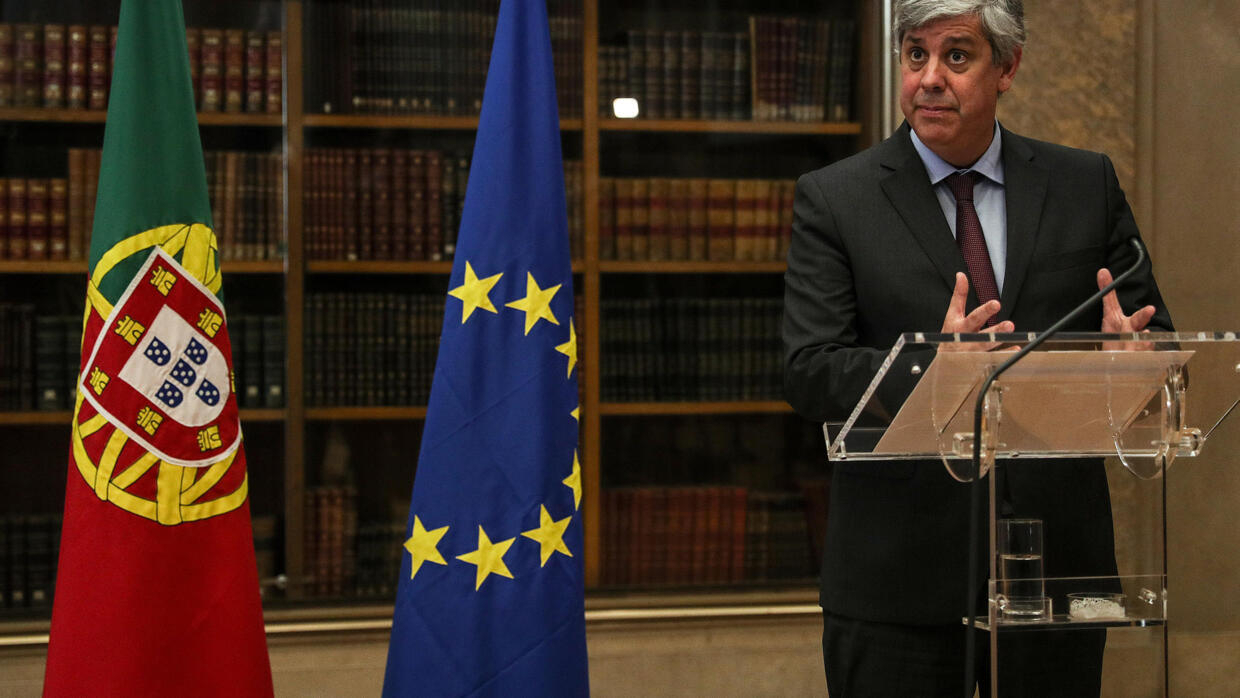 Mario Centeno, nicknamed "Cristiano Ronaldo de l'Ecofin", announced Tuesday his intention to leave the presidency of the Eurogroup he had held since December 2017, immediately after having resigned from the post of Portuguese finance minister.

Speculation about an imminent departure of Mr. Centeno has been circulating for several months, attributing him to the post of governor of the Bank of Portugal which is released on July 7.

"My mandate as president of the Eurogroup will end on 13 July 2020. Thursday, I will inform my colleagues in the Eurogroup that I will not stand for a second term, because on 15 June I will cease to be Minister of Finance from Portugal, "said Mr. Centeno on his Twitter account.

"At the same time, I will launch a call for candidates on Thursday and outline the process leading to the election scheduled for July 9," added the 53-year-old economist.

According to European sources, the finance ministers of Luxembourg, Pierre Gramegna, of Spain, Nadia Calvino, and of Ireland, Paschal Donohoe, are likely to be interested in replacing him. This would not be the case with their French counterpart, Bruno Le Maire, according to his ministry.

The presidency of the Eurogroup is traditionally entrusted to a finance minister for the euro area, who is elected for a term of two and a half years by a simple majority of votes.

- "The Cristiano Ronaldo of Ecofin" -

Mario Centeno succeeded the Dutchman Jeroen Dijsselbloem on January 12, 2018. He had been propelled to the head of the Eurogroup after having proven himself in a socialist government capable of reconciling growth and budgetary discipline.

Former German finance minister Wolfgang Schäuble once described him as "the Cristofon Ronaldo of Ecofin", the council for economic and financial affairs of the European Union.

Abundantly relayed, the anecdote had helped to make it the face of Portugal's recovery, one of the weak links in the euro zone having had to resort to an international aid plan to overcome the debt crisis.

"Our colleague has done a very good job. The question of the future will now arise. The time is not for speculation, but I can tell you that the German government has a very clear vision," said Tuesday. German Finance Minister Olaf Scholz before a videoconference with his counterparts from the 27 EU countries.

In reality, Mario Centeno greatly disappointed his counterparts who, behind the scenes, criticized his lack of charisma and authority.

His departure "ends a chapter that has made the Eurogroup less and less relevant," commented Lucas Guttenberg, an analyst at the Delors Institute in Berlin, on Twitter.

Before Mario Centeno himself confirmed his departure from the Eurogroup, the Presidency of the Portuguese Republic had announced that he had decided to resign and that he would be replaced on Monday by Joao Leao, hitherto Secretary of State for Budget.

In mid-May, Mr. Centeno had narrowly retained his post as Minister of Finance, Prime Minister Antonio Costa having then reaffirmed his confidence after the latter had embarrassed him before Parliament.

Mr. Costa had to publicly apologize after having assured Parliament that a loan of 850 million euros intended to bail out Novo Banco would not be paid until after the conclusion of an audit on this bank in difficulty, while in reality Mr. Centeno had already given the green light to the operation.

The announcement of his resignation came during a Council of Ministers which adopted an amending budget for 2020 taking into account the impact of the health crisis caused by the coronavirus pandemic on the Portuguese public accounts, estimated at some 13 billion euros.

According to the finance ministry, Mr. Centeno was to present the document himself at a press conference late Tuesday.

Appearing Tuesday alongside Mr. Centeno and his successor, Prime Minister Antonio Costa assured that there was "a quiet passing of witness which underlines the continuity of our policy".