Developing an innovative Emirati model for respirators with international standards

The CEO of the Dubai Future Foundation, Khalfan Juma Belhoul, confirmed that the “M061” project launched by the Foundation with the aim of developing an innovative Emirati model of artificial respirators by a specialized scientific team of national and international competencies, represents one of the outputs of the Foundation’s initiatives to support the first line of defense

The CEO of the Dubai Future Foundation, Khalfan Juma Belhoul, confirmed that the “M061” project launched by the Foundation with the aim of developing an innovative Emirati model of artificial respirators by a specialized scientific team of national and global competencies, represents one of the outputs of the Foundation’s initiatives to support the first line of defense in the UAE, and to promote Its capabilities to provide health services at the highest standards.

Belhoul said that the directives of His Highness Sheikh Hamdan bin Mohammed bin Rashid Al Maktoum, Crown Prince of Dubai and Chairman of the Executive Council and Chairman of the Board of Trustees of the Dubai Future Foundation, and his support, was a catalyst for the efforts of the team that was able to implement the project in a short period to support the efforts of the health sector in the UAE in Meeting the challenges of the emerging coronavirus (Covid-19), and maintaining the health and safety of community members. ”

He stressed that the project provides an open source platform that includes detailed information on artificial respirators that can be easily accessed via the Internet from anywhere in the world, reflecting the UAE’s commitment to provide efforts in the health, scientific and technological sectors and cooperation with various countries, governments, institutions and private companies in the face of «Kovid -19 ».

The "M061" project team worked over the course of eight weeks to develop an artificial respirator based on components available in the available supply chains, which can be easily assembled and developed according to need. The team studied the designs of existing respirators, focusing on the effectiveness and durability factors.

The design phase focused on developing robust, scalable devices due to their vital role in maintaining the stability of the case of people living with the virus, and giving their bodies time to counter and recover from infection, especially when the patient becomes unable to breathe spontaneously.

The device performs this task by pushing air towards the patient's lungs to obtain an adequate supply of oxygen, and to help him get rid of carbon dioxide at the same time.

And the device «M061» includes several sub-systems that are combined together in order to perform its medical function very effectively, as the respiratory cycle ensures the ability to breathe the patient and control the inhale and exhale, during the inhale the device mixes the air and compressed oxygen in order to achieve the required oxygen concentration that ranges from 21% to 100 %, And pushes it into the patient's lungs according to appropriate settings.

And the device «M061» meets the needs of each patient because it offers several types of artificial respiration, such as pressure breathing, volume breathing and spontaneous breathing, and the doctor chooses the appropriate type for the patient according to his health condition, as the device provides invasive and non-invasive breathing for periods of hours to weeks.

The device is designed to respond to the shortage caused by the epidemic and relieve stress on healthcare systems by supporting respirators in hospitals, not replacing them.

The team «M061» designed a multi-layer electronic circuit that includes a computer and digital interfaces to support the development of a respirator equipped with a touch screen used by doctors to operate the device and control it, and the team followed professional engineering methods during the development of the device to ensure its conformity to the highest quality standards in preparation for the accreditation process, taking into account the requirements Respiratory disease specialists who treat Covid-19 patients with significant experience in the field of respiratory equipment.

The team "M061" plans to conduct field tests and experiments in cooperation with respiratory specialists and doctors in Dubai hospitals, and to conduct tests on patients after the success of the tests that will be subjected to the device to ensure patient safety.

The project was implemented in partnership between the Dubai Future Foundation, the Office of Artificial Intelligence in the UAE government, the Control and Control Center for Corona Virus Control in Dubai, the Ministry of Health and Community Protection, the Dubai Health Department, the Mohammed Bin Rashid University of Medicine and Health Sciences, and several government agencies, research centers and institutions Global and other startups.

A platform that includes detailed information on easily accessible ventilators. 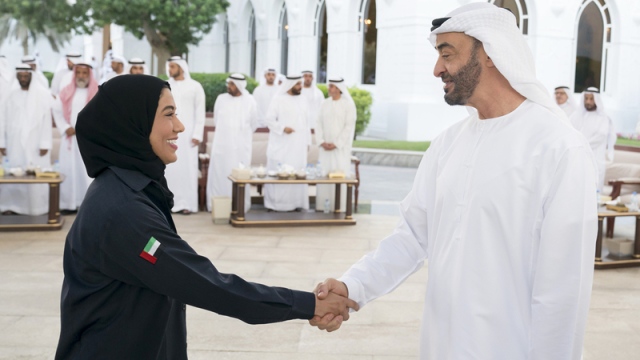 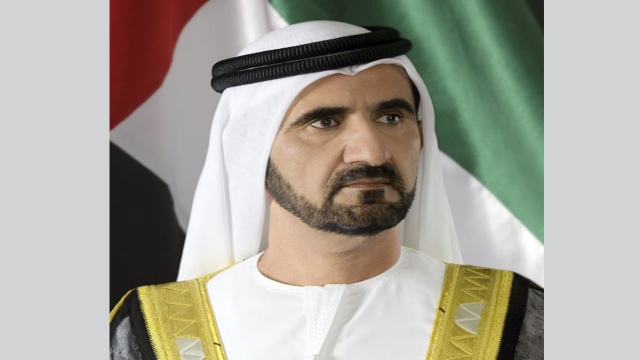 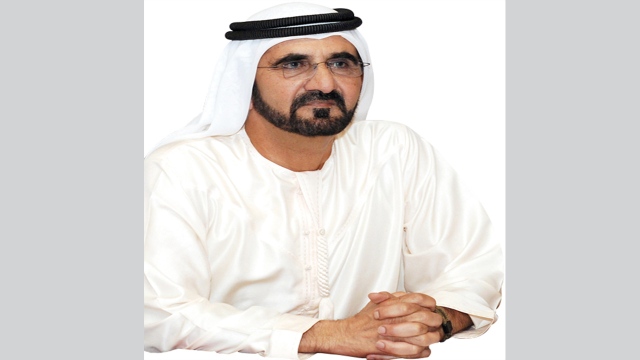 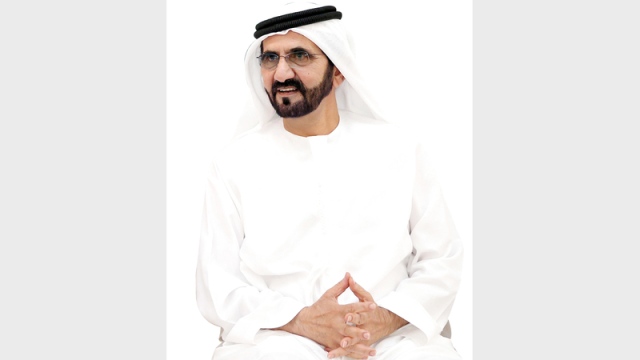 News/Politics 2019-12-12T22:09:52.063Z
Mohammed bin Rashid: Emirati talent is the main driver for development and development in the country 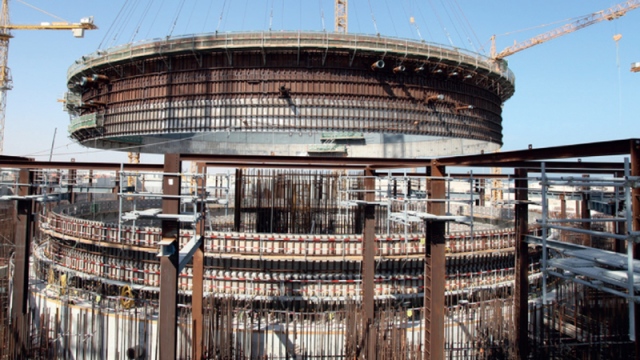 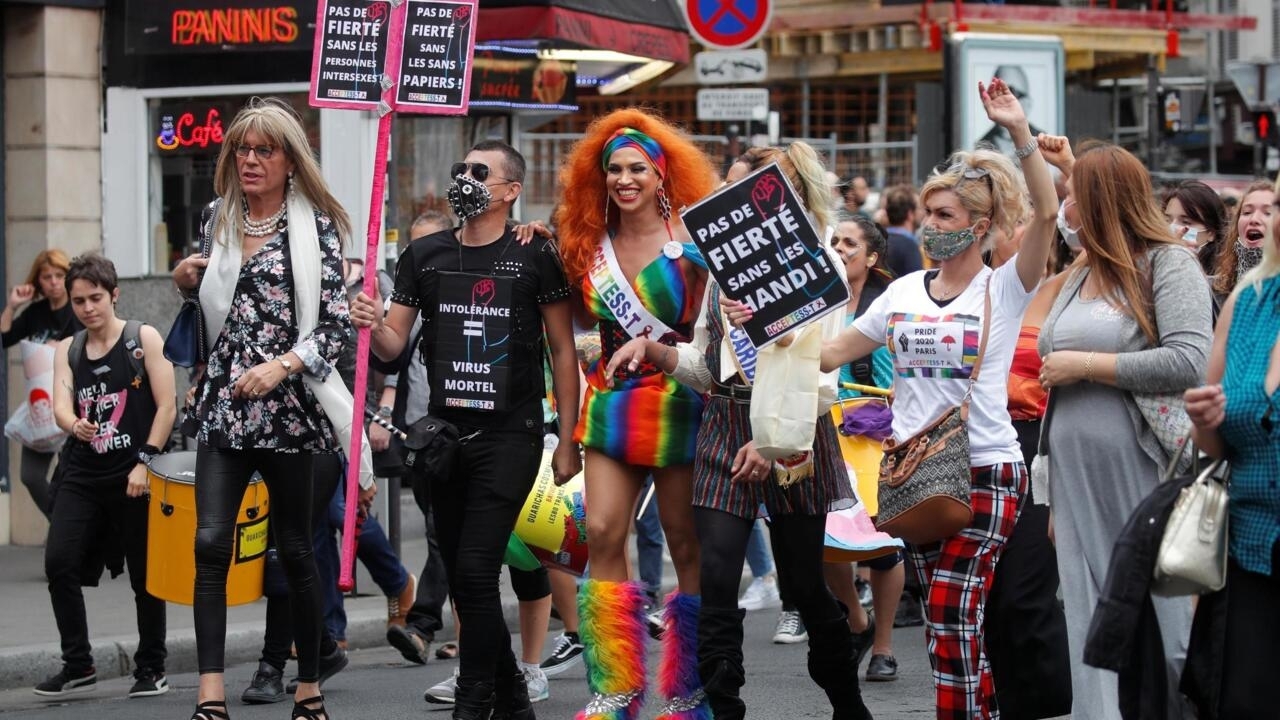 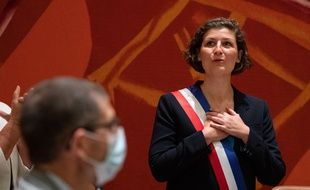