Adapting to survive: science and tourism in the footsteps of Darwin in the Galapagos - France 24

Adapting to survive: science and tourism in the footsteps of Darwin in the GalapagosQuito (AFP) In the Galapagos, cradle of the theory of evolution of the English naturalist Charles Darwin, the pandemic of the new coronavirus has put the activity of scientists on hold and paralyzed tourism, of which this archipelago lives off the coast of Ecuador. While there are almost a month before the resumption of air links to these islands in the Pacific Ocean, located 1,000 km from the c... 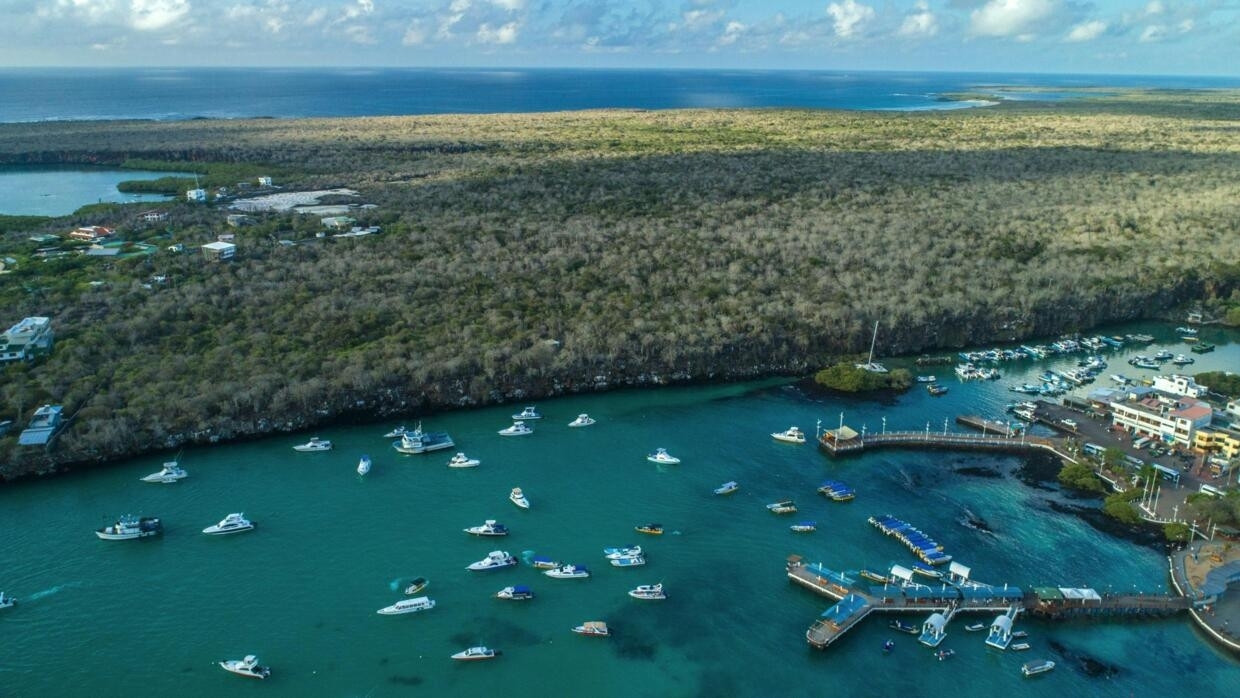 In the Galapagos, cradle of the theory of evolution of the English naturalist Charles Darwin, the pandemic of the new coronavirus has put the activity of scientists on hold and paralyzed tourism, of which this archipelago lives off the coast of Ecuador.

While there are almost a month before the resumption of air links to these islands in the Pacific Ocean, located 1,000 km from the coast, these two sectors follow the principle that made the singularity of this Eden: adapt to survive.

Under the threat of Covid-19, which strongly affected Ecuador, dozens of researchers left the Galapagos. Since then, scientific research projects, the engine of the local economy with tourism, have remained in limbo.

"Science has to a large extent paralyzed these days in the Galapagos," Diego Quiroga, director of the department of investigation and external affairs at the private university of San Francisco in Quito, told AFP ( USFQ).

Sixteen researchers of various nationalities from the Galapagos Science Center of the USFQ were repatriated, as well as fifty students from the United States when, in mid-March, Ecuador closed its borders, suspended passenger flights and limited mobility to stop the spread of the virus.

The 76 projects of this center remained in the planning stage and an international congress, which was to bring together some 200 scientists, was canceled.

The 20 programs of the Charles Darwin Foundation - which has been operating in the archipelago for sixty years - have suffered the same fate.

And nearly 30 scientists and volunteers from this NGO, who were carrying out field work on the islands, "had to abandon their investigation sites in advance", specifies Maria José Barragan, director for science.

With these hasty departures, she regrets, "an important season of investigation which corresponds to the reproductive era of birds has been undermined" in the Galapagos, classified as Natural Heritage of Humanity by Unesco.

The Galapagos National Park (PNG), a public entity responsible for the conservation of this reserve of unique flora and fauna, continues to operate.

Although no longer on site, the researchers did not stop working. Far from the archipelago, which owes its name to the famous giant turtles that inhabit it, they continue to draw up reports, analyze data and publish in scientific journals.

But the Charles Darwin Foundation fears the impact of the pandemic on the allocation of funds and research in the future.

Ecuador, 17.5 million inhabitants, has passed the 40,000 mark, including some 3,500 dead, the Galapagos being the least affected province with 76 infected people and two of its three unaffected cantons.

- Adapting due to lack of resources -

"I think the global picture for the conservation sector, regarding the acquisition and availability of funds, will change because there will likely be other interests," warns Barragan.

"We have to adapt, which is actually the principle of the theory of evolution: change and adapt," she said.

Carlos Mena, director of the Galapagos Science Center, does not think that "funding for science is decreasing, but yes it will move to other sectors, such as economic reactivation or the study of diseases and viruses".

The paralysis of research projects affects the economy of the archipelago, where some 30,000 people live.

According to Mr. Mena, this will translate into almost a million dollars less in revenue for 2020. "Science brings in revenue (...) It's not huge, not like tourism, but yes, it generates revenue. "

In the archipelago, which in 2019 welcomed 271,200 visitors, 85% of productive activities are linked to tourism, a sector that ceased to receive $ 200 million between March and May, according to the Provincial Chamber of Tourism of the Galapagos.

"The income is zero. There have been no tourists, therefore no admissions to the park, nor the economic revenue" they generate, laments Andrés Ordoñez, its director.

To revive the activity, the authorities will allow the return of visitors from July 1.

And Carlos Mena believes that the work of researchers can "serve as a guide for better tourism" in these islands with fragile ecosystems.