Coronavirus: in Venezuela the Maduro government and Juan Guaido negotiated an agreement

In Venezuela, the government of Nicolas Maduro and the opposition led by Juan Guaido announced that they had reached an agreement to fight the epidemic of coronavirus, with the support of Organisa… 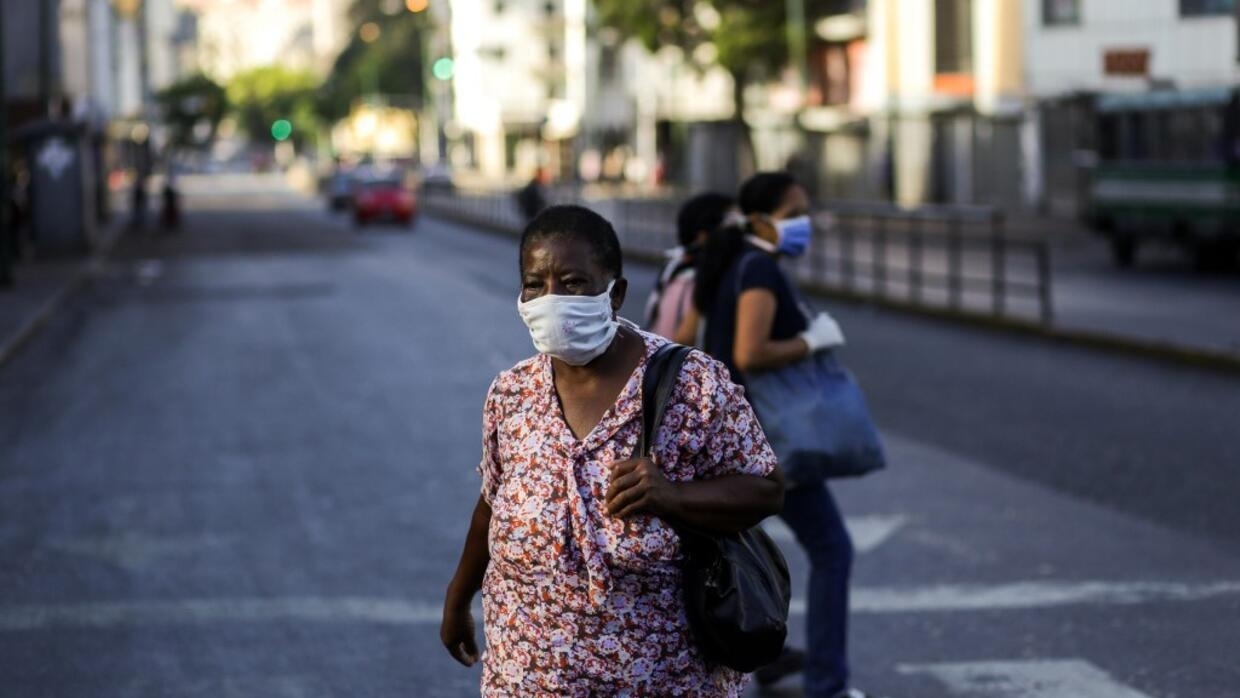 Coronavirus: in Venezuela the Maduro government and Juan Guaido negotiated an agreement

(illustration) A woman wears a protective mask against the new coronavirus on the streets of Caracas, Venezuela. Cristian HERNANDEZ / AFP

In Venezuela, the government of Nicolas Maduro and the opposition led by Juan Guaido announced that they had reached an agreement to fight the epidemic of coronavirus, with the support of the Pan American Health Organization.

The government of Venezuelan President Nicolas Maduro and the Leader of the Opposition and Speaker of Parliament, Juan Guaido, have reached an agreement to jointly seek funds to fight the fight against the coronavirus in Venezuela, with the support of PAHO , the Pan American Health Organization. "  The two parties propose to work in a coordinated manner, in coordination and with the support of PAHO, in the search for financial resources which would contribute to the strengthening of the country's response capacities  " in the face of the coronavirus pandemic.

The document was read on Tuesday on official television by the Minister of Communication, Jorge Rodriguez. Juan Guaido's communications department announced earlier in a press release that " a technical cooperation plan to deal with the humanitarian coronavirus crisis " had been signed   . The text was signed by the Venezuelan Minister of Health, Carlos Alvarado, by a delegate of the Parliament, Julio Castro, and by a representative of the PAHO.

PAHO, interviewed by AFP, confirmed the conclusion of the agreement, without giving details. According to Juan Guaido's team, PAHO will receive "  approved funds for humanitarian aid  ", and the agreement will provide funds for the treatment of the pandemic "  in the hands of international organizations  " and not of the government of Mr. Maduro.

Nuestra política focused on salvar vidas, awaiting the emergence and salvation of the dictatorship.

Relations between the government of Nicolas Maduro and Juan Guaido are usually very tense. Mr. Guaido, President of Parliament, the only Venezuelan institution controlled by the opposition, does not recognize the legitimacy of Mr. Maduro, and in January 2019 he proclaimed himself acting president of Venezuela. A president officially recognized by around fifty countries, including the United States.

Venezuela officially has more than 1,800 cases of Covid-19 contamination and 18 deaths. But international organizations like Human Rights Watch believe that these figures are underestimated and that the real toll is much heavier. The pandemic is hitting a country already hard hit by a severe economic crisis and a collapse of public services. The crisis has caused the exodus of some five million Venezuelans since 2015, according to the UN.

What recovery and what sequelae after the Covid-19 pandemic? 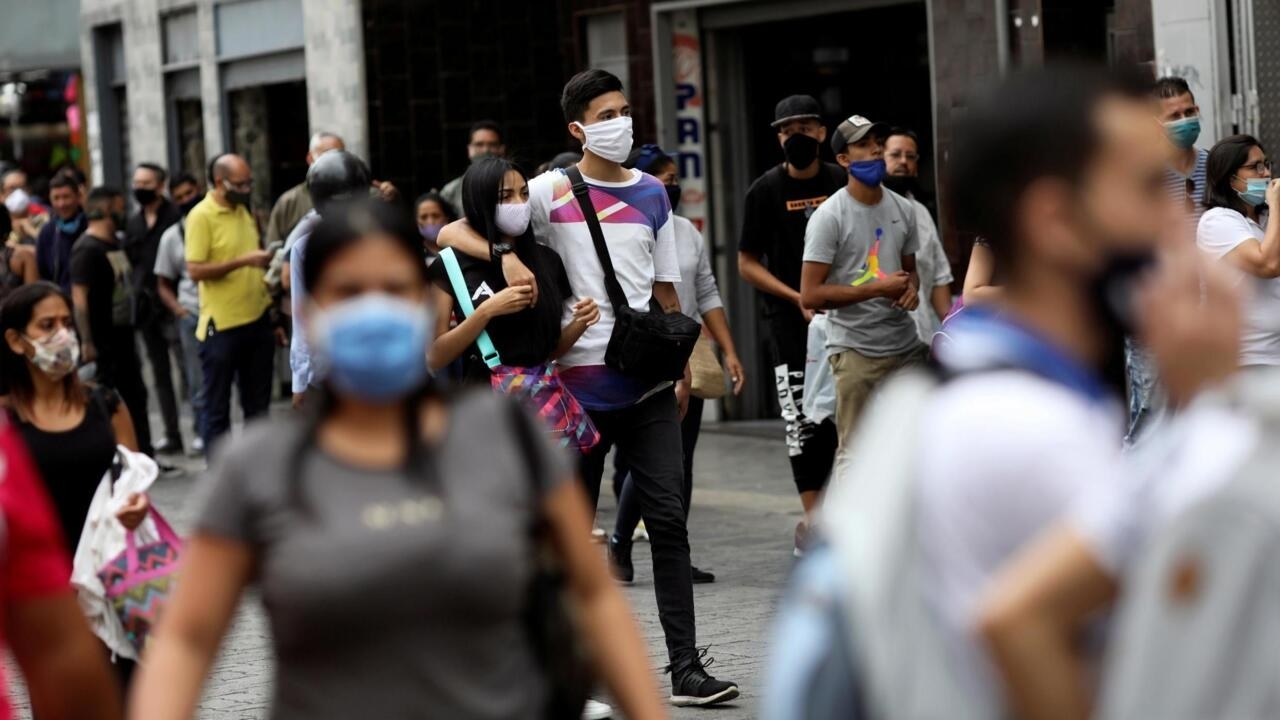 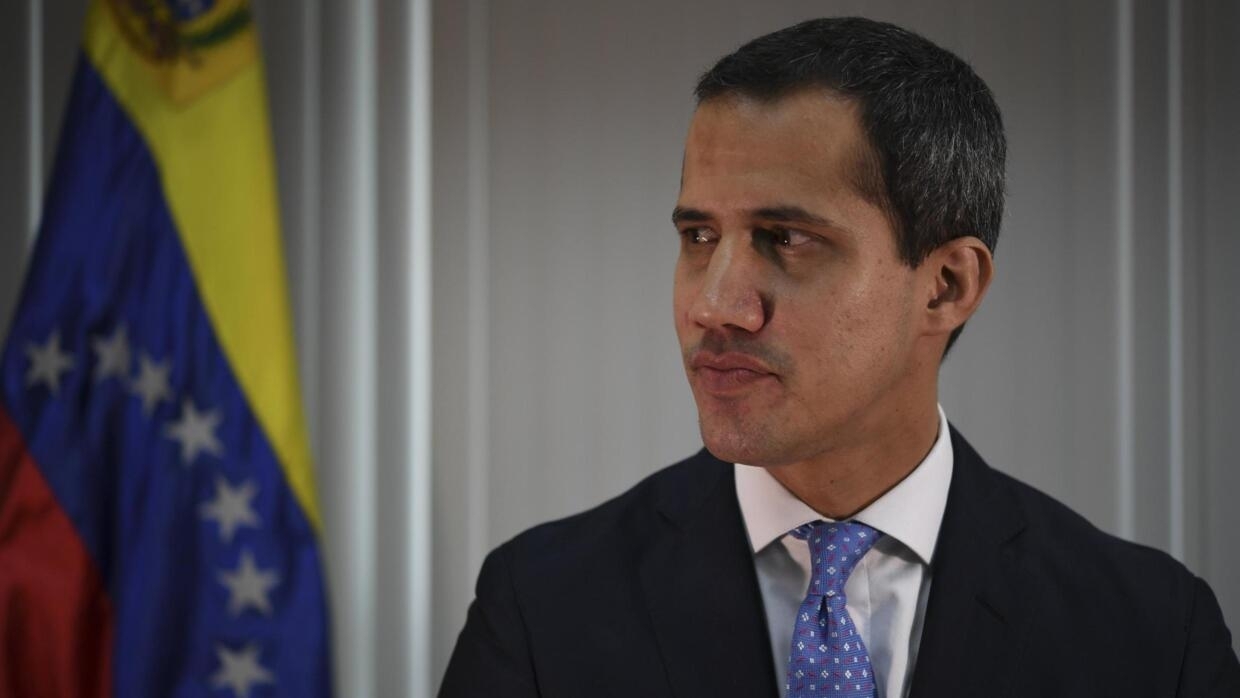 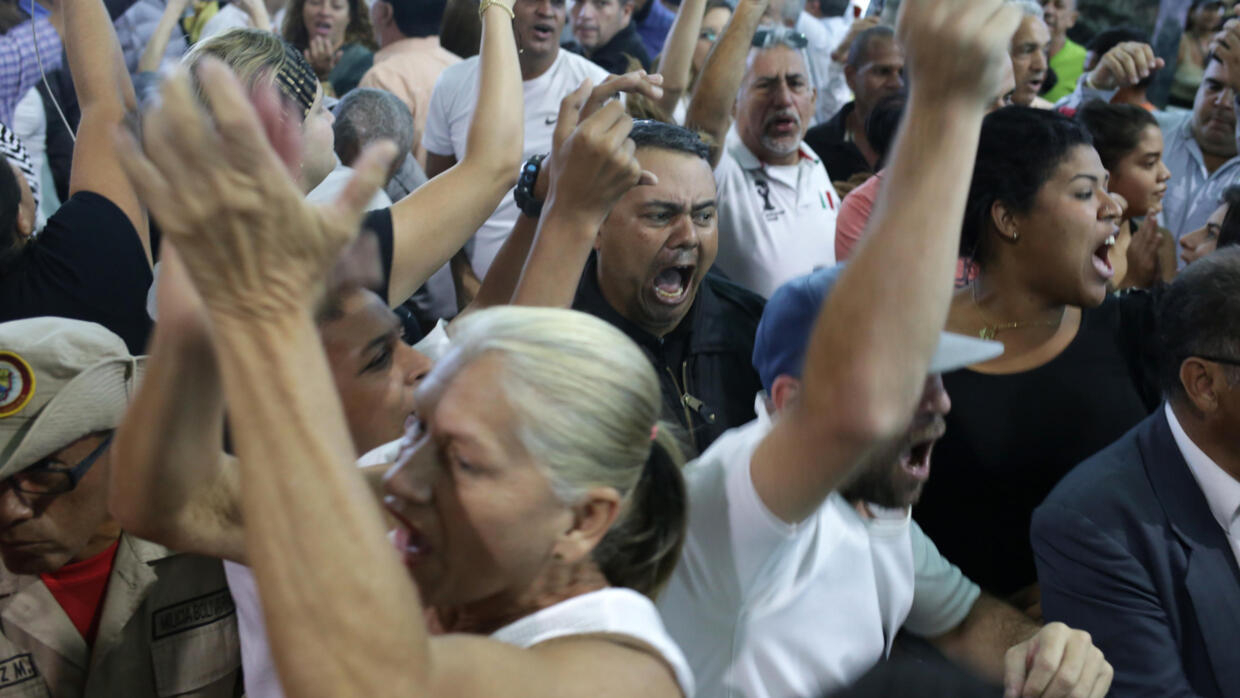 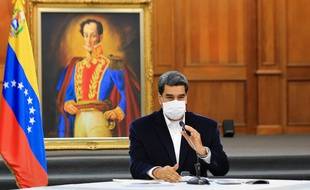 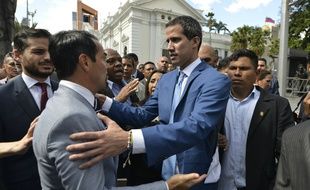 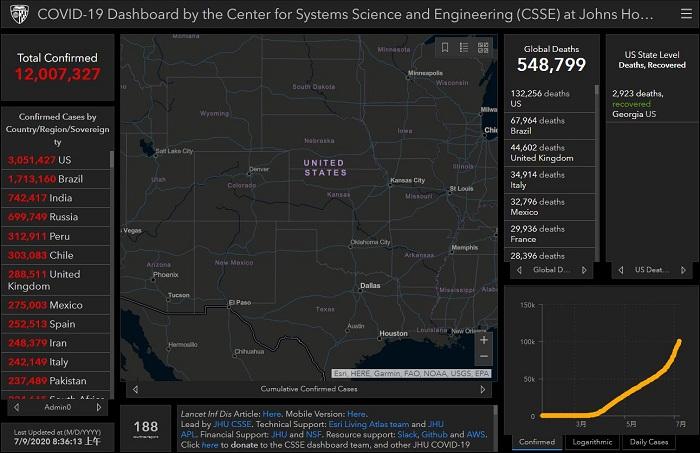 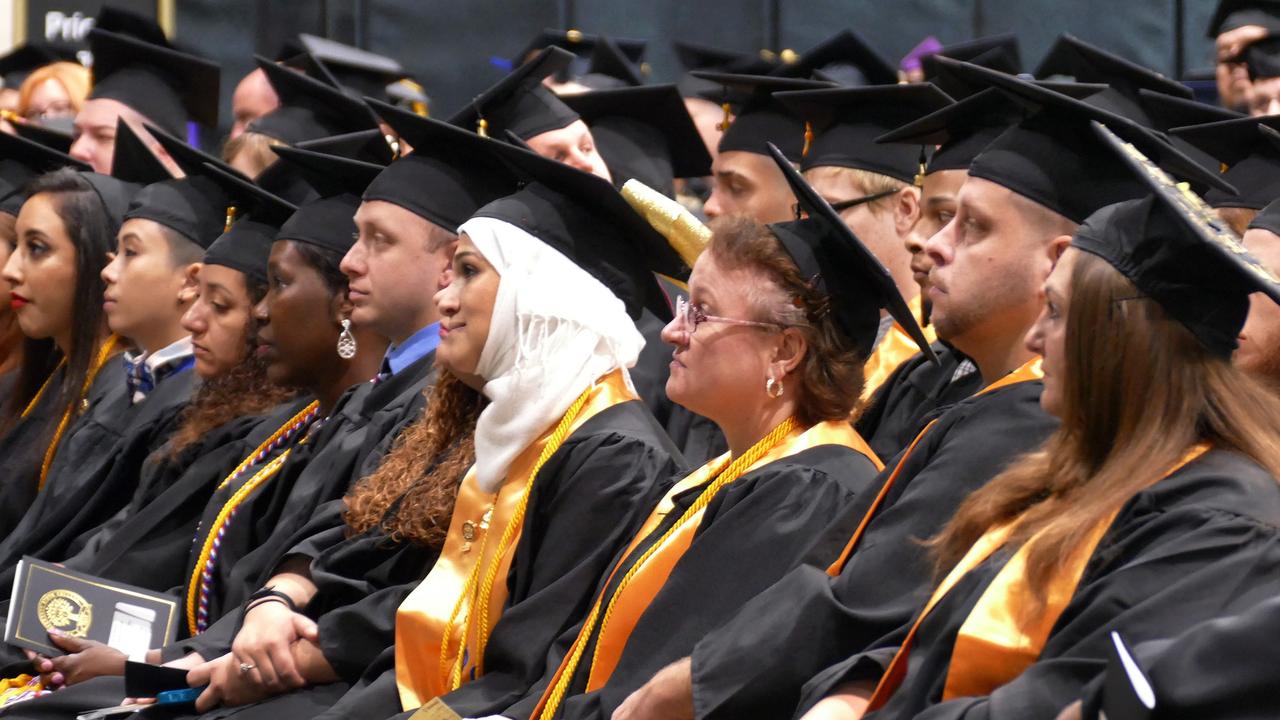 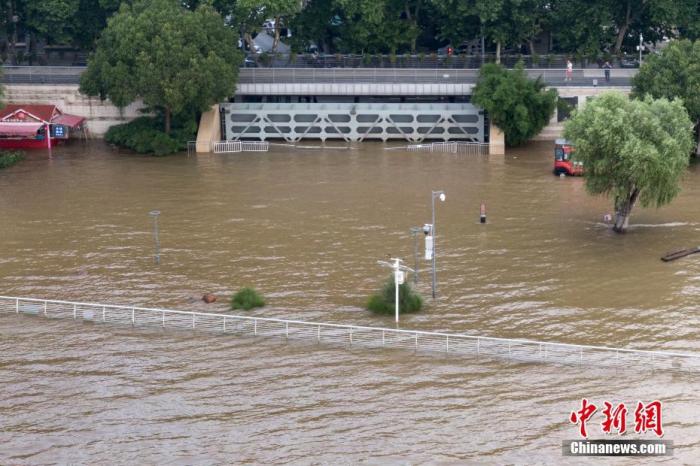 News/Politics 2020-07-09T01:24:19.980Z
The Ministry of Water Resources analyzes the rainwater and flood conditions in the Taihu Basin in the Yangtze River 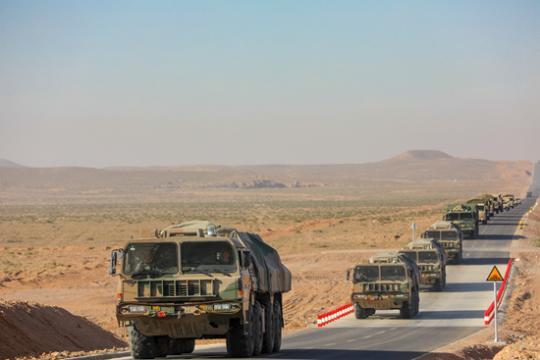