China News Service, June 3rd, Singapore's "Lianhe Zaobao" published an editorial on June 3rd that the world is currently facing the raging of the new crown epidemic, the impact of economic recession and the uncertainty of the US presidential election. Under the interweaving of these three factors, political intensification not only tears American society, but also adds many variables to the glob... 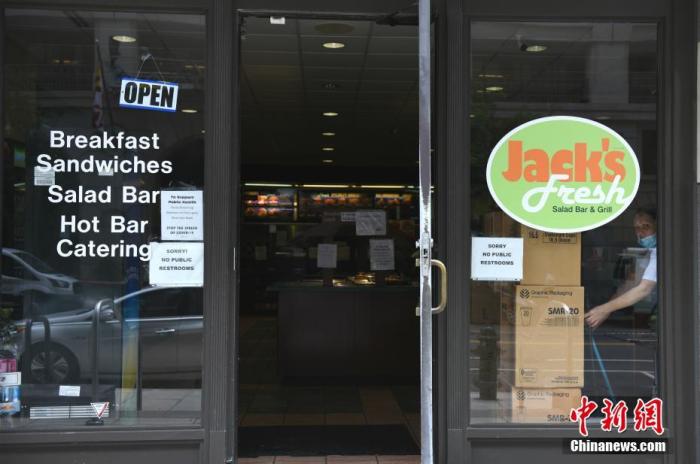 China News Service, June 3rd, Singapore's "Lianhe Zaobao" published an editorial on June 3rd that the world is currently facing the raging of the new crown epidemic, the impact of economic recession and the uncertainty of the US presidential election. Under the interweaving of these three factors, political intensification not only tears American society, but also adds many variables to the global epidemic prevention and control, economic restart, and geopolitical stability.

The article is excerpted as follows:

There have been more than 6 million cases of new coronavirus infections worldwide and more than 370,000 deaths. In the United States, the epidemic has also claimed more than 100,000 lives. Although the epidemic has not subsided, US President Trump has asked states to lift the blockade measures to restart the economy as soon as possible.

On May 29 local time, the US capital Washington began to gradually lift the "home order" and entered the first phase of restart. China News Agency reporter Chen Meng Tongshe

Epidemic prevention experts and some governors worry that premature unblocking may cause a second wave of outbreaks in the United States that are more lethal than the first wave. The crowd gathering during the demonstration and the disregard for the requirement of social distance have deepened their worries.

If the US epidemic worsens, it will worsen its economy and intensify the global economic recession. The US economy contracted by 4.8% in the first quarter of 2020, the largest quarterly contraction since 2008. The epidemic broke out in the second quarter, so the economic contraction in the second quarter will be more serious. In fact, the unemployment rate in the United States reached as high as 14.7% in April, and the number of unemployed has exceeded 40 million so far.

The spread of the epidemic and the economic recession have led to the urgent election of US President Trump in his bid for re-election. In the face of rapidly proliferating demonstrations, Trump pointed his finger at the anti-racist organization "ANTIFA" (ANTIFA), and accused the latter of inciting violent demonstrations to list them as terrorist organizations.

From June 2 local time, the curfew time in New York, USA will be changed from 11pm to 8pm every day to 5am the next day, and the curfew will be extended to June 7th. The picture shows the New York police riding a bicycle patrol near Times Square.

In his speech, he also called himself a "president of law and order." He must deal severely with trouble-making demonstrators, including those who mobilize the army to enforce law and arrest demonstrators who use violence to disrupt social order. However, the article pointed out that the slogan "President of Law and Order" was regarded as appeasing white people's anxiety about social unrest.

The US presidential election is imminent, and the epidemic situation and unemployment in the United States may be the subject of election campaigns. As the saying goes, diplomacy is an extension of internal affairs. Intensified internal problems in the United States are likely to extend to the field of diplomacy, thereby leading to geopolitical unrest.

The excessive use of force by US police law enforcement triggered large-scale demonstrations, reflecting deep social conflicts in the United States, including the problem of widening race and income gap. The rapid spread of the epidemic in the United States and the subsequent unemployment problem have also exacerbated this contradiction.

Data analysis by the US Centers for Disease Control and Prevention shows that the death rate of new crowns among black Americans continues to be high. Black Americans account for 13% of the total population, but nearly 23% of deaths in the US epidemic are black.

Fuch, the chief infectious disease expert in the United States, said that the outbreak "makes it clear to the world" and how "unacceptable" the inequality between blacks and whites in medical care is. Similarly, the unemployment rate of blacks is much higher than that of whites. This partly explains that the black crime rate and the probability of conflict with the police are higher than other ethnic groups.

The article finally pointed out that 2020 is the year of the US presidential election, and the politicization of social conflicts has increased the polarization of American society. At the time of the epidemic and the economic recession, this is not good for the United States and the world. I hope that the situation in the United States will not deteriorate further. But at the same time, we should also be prepared for the spillover risks of US political intensification. 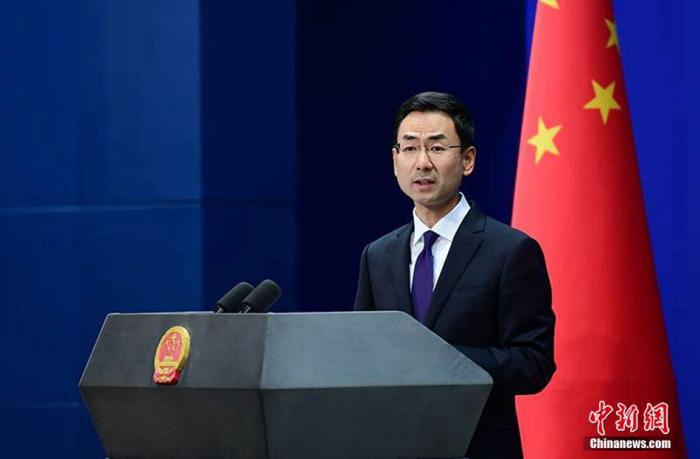 News/Politics 2020-04-28T14:20:59.382Z
Ministry of Foreign Affairs: US politicians “throwing the pot” to China will only further reveal the sinister intentions of the US

News/Politics 2020-05-13T08:03:24.952Z
The report of the Academy of Social Sciences predicts that the 2020 global situation, the eight major trends, the new crown epidemic will become the biggest uncertainty 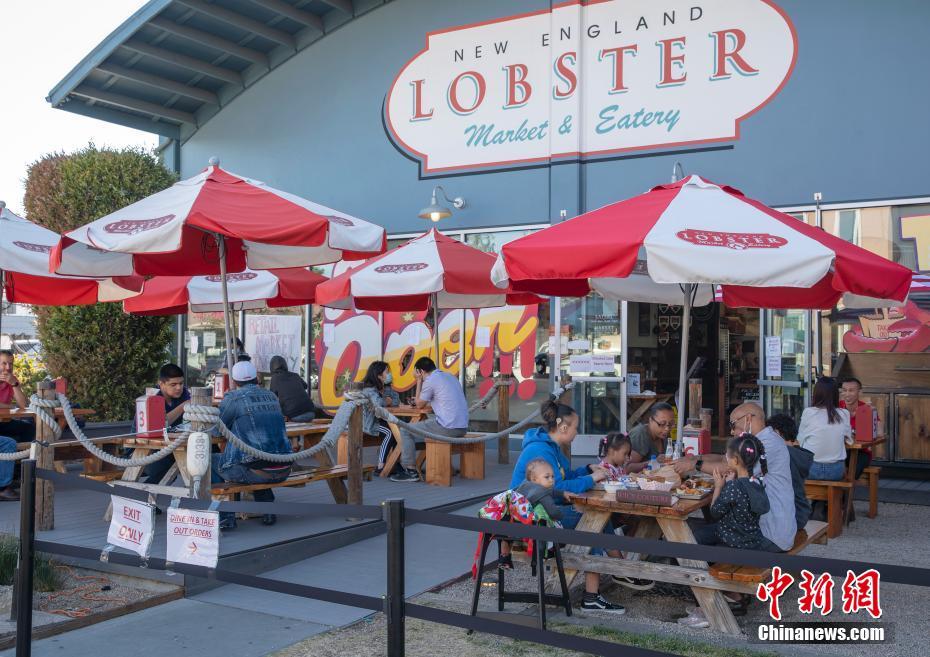 News/Politics 2020-07-08T16:21:30.778Z
Withdrawing from the group one after another, and owing huge amounts of dues, will the United States eventually "refund" to nowhere? 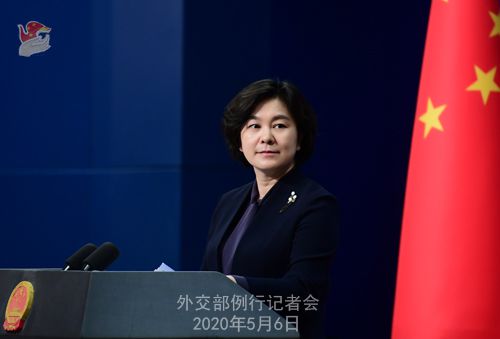 News/Politics 2020-05-20T11:04:03.489Z
Ministry of Foreign Affairs: The United States should strive to defeat the virus at an early date rather than issue an "ultimatum" 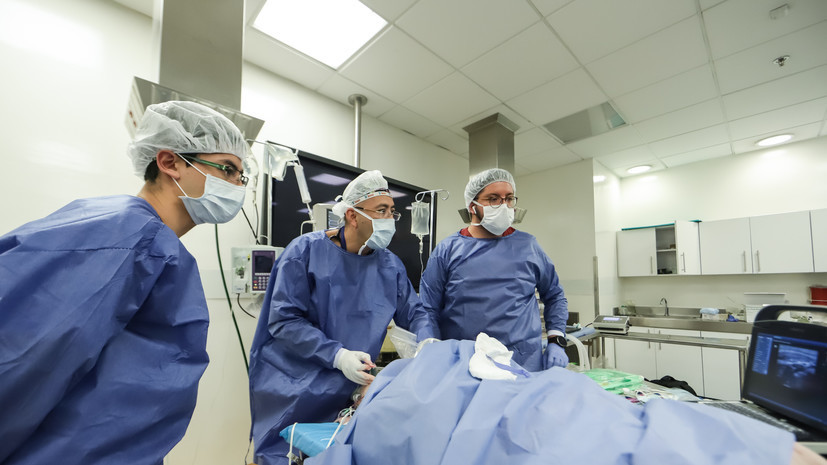