Wu Zhaoxie threatened that "mainland force violated Taiwan", and the Taiwan media taunted: To fight with Tsai Ing-wen, who would he want to scare?

[Global Times Special Correspondent Cheng Dong] Facing the situation in Hong Kong, Taiwan ’s DPP authorities began to make alarmist talks again. Taiwan ’s "Minister of Foreign Affairs" Wu Zhaoxie "predicted" in an interview with the US media that Beijing promoted national security legislation involving Hong Kong while the international community was busy fighting the epidemic. "The next step may be the use of force against Taiwan." The media on the island ridiculed on the 28th that it probably found that it had no focus on Hong Kong-related issues and was worried that the US "big brother" was not satisfied. Tsai Ing-wen and Wu Zhaoxie quickly rushed to the stage to fight each other.

According to Taiwan's "United Daily News" reported on the 28th, Wu Zhaoxie said in an obsessive 26th interview with Fox News in the United States that he respected the US government's "preparation for China's actions to save and protect Hong Kong's freedom and democracy. I think Taiwan is also trying to do the same We have been keeping an eye on the development of the situation, and we have also told China to 'don't do this' so that Hong Kong can maintain its freedom and prosperity.' He said that while the parties are busy dealing with the epidemic, the mainland seems to be expanding and taking action in many parts of the world. In addition to increasing military operations in the South China Sea and the East China Sea, it also put pressure on Taiwan. "If Hong Kong falls, we do n’t know the next step. What will happen, it may be Taiwan. We are very cautious about this and try to protect ourselves. " Wu Zhaoxie also said that Taiwan could easily become the “surrogate lamb” in the eyes of the mainland. “We do n’t want China to think that Taiwan is fragile and can be quickly captured by military means, so we tried to win the support of the United States and other countries at the diplomatic level, while trying to strengthen Defensive capabilities to deter China. "

"China Times" recalled on the 28th that before this, in September last year, Wu Zhaoxie also confirmed that the Taiwan military was formulating a "defense and offensive plan" against the mainland, and the means of retaliation included "air strikes on Fujian Province". As a result, Taiwan's "Ministry of Defense" was forced to Jumping out to refute, "Now Wu Zhaoxie has also detained the Chinese Communist Party's armed crimes against Hong Kong and the national security legislation involving Hong Kong. Can't help but wonder whether it really has its intelligence base, or has another purpose?"

Taiwan ’s “Presidential Office” responded by saying that, regarding the situation in Hong Kong, the related influence on the surroundings, and the developments in the region, “all relevant government units will have a close grasp of the situation and will have appropriate actions to take.” Wang Yumin, chairman of the Kuomintang Communist Party, criticized on the 28th that he did not know whether the intelligence and information that Wu Zhaoxie had acquired wanted to bring a wind direction, shift the focus, or the facts. I hope Wu came out to speak more clearly. If you are talking about facts, this will pose a great challenge to Taiwan; if you just blurt out or want to create political opposition and carry out political operations, then it is not necessary. Former "Diplomat" Jie Wenji said that Taiwan has competent authorities responsible for both sides of the strait and Hong Kong. "Minister of Foreign Affairs" should be cautious in speaking on related issues, but Wu Zhaoxie often speaks on the issues of the mainland and Hong Kong. In fact, he is suspected of exceeding power.

"China Times" said on the 28th that the mainland has never given up the option of "unification of force", even if there is no Hong Kong-related national security legislation, "the possibility of armed violation of Taiwan still exists"; Hong Kong-related national security legislation passes, "does not mean that the mainland will be fast Violent Taiwan by force ". Whether the two sides of the strait will come to the stage where the soldiers meet each other, the key lies in how the mainland and Taiwan view cross-strait relations. The article believes that the DPP authorities have been re-elected and there is no need to consume the Hong Kong issue any more, and there is no need to play the "terrorist card", which will only deepen the hatred between the two sides. Lianhe News said that the national security legislation involved in Hong Kong is to prevent foreign forces from interfering in Hong Kong, to cut off the DPP authorities' interference in Hong Kong, and to punish the merger of "Hong Kong independence" and "Taiwan independence"; if Taiwan does the same thing as the United States Challenge Beijing's bottom line, "That's Wu Zhaoxie's self-fulfilling prophecy."

"Wu Zhaoxie scared anyone", the China Times newspaper ridiculed that Wu Zhaoxie, who was still in charge of Tsai Ing-wen's "broken diplomatic relations" during his tenure, unleashed the mainland's next possible "wutong" Taiwan sensation, "This word was made by diplomacy It was extremely ironic that Wu Zhaoxie said it in a mess. " This is reminiscent of Tsai Ing-wen's inspection of the "anti-decapitation and quick reconnection" she established during her tenure. These actions are basically the performance of the DPP authorities' unwillingness and loneliness, as if they are afraid that everyone will not notice Taiwan, "On the one hand, through martial arts and beheading, they continue to sell dried mangoes to the people of Taiwan (a homonym of the sense of" destruction of the country ") In order to intimidate the people and obtain political interests; on the other hand, it is not without opportunity to express its position, it is intended to remind the United States that in the confrontation between the United States and China, the Tsai government tries its best to add chaos, and it is also very hard. " 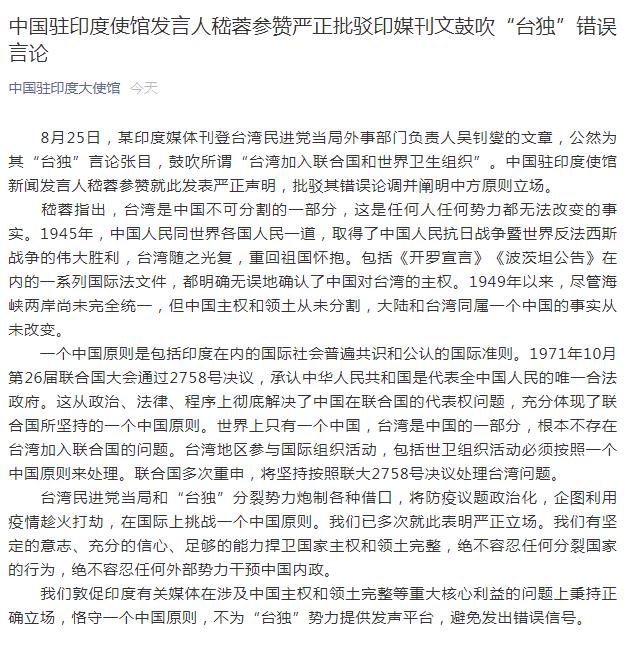 News/Politics 2020-07-20T06:27:28.209Z
Will US lawmakers authorize the president to force Taiwan to use force against the mainland? Taiwanese netizen: joke

News/Politics 2020-11-04T10:41:52.186Z
Media people on both sides of the strait drink "long-lasting" wine together, hoping that cross-strait relations will grow stronger 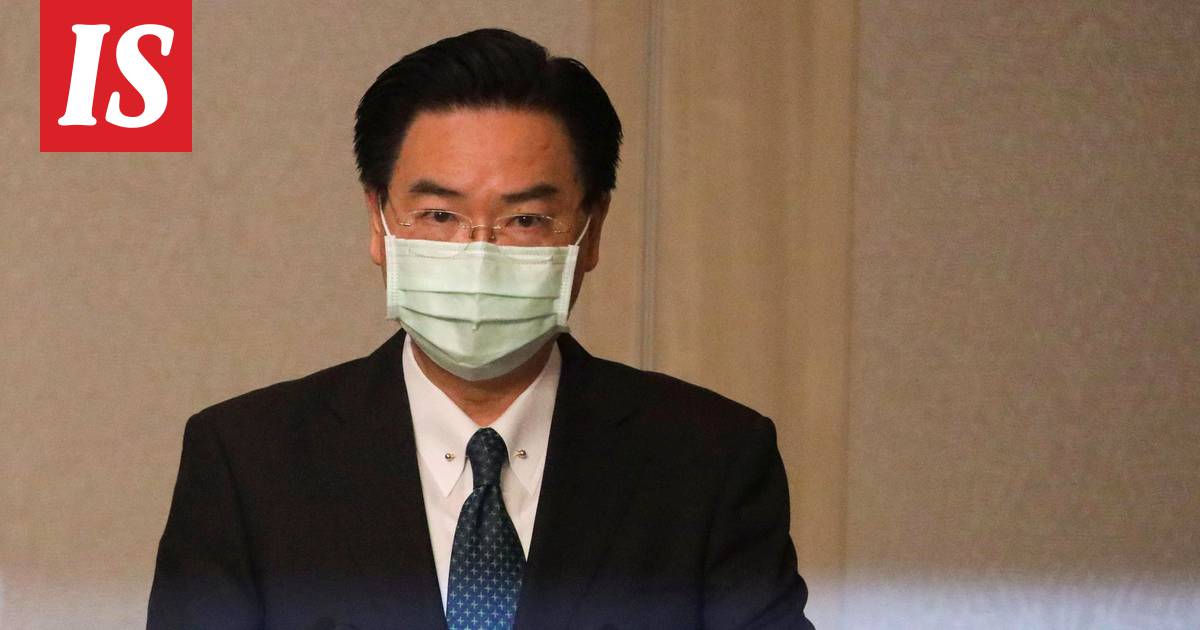 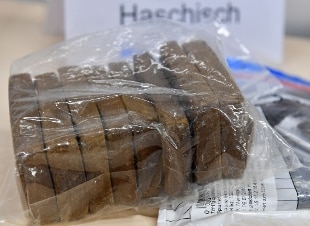