Carina's meeting with the coin thief: "It's awful" 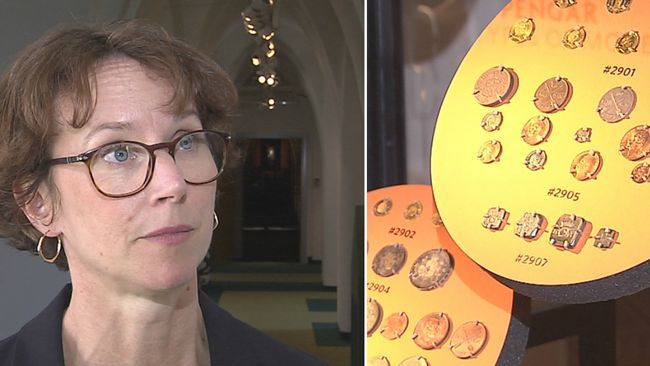 Right now, the documentary series Guldfeber is featured on SVT Play about the thefts at the Royal Coin Cabinet in Stockholm that happened ten years ago. In total, 25 million coins and medals were stolen in Stockholm and a former museum director was sentenced to four years in prison for the crimes.

But it would turn out that the museum manager also stole the Gothenburg City Museum. A house search revealed 21 coins and medals stolen from the Gothenburg Museum - something he was also convicted of.

But over the same time, more than 350 valuable items disappeared from the Gothenburg City Museum and more than 300 coins worth SEK 8 million are still missing.

Expert height above all suspicions

Ten years ago, Carina Sjöholm worked with the former museum manager, who was then invited as a coin expert. She later realized that she must have been in the vault when coins disappeared.

- We have talked a lot about it, we who have worked with him, if we could have acted in some other way or expected this. But it's also hard to imagine that a person with such a good economy and a good job would risk so much, she says.

Hear Carina Sjöholm talk about her meeting with the coin thief in the clip above. The entire documentary series Guldfeber can be seen on SVT Play.