China News Service, April 30, according to the website of the National Railway Administration, a few days ago, the two passenger train accidents that occurred on March 30 and April 12 were concluded by the Guangzhou and Shenyang Railway Supervision and Administration Bureau under the State Railway Administration. The accident investigation The results are announced to the public.

At 11:40 on March 30, the T179 passenger train from Jinan to Guangzhou ran to 1855 kilometers 642 meters between the Matianxu Station and the Qifengdu Station on the Beijing-Guangzhou Line in Yongxing County, Chenzhou City, Hunan Province. The upper slump caused the derailment of the locomotive and the first to eighth vehicles behind the plane. One passenger was killed in the police, 122 passengers (including 4 seriously injured) and 5 train staff were injured, interrupting the traffic on the Beijing-Guangzhou line. After the rescue, the lower line was opened at 9:08 on March 31 and the upper line was opened at 9:48, which constituted a major accident in railway traffic. The site investigation, investigation and evidence collection, technical appraisal, comprehensive analysis and expert demonstration by the accident investigation team revealed that the accident was caused by the sudden collapse of the cutting slope under severe weather and special geological conditions. When the T179 passenger train was running close to this section, The driver was unable to park due to weather and geographical conditions and could not hit the slip body and derail. According to the relevant provisions of the "Regulations for Emergency Rescue, Investigation and Handling of Railway Traffic Accidents" and "Rules for Investigation and Handling of Railway Traffic Accidents", the accident was a major railway traffic accident caused by natural disasters.

At 14:29 on April 12, the K7384 passenger train from Chifeng South to Shanhaiguan ran to the No. 3 turnout at Dayingzi Line, 158 kilometers and 691 meters from the Jincheng Line in Chaoyang City, Liaoning Province. Two vehicles derailed and invaded the Jincheng line, interrupting the Jincheng line, with no casualties. After the rescue, the downward line was opened at 2:57 on April 13 and the upward line was opened at 4:30, which constituted a major railway traffic accident. The site investigation, evidence collection, technical appraisal, comprehensive analysis and expert demonstration by the accident investigation team resulted in the direct cause of the accident was that the accident site was run on a low temperature (-16.1 ° C) environment on December 24, 2019. Locked. At the time of the accident on April 12, the local temperature was 20.2 ℃ and the rail temperature was 37 ℃. The difference between the locked rail temperature and the actual rail temperature was 53.1 ℃. The equipment management unit failed to implement stress relief in time for the temperature rise, and the rail expanded. As a result, the tip rail of the No. 3 turnout was separated from the basic rail, resulting in derailment of the K7384 passenger train. According to the "Railway Traffic Accident Emergency Rescue, Investigation and Handling Regulations" and "Railway Traffic Accident Investigation and Handling Rules", the accident was determined to be the major railway traffic accident of Shenyang Bureau Group Co., Ltd.

After the accident, railway transportation enterprises and local people's governments along the railway quickly organized and carried out centralized rectification of environmental safety along the railway, and coordinated the establishment of road-ground joint prevention and joint control and early warning working mechanisms. The railway department conducts safety inspections and supervision throughout the road, focusing on the safety of high-speed rail and passenger trains, comprehensively rectifying outstanding problems in railway environmental safety, equipment quality safety, and implementation of rules and regulations, focusing on key safety and weak links, and investigating Hidden dangers, risk prevention, compaction and safety responsibility to ensure the safety and stability of the railway. 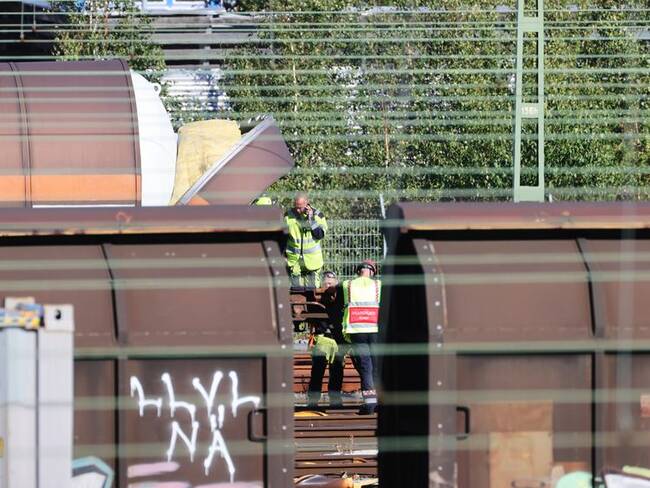 News/Politics 2020-08-13T02:04:23.157Z
The derailment of the British train has caused 3 deaths. The authorities have warned the train company involved

News/Politics 2020-08-13T02:16:39.977Z
The derailment of the British train has caused 3 deaths. The authorities have warned the train company involved 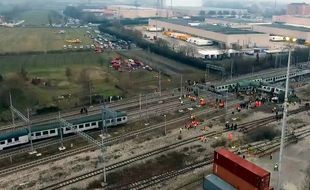 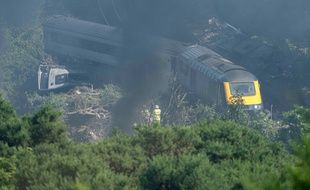