The grandmother donated her body

At 3 o'clock on the night of March 6, Wu Shangzhe's grandmother left, and she failed to bring "Mom's Mom" ​​home after all.

In order to take care of the 89-year-old grandmother, 26-year-old Wu Shangzhe became one of the rare patients who moved from Fangcai Hospital to Vulcan Hill Hospital. She said to her mother who was being quarantined at that time: "Mom, I will take care of your mother and then take She goes home together. "(See the 6th edition of this newspaper" Mom, I will take your mother home "on March 4)

She accompanied her grandmother out of the familiar ward and walked the long corridor, and then the grandmother was sent to the ICU, and she never saw it again.

"Sorry, my task has not been completed." Wu Shangzhe said.

In accordance with her grandmother's wishes, she donated her body. The body organs were taken out and used as a pathological study of new coronary pneumonia, and then they were put back together to restore the appearance before death.

"It is selfish to donate to us. I hope she will not go directly to the funeral home, and hope to be cremated later." Wu Shangzhe said.

The grandmother believed in Buddha before she died, and Wu Shangzhe put "Longing Mantra" on the head of the bed. A timid aunt came in the same room and asked her to turn up the volume. "If you want to cry, just cry, it doesn't matter. Don't be afraid we are by your side."

When the mother heard the news, she was calmer than expected. She only said two words on the phone, "Actually, my mother's needlework is very good. In the future, my clothes are broken and I can only lose them." The mother said again. "How can I be coquettish in the future?"

March 14 was the day when Wu Shangzhe was discharged from Vulcan Hill to the isolation point. She was a little embarrassed, and she didn't want to understand many things, and went straight ahead. The attending doctor called her and beckoned with her from afar, and she realized "I don't even say goodbye to others." She walked a few more steps, suddenly thinking that she might never see again in the future, rushed back and hugged them.

When she walked out of the hospital, she felt trance. Someone was holding a mobile phone to shoot video for her. She was a talkative person, but her mind suddenly went blank. "It's always incoherent." In Vulcan Mountain, if she did not walk out of the ward deliberately, she could not see the sunlight. She lived indoors for 26 days. The weather was very hot on the day she came out. She wore a military coat and "seeing the real world, it feels a little unreal."

"I have been sick for a month, I feel very magical. The things that happened to me in the previous paragraph are obviously close, but it feels far away." Many cameras were facing her, and some people shouted, "You give me medical care. Bow ". Only then did she react and turned back to see the nurse looking at her in the door. She bowed, and suddenly someone gave her a military salute.

"At that moment, the tears were raining, which made them cry. It was very dangerous. The protective clothing got wet and the effect was not good."

Later, the familiar medical nurse told her: "Everyone is going out alone, and many people will see you off today."

In fact, she has never seen their front faces. "When you see a person's eyes, your brain will probably spell out his full picture. When you really see his full face, you can't match the fantasy in your head. There is a sense of strangeness. "She later realized that she had a video chat with the doctor." It turns out he looks like this. "

Before leaving, Wu Shangzhe packed up her luggage, and many doctors and nurses gave her snacks. She likes spicy food, and grandma likes sweet food. She subconsciously brought cake and sugar, "I can bring it to my grandma if I don't eat it", and then suddenly realized that it was unnecessary.

Isolation points are not surrounded by doctors like in hospitals. Some people are flustered and always call "Where is the doctor". Wu Shangzhe once expected, "How can I take care of my grandmother if there are few doctors at the isolation point?" She didn't worry that her grandmother could get out of Vulcan Hill, but she was afraid that she would "break at this stage."

"I can only rely on my grandmother to carry it myself." She thought at that time, "My thoughts are not very greedy. I never thought of asking her to live for a hundred years. I just wanted to take her home. It's a very small idea. Too much is too late. Say, there are too many things to do, just want to make up for the shortcomings. "

When she first arrived, the isolation point was very quiet. She had never seen anyone before. She felt that everyone was living in the dark night, and she began to act when she heard the noise. That day, she was crying in the room, and after a while, there was a voice outside the door, "Where is the child crying?"

When I opened the door, I saw an old grandfather who made new friends at the isolation point. The friendship under the epidemic straddled the ages, and he reminded her of his grandfather. They went to the rooftop to walk and chat together. The grandfather said that his wife had passed away. The aunt next to him interrupted him, "Don't talk about this, you will be sad."

"Everyone is a similar tragic figure." Screenwriter Wu Shangzhe can already see his story from the expression of the person, "The person cried while talking, you know that someone in his family has left; if a female wow wow Crying may not be because someone died, but because there is a child in the family who is not cared for. "

Grandpa Wu Shangzhe stepped away from the isolation point first. She watched him on the balcony. It had just rained. She hadn't seen the rain in a long time. The real nature touched her. She cried and said she was "too hypocritical today."

After grandma died, she dreamed of her 4 times. The first time was 3 days after the grandmother's death, Wu Shangzhe was still at Vulcan Mountain. The scene in her dream was also very similar to Vulcan Mountain, but it was whiter than Vulcan Mountain. She dreamed that the doctor dragged her to a place, and the doctor opened At the door, she saw her grandmother looking at her silently, and the doctor asked, "Do you regret coming here?" "No regrets." After that, all the images disappeared instantly. "Except that everything is too white and too cold, it's too realistic."

My mother also wanted to dream about her grandmother, but she couldn't do it. Wu Shangzhe said to her mother that maybe her grandfather and grandmother only had one coin. The two old men thought about it in the phone booth. They thought their daughter was dumb, and the probability of calling their granddaughter was higher. "Alternatively, they have called mother, but she doesn't know."

After the grandmother left, Wu Shangzhe's "Vulcan Mountain Diary" stopped updating, but netizens still followed her. A netizen once asked Wu Shangzhe to help find her grandma who was transferred to Vulcan Hill Hospital. Later, the netizen sent a screenshot of the video screen-because I was staring at the news every day, hoping to see my grandmother's figure, and finally got his wish.

"When I go to help my grandmother, many people will have a sense of substitution. I am also pleased to see that other people's grandma is good." Wu Shangzhe said.

On March 28, Wu Shangzhe returned home. When she entered the door, her mother said to the air: "Mom, Shang Zhe went home."

News/Politics 2020-04-07T23:36:29.786Z
She moved from the shelter hospital to Vulcan Hill to take care of her grandmother but the grandmother left

News/Politics 2020-04-06T05:33:45.892Z
The "post-90s" civilian staff in the frontline of epidemic prevention and control in the joint logistics support forces 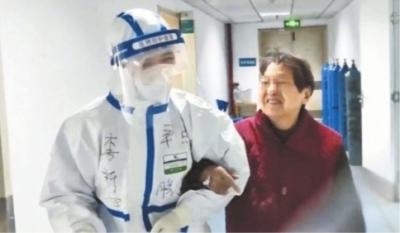 News/Politics 2020-04-04T03:45:51.871Z
National Day of Mourning: Anti-aircraft alarms resounded in the three towns of Wuhan to mourn the dead spontaneously 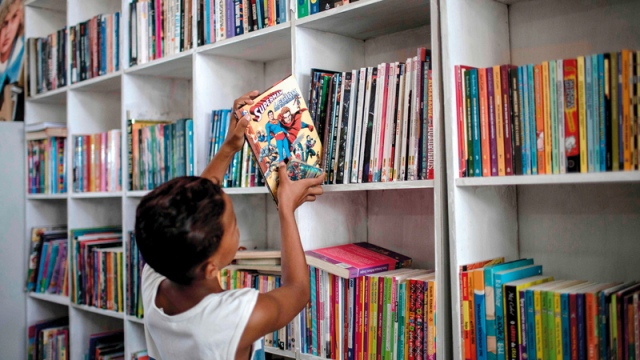