Marines jump from the landing assault vehicle of the Marine Corps, which landed on the enemy's coast, and run towards the enemy camp. The Marine's fatality is to thank the enemy's heavy weapons if there is a natural cover like a rock while the fire is on fire.

Marines jump from the landing assault vehicle of the Marine Corps, which landed on the enemy's coast, and run towards the enemy camp. The Marine's fatality is to thank the enemy's heavy weapons if there is a natural cover like a rock while the fire is on fire.

The survivability of the marines will increase significantly if the amphibious helicopters that followed the amphibious assault vehicle cover. Even after landing successfully, the attack helicopter's cover is a thousand thousand horses for marines even in the ground operation to take control of the enemy.

At present, the atmosphere going back is domestic development. It is a marine-on armed type equipped with an armament on a marine landing helicopter marine-on developed based on the all-weather helicopter surion of the Korean aerospace industry KAI. If so, can KAI meet the Marine Corps' Operational Requirements (ROC) and create a marine-on armament comparable to foreign attack helicopters such as Viper and Apache?


● Marine-On Armed, Viper Above, and Apache

The Marine Corps is planning to introduce 24 amphibious helicopters. The Defense Agency for Technology and Quality conducted a preliminary study on the Marine Corps landing attack helicopter introduction project. It is a process to examine whether it is a domestic development or an introduction abroad.

The Defense Acquisition Program Administration is currently formulating a basic business promotion strategy with the domestic development plan of the Defense Agency for Technology and Quality. If the basic strategy for business promotion is decided by the Defense Project Promotion Committee, KAI will develop a marine-on armed helicopter for the Marine Corps amphibious attack.

On the other hand, the American Bell Helicopter's viper (AH-1Z) is 14m / s, while the American Boeing Apache (AH-64) is 12m / s. Louis Balkra, developed by South Africa, has an attack helicopter of 13m / s. Viper, Apache, and Louis Balk soar 13m while Surion and Marineon rise 8m in 1 second.

In addition, if Marineon is upgraded to a landing attack helicopter, it must be flame-retarded and equipped with all kinds of weapons and auxiliary fuel tanks. The weight of the helicopter is greatly increased. The vertical rise rate of the Marineon armed is slower than that of Surion and Marineon. When the Marineon Armed Forces are actually developed, the world's sluggish attack helicopters will be born.

The Marines have to cry and attack even slow attack helicopters to eat mustard. It is highly likely to end with the development of an attack helicopter for the needs of the Korean Marine Corps. Very uneconomical. I don't know if the price of the Marion-on Armed Forces is significantly lower, but even that is hard to expect.


● If price competitiveness is not good…

In the case of the Viper currently operated by the US Marine Corps, the price per unit is similar to the Marineon armed type according to the ROC of the Korean Marine Corps. The Bell Helicopter is said to have a lower cost per unit than the Marion armed 37 billion won. Apache is a bit expensive. It goes up to 50 billion won per unit. However, because the ROK Army's large attack helicopter is Apache and plans to purchase additional, there is much room for lowering the price for the Marine Corps.

As Marines operate Marineon as an amphibious mobile helicopter, when a Marineon armament is born, both mobile and attack helicopters are based on Surion, which can significantly reduce repair and maintenance costs. However, in terms of price and performance, it is a reality that the Marion On Armed Forces are far less competitive as attack helicopters. The question is whether political judgment was involved in the prior research of the Defense Agency for Technology and Quality. 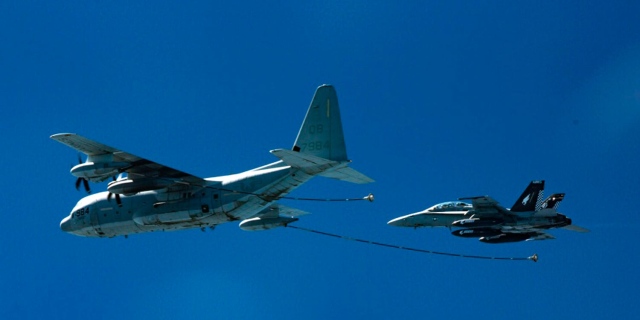